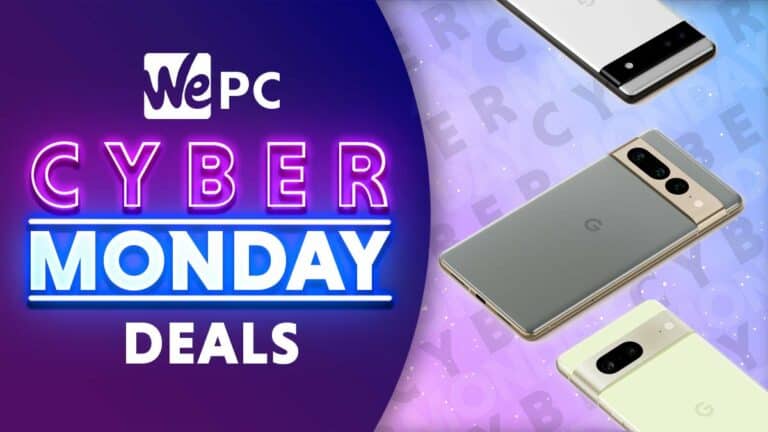 Google chose the perfect time to release its much-awaited phone, the Google Pixel 7. With just a few weeks remaining on Cyber Monday and Black Friday, Google has released a great gift for its users. They hosted the “Made By Google” event on October 6 and announced Google Pixel 7, which was released recently on the 13th of October. So if you are a fan of Google smartphones, the newest addition to the lot is made just for you.

2022’s biggest sales events are coming ahead, and mobile phone users have their eyes set on buying their favorite smartphones at discounted prices. Google’s Pixel series phones are loved by many because they have industry-leading cameras, receive rapid software and security updates directly from Google (just like iPhones), and are reasonably priced. So if you’re looking to buy the newest Google Pixel 7, keep your wallets ready as the Cyber Monday sales arrive on November 28.

Google’s smartphones got famous with the Pixel series, which was introduced in 2016. The Google Pixel 3 has the most sales, crossing 8 million worldwide. Fast-forward to Google Pixel 7, which is currently termed the best Android smartphone. It’s been a few days since the release of Pixel 7, and Black Friday, along with Cyber Monday, might bring the first big discount on the new flagship phone.

Where To Find The Best Google Pixel 7 Cyber Monday Deals?

Last year on Black Friday/Cyber Monday, we found some good deals on Pixel series smartphones at BestBuy, AT&T, and Amazon. All the smartphones from Pixel 5a to Pixel 6 pro saw a $50 discount, which is not big considering the expectations for the year’s biggest sales event.

Having said that, due to the competitive nature of the smartphone marketplace right now, we can expect better deals for this year’s Cyber Monday.

Along with Google Pixel 7 and 7 pro, which will be getting their first discounts, other Pixel phones, especially Pixel 6 and 6 pro, are set to get the biggest discount yet. Amazon, along with BestBuy, Walmart, and other options, is always the best place to look for major deals.

Android users have finally found a smartphone that makes iPhones in terms of software and hardware quality. With so much hype behind the Google Pixel 7, this year’s Black Friday and Cyber Monday are expected to feature the first big discount of the Google flagship phone of 2022. So keep your wallets ready as the biggest sales event arrives this autumn.

When Will Google Pixel 7 Cyber Monday Sales Start In 2022?

Thanksgiving is on November 24, immediately followed by Black Friday and Cyber Monday on the 25th and 28th of November, respectively. But we can already see some great discounts on flagship phones of multiple brands. The preliminary deals have already started, and the aftermath deals will last until Pearl Harbour Remembrance Day. The Google Pixel 7 is a new entry and might see some amazing discounts during this sales period. So, don’t miss the chance to avail the best deals.

How To Get The Best Cyber Monday Google Pixel 7 Deals In 2022?

Google will most likely host most of the deals on the Google Store. Still, retailers such as Amazon, Best Buy, Target, and the carrier trifecta (AT&T, Verizon, and T-Mobile) will almost certainly discount the Pixel 7.

Google has offered amazing features and improvements in the new Pixel 7 and Pixel 7 Pro. The arrival of Android 13 and a trio of colors to choose from (Pixel 7 comes in Obsidian, Snow, and Lemongrass; Pixel 7 Pro comes in Obsidian, Snow, and Hazel) are among the similarities. The models also share the same core components: both use the Pixel Tensor G2 processor and Titan M2 security chip, which powers many of the Pixel 7 series’ new features. Aside from a larger display and a 48 MP telephoto sensor in Pixel 7 Pro, the Pro model increases system memory to 12GB of RAM, up from 8GB in the base model.

When do Pixel 7 deals start on Cyber Monday?

Typically, early in the morning on the Monday following Black Friday. Some retailers extend their Black Friday deals to Cyber Monday, so you may not see new deals but updated terms of the Black Friday deals. In any case, look for some amazing deals in late November.

Which is better, Pixel or iPhone?

The Pixel has a larger screen and a faster refresh rate than the iPhone. The biggest distinction between these two is simply physical size, with the iPhone being the more compact phone and the Pixel being a wider and taller device.