Looking for a mobile performance upgrade? The Amazon Prime Early Access Razer laptop deals are the answer you're looking for! 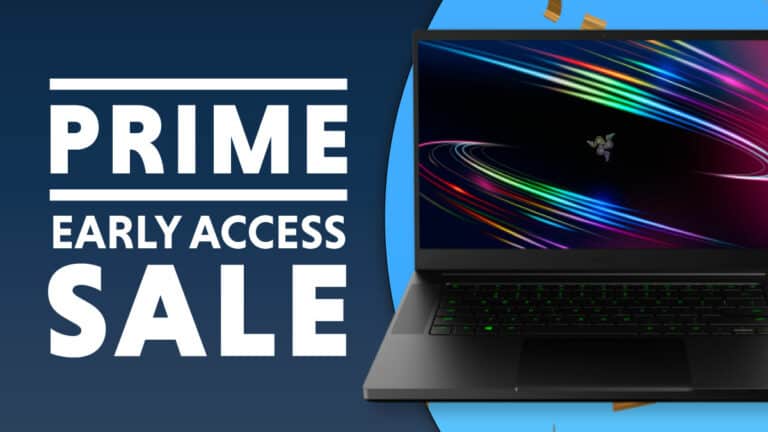 Are you gearing up to snag the best deals on Razer laptops before Black Friday? If yes, take a sneak peek at these Amazon Prime Early Access Razer Laptop deals.

While Amazon Prime Early Access deals are in full swing, it is the best time to grab this opportunity to grab the best value Razer Laptop deals.

Razer laptops feature a premium suave chassis with some promising specs. It is one of the most durable and luxurious laptop models on the market. So what’s the better time to get your hands on your favorite model at a wallet-friendly rate?

We have combed through all of Amazon Prime’s doorbusting offers on Razer laptops to bring you the best deals worth your investment. Scroll down to uncover some incredible offers.

If you are in a hurry to upgrade your laptop or scooting around for a discount on a Razer laptop, your wait is over! You don’t have to wait for Black Friday and Cyber Monday anymore as Amazon Prime Early Access is the perfect time to kickstart your holiday shopping. The sale began on 11th October and lasts till 12th October.

Many bargain-hunters come early and take advantage of the grand sales during Amazon Prime Early Access and save some extra dollars on laptop deals. You might already be noticing numerous amazing deals populating everywhere on the web. We’ve also included a few deals that aren’t from Amazon – shh, don’t tell anyone!

When will Razer Laptop Prime Early Access deals start in 2022?

Amazon Prime Early Access deals are enjoying an amazing global response from all its members out there. The grand sale festivities event began on 11 October from midnight onwards. The sales will continue until midnight of 12 October. While Amazon opened these sale offers for all the shoppers last year, this year these 48-hour sales are exclusive to Amazon members only.

How to get the best Prime Early Access Razer Laptop deals in 2022?

If you are a newbie and wondering how to gain the best value laptop deal during Amazon’s mega sales event, here is a simple guide for you:

In case you don’t have an Amazon membership, it is the best time to begin your 30-day free trial with Amazon and enjoy the benefits of your membership.

Amazon is brimming with special discount offers on all consumer goods including electronics and laptops. So watch out!

We will keep you in the loop and up to date with all the latest discount offers.

Is Amazon Prime Early Access a good time to get Razer Laptop deals?

So Amazon Prime Early Access might be the perfect time for you to make the most of amazing deals and discount offers on Razer Laptops.

As an Amazon member, you may also enjoy some fringe benefits like free shipment and coupons on your favorite deals.

Which brand is the best for gaming laptops?

Yes. They both offer big discounts, and allow you to get your hands on tech at a lower cost that you otherwise could.