In a game all about magic and whimsy, let's give some underrated spells some love. 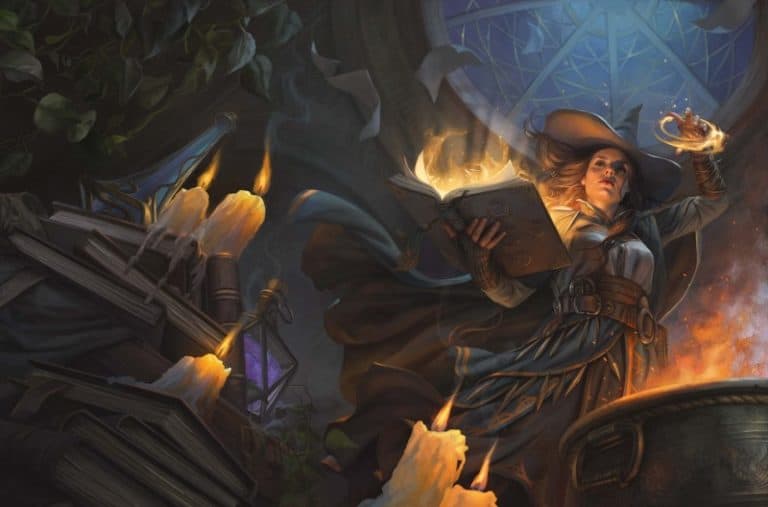 Dungeons and Dragons, a game of wizardry. whimsy and wonder. Perhaps the most underrated D&D spell is your imagination. Crafting worlds and characters from the depths of your own mind. Isn’t that itself a marvel? Then again, there are perhaps some spells that don’t get quite as much attention as spells like Counterspell, Fireball or Disintergrate. What we all might have a habit of doing is going directly for the spells that deal the highest damage. But there are a large number of spells that are highly versatile and interesting when used by players. We’ll go through our pick of 5 most underrated spells in Dungeons & Dragons and why you might want to consider them for your next spell list!

This second level Wizard illusion spell is rarely seen, despite being in the PHB. But why? This spell can hinder enemies in a sneaky way. But the best use of this spell? As a Dungeon Master spell, this particular spell could completely ruin your players’ day.

When you cast the spell, choose one or both of the following effects. The effect lasts for the duration. If you cast this spell on the same creature or object every day for 30 days, placing the same effect on it each time, the illusion lasts until it is dispelled.

False Aura. You change the way the target appears to spells and magical effects, such as Detect Magic, that detect magical auras. You can make a nonmagical object appear magical, a magical object appear nonmagical, or change the object’s magical aura so that it appears to belong to a specific school of magic that you choose. When you use this effect on an object, you can make the false magic apparent to any creature that handles the item.

As you might be able to see, if you’ve got a very inquisitive party. One who’s always looking for a source, trying to dissect your magical-based plot, well this could completely disorientate them. Long enough for you, the DM, to reconfigure the pieces. If your players have pushed you in a corner you didn’t expect them to, this spell is a good staller. Did your party get the super powerful artefact that should have taken them longer? Well just throw Nystul’s Magic Aura on that artefact, it was never magical after-all, something else is the real artefact! This is one of those spells that you can curate an entire session around.

Another wizard spell (I promise they won’t all be), this spell is so simple yet a lot of people might gloss over it.

You touch a willing creature. For the duration (8 hours), the target can add 1d8 to its initiative rolls.

That’s it. No concentration, it takes 1 minute to cast and lasts for 8 hours. It doesn’t get used up after the first use. If your party is delving into some dungeons or places where you know you’ll be partaking in multiple encounters. Giving your support players that advantage straight away could save you some time.

Here’s another very situational spell. A Cleric-only 5th level spell that – like Nystul’s Magic Aura – can be used by either a clever player or a DM. Because of how situational this spell is, and thanks to Clerics not being locked into their spelllist, this is one you can use if the situation arises.

You touch a point and infuse an area around it with holy (or unholy) power. The area can have a radius up to 60 feet, and the spell fails if the radius includes an area already under the effect a hallow spell. The affected area is subject to the following effects.

Second, you can bind an extra effect to the area. Choose the effect from the following list, or choose an effect offered by the DM. Some of these effects apply to creatures in the area; you can designate whether the effect applies to all creatures, creatures that follow a specific deity or leader, or creatures of a specific sort, such as ores or trolls. When a creature that would be affected enters the spell’s area for the first time on a turn or starts its turn there, it can make a Charisma saving throw. On a success, the creature ignores the extra effect until it leaves the area.

A good example of when you might use this. Say you’re playing Curse of Strahd, well you’ll be facing various undead. And considering you know there will be undead all around, taking time to Hallow some ground means you have a safehouse no matter what. Although it’s possible the Hallow can be dispelled via Dispel Magic, it’ll provide some much needed protection from the weaker type. Or maybe you need a safe haven from Fiends, Fey or Elementals. Basically, this spell could save your party if you’re the outer-planar traveling type.

Here’s one of the 5th level Paladin spells. Usually, unless you’re playing a Paladin, you won’t be thinking much about this spell. Although Paladin players will certainly adore this spell, that doesn’t mean it’s limited… It’s possibly one of the best support spells in the entire game.

Divine energy radiates from you, distorting and diffusing magical energy within 30 feet of you. Until the spell ends, the sphere moves with you, centered on you. For the duration, each friendly creature in the area (including you) has advantage on saving throws against spells and other magical effects.

This concentration spell is basically one of those ‘hype’ spells. When your party is struggling and holding on by a thread. Except, remember the Bard feature, Magical Secrets, wherein Bards can learn spells from other classes. This spell is the most supporting one out there, so a Bard that has one would be a good call. Although Paladins aren’t reliant on spells, thus they don’t need to worry too much about the concentration, a Bard might have to be a bit more wary. Either way, Circle of Power is one of the best supportive spells out there.

When it comes to picking spells, some players seem to have an aversion towards the named spells, those that ‘belong’ to another in-world being. Tasha is a name that often crops up, the Witch Queen, has many various spells she’s created. But out of all of them? The Mind Whip might be her strongest. This 2nd level spell, available to both Wizards and Sorcerers is ripe with benefits, and all for the low cost of a 2nd level spell slot.

You psychically lash out at one creature you can see within range. The target must make an Intelligence saving throw. On a failed save, the target takes 3d6 psychic damage, and it can’t take a reaction until the end of its next turn. Moreover, on its next turn, it must choose whether it gets a move, an action, or a bonus action; it gets only one of the three. On a successful save, the target takes half as much damage and suffers none of the spell’s other effects.

At Higher Levels. When you cast this spell using a spell slot of 3rd level or higher, you can target one additional creature for each slot level above 2nd. The creatures must be within 30 feet of each other when you target them.

This is essentially the Slow spell, cheaper and on a single target plus damage. Granted, it doesn’t last as long as Slow does, but nonetheless it makes up for the short duration by the added psychic damage and the alternative saving throw targets need to make. In combat, resource management is important. Your spell slots, your actions, bonus actions, free actions… it all matters. Cutting your opponent’s actions down can lead to a win if you play your cards right.

Well that’s all folks, let us know what you think of our list. Which spells do you think need more love and attention?