Home » Gaming » Everything we know so far about Saints Row 2022

Everything we know so far about Saints Row 2022 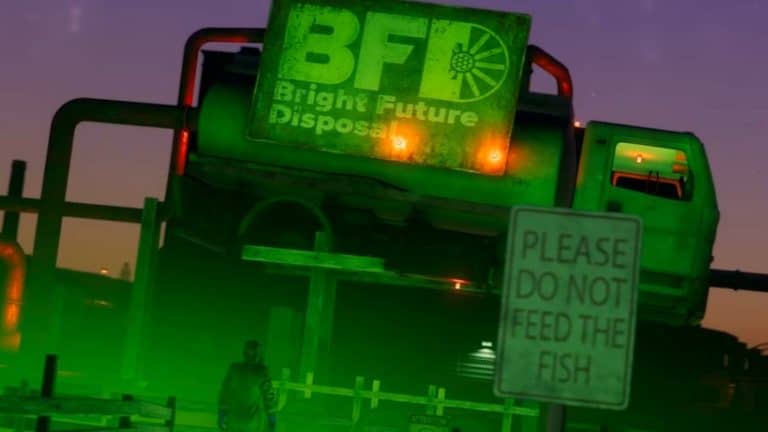 The latest Saints Row title – a franchise reboot rather than another sequel – is due for release this August, a year after its reveal announcement at Gamescom 2021. Originally pegged for release in February 2022, Volition have had plenty of extra time to iron out the creases, and perfect the many features and mechanics. And additional time to reveal tidbits, trailers – and even be exposed to a few leaks.

Here, we’re going to keep you updated with everything we know about the upcoming Saints Row 2022 reboot, including both official reveals and insider information.

The new Saints Row will take place in an unprecedented location for the franchise, America’s Wild (and Weird) South West. The fictional Santo Ileso is a desert city, reminiscent of the likes of Vegas and Phoenix, with sprawling, hot desert landscapes, cacti, red rock and glorious sunsets. According to Volition, Santo Ileso is the biggest Saints Row playground yet, and will give more room to wreak havoc than ever before.

And, as Santo Ileso’s official motto says, “Keep it Weird.”

Saints Row — Who are you?

You’ll play as “The Boss”, the ultra-customizable, gender-variable leader of a new underground criminal team. In other words, you’re a person getting their friends together to cause some trouble – and make bank while you’re at it. As we’ve already seen from April’s Ultimate Customization Showcase – and explore in more detail below – you’ll be able to intricately design every part of your playable character to your exact liking.

Customization has never been so broad. Volition’s #BeYourOwnBoss branding perfectly sums up just how unique you’ll be able to make your character in Saints Row. Old, young, thick, thin, male, female or anything around, inbetween or combining these labels will only be the start of your custom-made Boss.

According to the Saints Row Ultimate Customization Trailer below, even muscle and (get this) vein definition will be available, just to prove how detailed things are gonna get. Change your hair color, your eyebrow color, or even have one half of your character reflect an entirely different personality than the other. There’s also a whole raneg of voices and accents to choose from. Edit your socks, underwear, or just stroll around plain naked – now it’s really sounding like a Saints Row game.

And the customization of course doesn’t stop with your character. You’ll be able to heavily mod all of your vehicles, you’ll be behind designing your squad’s HQ, and you’ll even be able to tell your Saints what to wear. You’ll pretty much be able to make Saints Row the exact game you want.

A new feature for Saints Row, Criminal Ventures are basically how you’re going to get your new criminal organization off the ground. Legitimate businesses? That’s what they’ll look like to an outsider. Use the selection of business fronts to your advantage, turning them into lucrative criminal money-spinners.

One of these businesses, for example, is Bright Future Disposal. The law enforcers of Santo Ileso will think you’re legitimately disposing of waste materials. Instead, you’ll be taking significant amounts of money from the city’s corporate monsters to illegally dispose of their radioactive waste.

And, to add to the already incredible amount of customization in Saints Row, you’ll be able to choose where and how you launch your new ventures from a selection of vacant sites.

While vague methods of “fast travel” have been in previous Saints Row games – such as train travel, for example – the term “fast travel” has been confirmed by Jeremy Bernstein of Deep Silver Volition in a video on the Game Informer and Saints Row YouTube channels.

While it hasn’t been confirmed exactly what this means, gaming leaker Tom Henderson has said insider information has confirmed instant fast travel. Apparently, once you’ve snapped a pic of the location in question, you’ll unlock the ability to travel there whenever you want, from wherever you are.

If that’s not an interesting enough mode of travel, though, don’t worry. Alongside your lowriders and Choppers, you’ll be able to glide with a wingsuit, and even levitate on hoverboards or hoverbikes. Edit your vehicle almost as much as your body with add-ons, colors, ejector seats and even distinct engine sounds.

Henderson has been revealing even more information he’s come across over on Whatifgaming, and the following reveals have not been officially confirmed. The first of these is “Flow”, a points system allowing you to level up your character’s abilities.

With no superpowers in this Saints Row game, your Boss will instead rely on the more realistic Abilities. But don’t worry, according to Henderson’s insider information, these Abilities will still come with the usual Saints Row amount of wacky. For example, one of the potential Abilities is Surprise, the ability to “throw a grenade down an enemies pants and throw them into more enemies causing a large explosion.”

You can then use Flow Points to level up your favorite Abilities (of which we’re pretty sure Surprise will be one). Flow Points can be earned in combat, so the more you cause damage to or kill enemies, the more Flow Points you’ll earn, and the better your Abilities will become.

According to Henderon’s article, you’ll also be able to choose up to five specific perks, with one perk slot available from the get-go. Perks will allow your character even more weird and wonderful abilities as you do damage across Santo Ileso, from increased movement speed when crouching to calling in air strikes.

A final gameplay mechanic that has been revealed by Henderson is Execution, Saints Row’s health system. With Execution, you’ll be able to increase your own health by taking away others’. In other words, get kills, increase your health. And it’s not just your health, either, but your vehicle durability. Smash up your enemy’s motor, increase the resilience of your own.

Is Johnny Gat in the Saints Row reboot?

Finally, the main question everyone wants to know. Is Johnny Gat himself going to be making an appearance in Saints Row? Well, sadly, it has been very officially confirmed that he will not. In the aforementioned Game Informer YouTube video, Jeremy Bernstein of Deep Silver Volition very defiantly confirms that Johnny Gat will not make even a surprise appearance in Santo Ileso – now, or in the future.

That’s most of what we know about what to expect from Saints Row, the 2022 reboot. We’ll keep this page updated as more is revealed about the upcoming game. In the meantime, we’ll just keep counting down the days until we’re let loose on the Weird West’s Santo Ileso.