Let's take a dive into the new Apex Legends event. 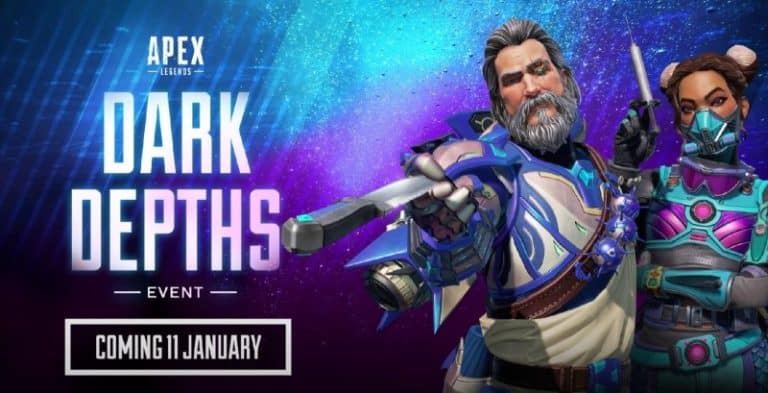 Apex Legends is getting a new cosmetic update as well as a brand new Arenas map. The new event features a variety of cosmetics that seem to all be themed around sea-life and water-based colours. Each week, until February 1st, Legends can complete challenges to earn a new set of unique prizes and badges. Key prizes include Apex Packs, Holosprays, Skins and more.

Apex Legends continues to give us new maps, and the latest one – after Storm Point – is the smaller Arenas map: Habitat.

Habitat makes the most of the island-setting of Storm Point and might look quite familiar in terms of general appearances.

‘One of the smallest islands in the New Antillia archipelago, Habitat 4 is best known as a Leviathan breeding ground after Early IMC research groups were surprised to find that a large population of local Leviathans gravitated toward the island, designating the island as an ethology base to study creatures’ behavior. Filled with exciting terrain that has eroded and transformed over time, Habitat 4 features a large waterfall, along with the Cave and the Nest which rest on higher ground on opposing sides of the island. The new map allows for slides and quick getaways, giving Legends the opportunity to support their team quickly when divided or outnumbered.’

As part of this cosmetic event, there will be new skins for various Legends. With new legendary skins and new epic ones. Though the more notable ones are for: