Vantage brings her lethal sniper, recon capabilities, and a cute pet, all in one package. 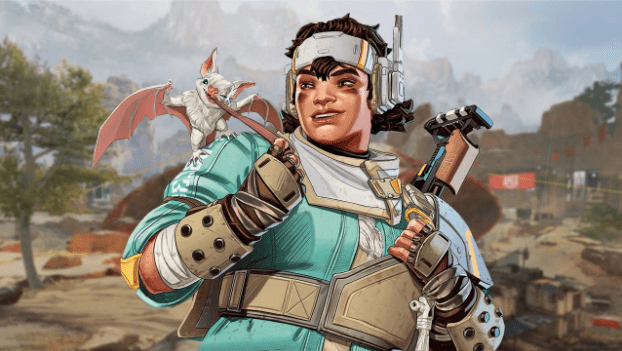 Vantage is the latest playable character in Apex Legends.

Vantage is a well-rounded character belonging to the Recon class who can relocate, gain intel on enemies, and debuff them for teammates.

While she might not be as meta-breaking as Seer or Valyrie were during their respective releases, she is quite fun to play and a lot of players are picking her up in both casual and ranked games.

Here is a detailed guide to help you pick up Vantage in Apex Legends and play her effectively.

Xiomara “Mara” Contreras aka Vantage was born and raised alone on the wild ice planet, Págos, by her survivalist mother, Xenia. Mara proved gifted with a sniper rifle from the moment she was big enough to look through the scope and reach the trigger at the same time.

When Mara was 18, she discovered the wreck of the G.D.S. Vantage. Against her mother’s wishes, Mara snuck in, only to learn that she had been lied to. Her mother hadn’t grown up on Págos: she was brought there on the G.D.S. Vantage as a prisoner. Disturbed by the intrusion, the ship collapsed into a crevasse, trapping a wounded Mara. Her mother only found her after a baby bat Mara had rescued circled the crevasse holding Mara’s signature whistle. By the time Xenia got to her daughter, the injuries were too severe for her to treat. To save her daughter’s life, Xenia set off the prison ship’s SOS beacon but was imprisoned once more in return.

Once Mara had healed, she visited her mother in jail, promising to find a way to get her out. But Xenia begged Mara not to, fearful that Mara would wind up in prison beside her. It would break her heart to see her daughter share her fate, so Xenia told her daughter to get back to Págos and forget about her.

But Mara would not. At a loss for what to do, unable to return to her planet, and unable to fit into society, Mara’s eye turned to the Apex Games. In it, she saw a situation she understood – survival, and a platform to draw public attention to Xenia’s case. With raised awareness of her wrongful conviction, she took the moniker Vantage to rally support and pressure those in power to set her mother free.

Vantage is a Recon legend which means she shares the same perks as Seer, Valkyrie, Pathfinder, Bloodhound, and Crypto. The recon passive allows you to access the 12 survey beacons available on the map in any given match to determine the circle location after the currently marked circle.

Aim down the sights to scout with your eyepiece (unarmed or with mid to long-range scopes) and use a bullet drop indicator to see where your shots will land.

Aiming at or near an enemy in your line of sight will display what Legend they are, their distance from the player, and the tier of their and their teammates’ Evo Shields. The passive can only be used when unarmed, or when the equipped weapon has an optic providing 2x magnification or greater.

Pinging the targeted enemy will report that particular enemy’s armor type, and whether or not they have a full squad, and a bullet drop indicator will also be activated automatically.

Position your winged companion Echo and then Launch toward him.

The ability must have a line of sight for the Echo to launch. Pressing the tactical button will launch Echo from Vantage for 40 m, toward where Vantage’s reticule is placed. This can be anywhere, even in the air. If Echo is deployed, pressing the tactical button will have Vantage play her whistle for 0.5 seconds, and Echo will then reposition from Vantage. This can be performed from anywhere, even in the air.

Vantage’s ultimate allows her to wield a custom sniper. The sniper gains one round every 40 seconds. Takes a total of 3 minutes and 20 seconds to acquire the maximum of five rounds. The ultimate can be utilized as soon as a round is available. When aiming down the sight, a laser will come out from the rifle, visible to your enemies and teammates

When hit by a shot from Sniper’s Mark, the affected enemies will take increased damage from all sources for 10 seconds and the effect can be refreshed with more shots. The custom sniper also has the bullet drop indicator from Vantage’s passive.

Vantage’s kit is very straightforward but there are several ways to improve the value that she brings to any team.

Don’t give away your positioning

Use Echo Relocation to get out of bad situations

Echo Relocation can save you in sticky situations and can help you gain the high ground. The ability has a low cooldown and you should pre-emptively set Echo up for quick escapes.

Echo allows you to double jump when you use your tactical to teleport to your pet. A lot of players end up not using the double jump and it can cost you duels. The double jump reduces the flinch from falling to the ground if you don’t drop from a very high distance, allowing you to shoot as soon as you land.

Since Vantage is a recon legend, you can use her to scan survey beacons and find out where the subsequent zone will close. It can allow you to rotate sooner and position yourself better with your team.

If you want to master Seer, who is also a great recon legend, here is our in-depth guide to help you master him. Did you know that Bloodhound and Vantage are from the same region? EA’s official page about Bloodhound can help you connect the dots between both recon legends.