Are you ready to bring the Fighter to Baldur’s Gate 3? 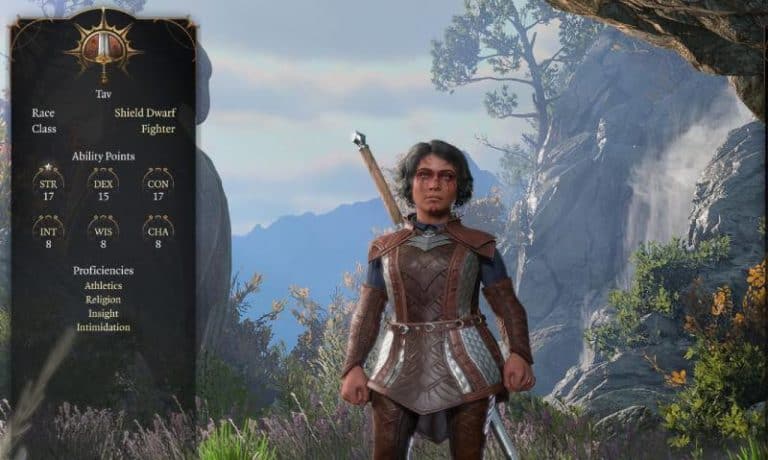 The all-rounder when it comes to D&D classes, this is the easiest one to understand and can be a very rewarding class to play. Fighters are hardy, resilient, and can be a formidable foe to go up against, and if you can get the right set-up and build going, you will be a fearsome opponent to your enemies. In Baldur’s Gate 3, you’ll have the option between two subclasses: Eldritch Knight and Battle Master. Both of which have their own pros and cons. In this guide, we’ll weigh these two options and see which suits you depending on your playstyle.

When it comes to fighters in BG3, you’ll be seen as the DPS tank. You can take hits and dish them out just as good, thanks to Fighters’ main feature, Action Surge, you can plan out your turns a whole lot easier than other classes. And thus, Fighters tend to be the tactical class, you can focus on dealing damage or using your items to pose disadvantages onto other players, you can open the fight up more to allow your teammates to find the ideal weak spot in your foes.

Fighters are – however – some of the more demanding classes. Because, to get a good fighter, you’ll need good Strength, Dexterity, and Constitution. Meaning you’ll be taking away any valuable points from your more social and story-driven stats. Then again, if you’re not much of a story-player and you want to enjoy the nitty-gritty turn-based isometric combat of BG3 then Fighters are perfect. They don’t have much story-wise, and there aren’t many conversation options that are unique to Fighters but they’re the most valuable asset for combat.

In this guide, we’ll cover all you need to know when making your Fighter, either your own custom one or using the ever-so-lovely Lae’Zel.

Because of how demanding the Fighter Class is in terms of stats, this choice is a little more important than other classes. You’ll want to try and round up your Strength, Dexterity, and Constitution to as high as you can. And so, picking a good starting race with the right stat bonuses is important, that’s why we’d recommend:

As a Fighter, you’ll get to pick a class passive form, these can be:

Although your passive might depend on your particular playstyle, the best one to select is always going to be – in our eyes – Great Weapon Fighting.

Both Fighter subclasses add a level of customizability to the class. Granting you the option to use spells or battle maneuvers. If you want to keep spells out of your fighters then go for Battle Master, but if you want to have that extra ace up your sleeve then Eldritch Knight can make your Fighter a lot more versatile. But while Eldritch Knights have spells, Battle Masters have maneuvers they can use by spending Superiority Dice.

This subclass’s gimmick comes from its use of maneuvers. Special abilities that can be used are:

However, the best ones to have are Riposte and Menacing Attack. When enemies are frightened of you, they will need to run away from you, possibly invoking an opportunity attack. And if you can get your AC quite high, your opponents will be more likely to miss their attacks, thus activating Riposte. However, Pushing Attack is equally good if your targets are near a cliff, but be wary, you can’t loot any bodies that fall into the void (as I’ve learned the hard way).

Contrary to Battle Master, Eldridge Knight focuses on spellcasting. Granting Fighters access to a few spells, and combining Spellcasting with Melee can lead to a formidable build. However, the Eldritch Knight spells will work off your Intelligence, which – unless you’ve managed to spread out the stats well – you won’t have a very high score of. So the spells you should focus on are the ones that won’t rely on a high score. So no need for a saving throw or attack roll.

These are the recommended spells for your Fighter:

The Fighter is a great class, and both subclasses lend it great power but our personal pick will always be a Shield Dwarf Eldritch Knight! 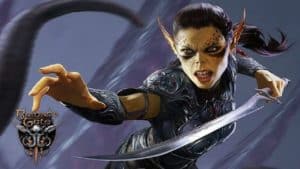 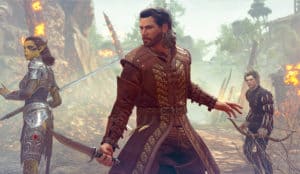 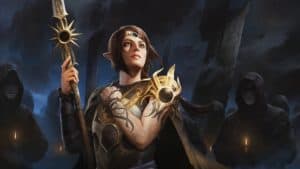 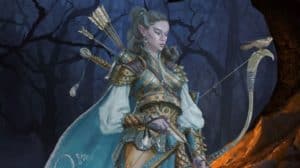