Best Perks For Taz In MultiVersus

The tornado is back! 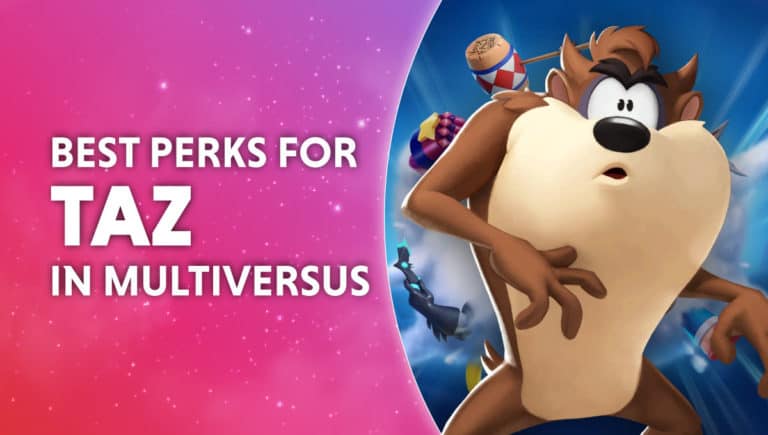 Table of Contents hide
What are perks?
Best Perks for Taz in MultiVersus

In this guide, we’ll recommend the best perks for Taz in MultiVersus

One of the beginning characters to play in MultiVersus is the Tasmanian Devil himself (or Taz for short!)

Each character in MultiVersus has it’s own set of perks to choose from.

Defensive perks that do what they say and also utility perks that can be more team-centric.

Knowing which perks to use and utilise is crucial to get a competitive advantage.

Best Perks for Taz in MultiVersus

So as follows, here are the best perks for Taz in MultiVersus:

The perks to consider strongly is Absorb ‘n’ Go and Tasmanian Trigonometry.

These can help team survivability a lot which is what Taz is great around his overall kit.

NOW READ: Have the urge to play ranked in MultiVersus? See if it’s available now!

However, take these recommendations with a pinch – go out and play the game and see what works best with you!

See our other best perks for the other characters in MultiVersus:

We’ll see how stronger the Tasmanian Devil gets once Season One gets underway and if he’ll receive a buff or further nerf, however that’s looking unlikely currently as Season One has been delayed! There is no indication for a further release date at the moment.