Spanning the very best in warfare eras from the Napoleonic Wars to, er, Warhammer, the Total War series holds a place of honor in the history of PC gaming. A key player in popularizing the strategy genre, Total War is now a little long in the tooth, first bursting onto the scene in 2000 with the acclaimed Shogun: Total War.

Over 20 years later, with stints at three major publishers and 21 games under the belt, including a handful of ill-fated mobile spin-offs, the series is still going strong, having released Total War Saga: Troy just last year and with Total War: Warhammer III on the way.

In the spirit of highlighting Total War at its best, we’ve focused on the fourteen mainline entries. The subjectivity inherent in the notion of ‘best’ means penning a definitive list is nigh on impossible. Some players have more affinity with a particular historical period or figure, while others favor a different title because it saw them through many a late night in years past.

To that end, our list is by no means exhaustive but instead strives to highlight the games that stand out for competently capturing the tone and flavor of their chosen setting despite commonality in their grand scale strategy gameplay. 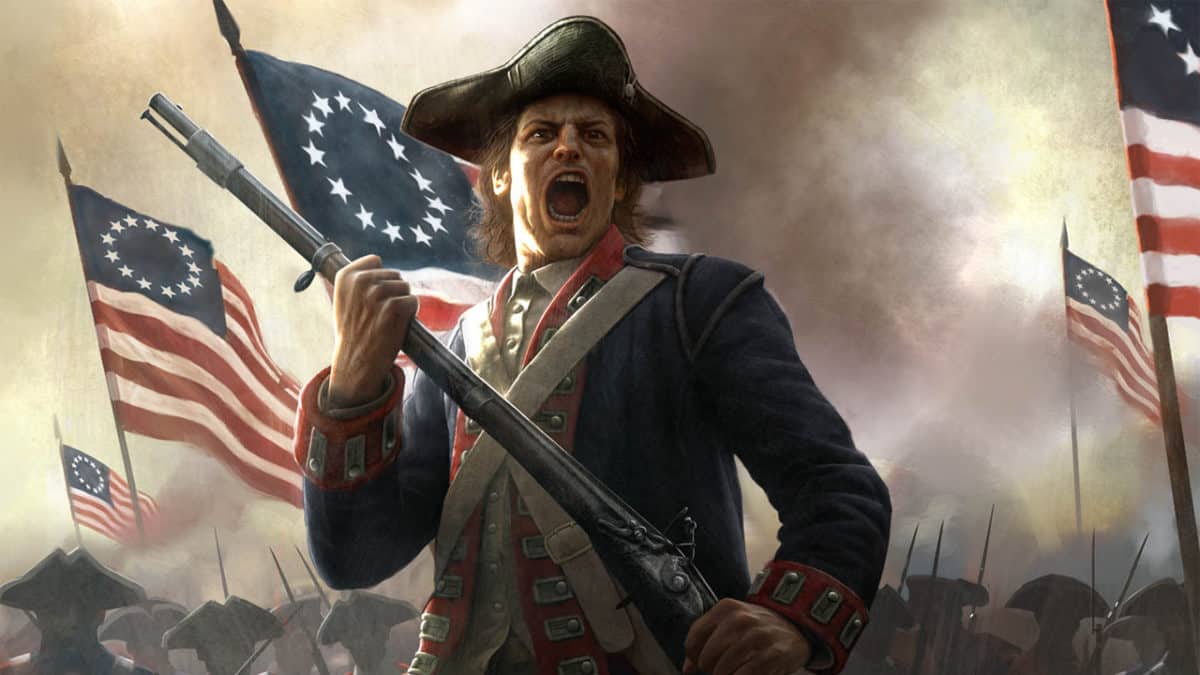 Grand in scale and content with its expansive campaigns, an array of factions, sprawling naval and land battles, and impactful technology trees, along with the enjoyable specifics of empire management through trade, religion, army training and recruitment, and diplomacy, Empire largely weathered the series’ shift away from familiar ground.

The real achievement of Total War: Empire was interweaving its massive scale, historical setting, globe-straddling theaters, and campaigns into a cohesive whole that felt accessible yet strategically deep, replayable, and extremely rewarding.

Post-release work on Creative Assembly’s part ironed out many of the initial bugs and complaints. At its best, Empire is only let down by mediocre AI, and the scale may be overwhelming for those that prefer a tighter, more focused experience. In that case, successor Napoleon: Total War is a strong pick, too. 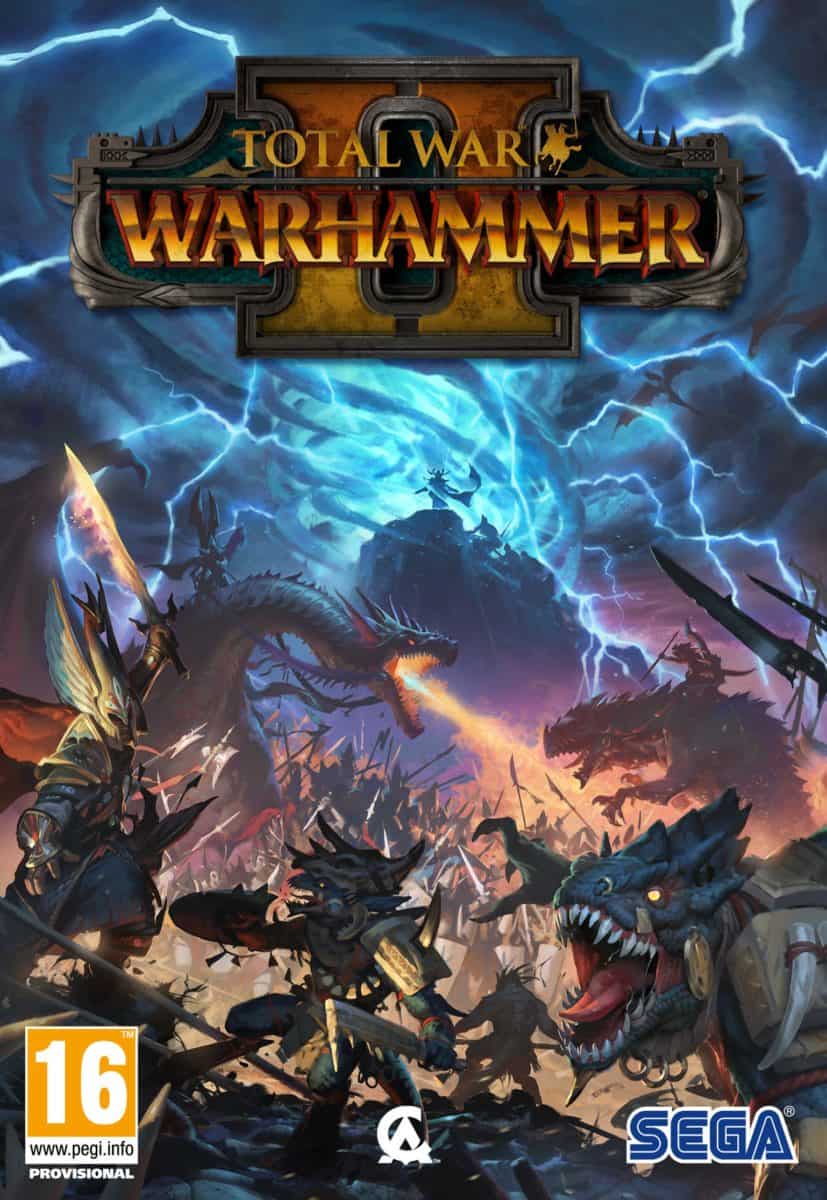 With everything from first-person shooters to MMORPGs, no video game adaptation has quite managed to capture the aesthetic and depth of Games Workshop’s much-loved table-top wargame as well as Total War: Warhammer II.

A deft refinement and expansion of the 2016 original, Warhammer II sees Creative Assembly find its creative stride with frenzied battles involving a strategically diverse crowd of exotic factions rendered in near audio and visual perfection. Add clever map design along with a robust fantasy-steeped narrative thread throughout the lore-heavy Eye of the Vortex campaign, and Warhammer II is a spectacular and tastefully playful strategy experience oozing with depth and charm.

With Warhammer III just around the corner, there’s never been a better time to get reacquainted with the series, especially if it’s been a minute since you last played as Creative Assembly has pumped out a steady flow of DLC and updates. The latest, The Silence and the Fury, was released in July 2021.

If that wasn’t enough, owners of both Total War: Warhammer and the sequel can dip into the equally worthy Mortal Empires combined campaign and toy with the full breadth of factions and maps from both titles. 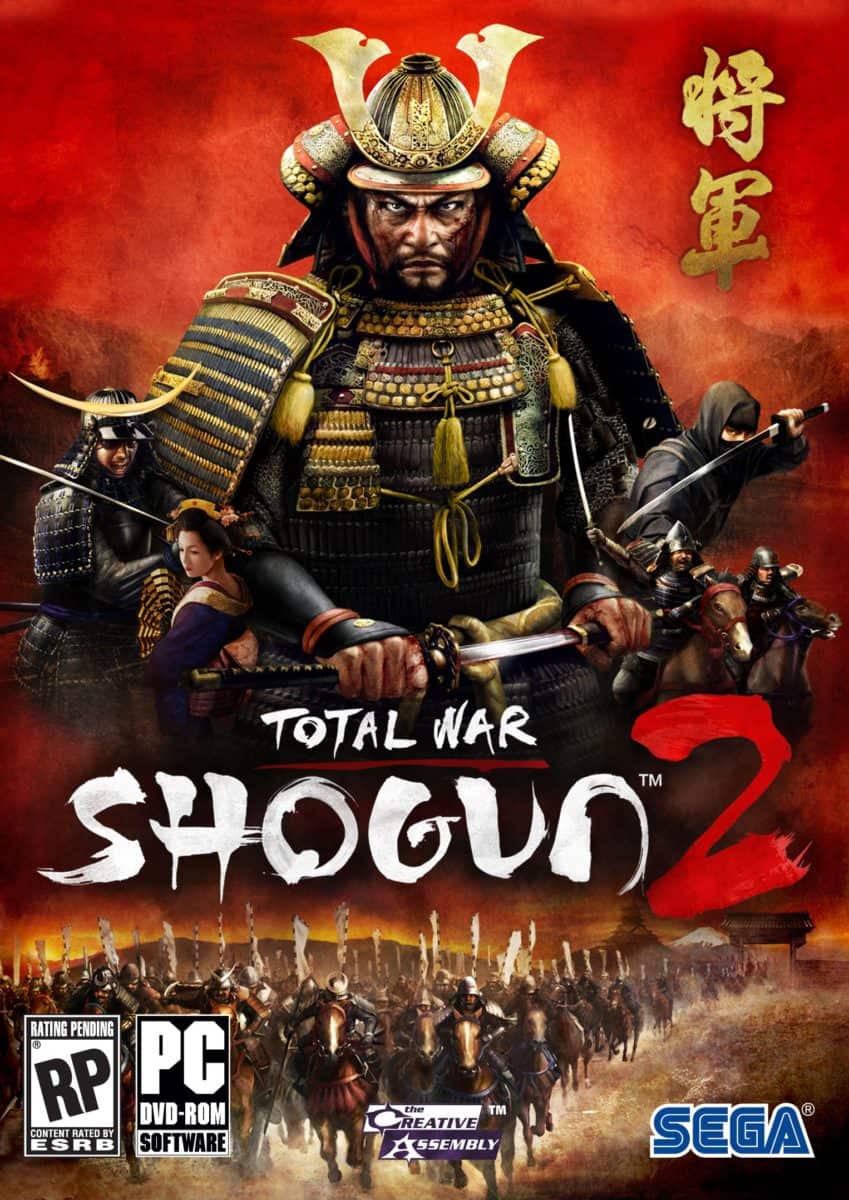 Total War: Shogun 2 is one of the most revered entries in the series. Much of that is down to the settings – 16th century feudal Japan. The natural appeal of the era coupled with a modest theater of war compared to the globe-spanning grandness of the series and a narrower pool of units, Total War: Shogun 2 feels more focused yet equally compelling as you embark on a journey to unify the archipelago. Shogun 2 never feels constricted by its geography, and the sharp core systems and careful design means it’s one of the most accessible in the series.

While games focused on the period tend to hone in on a lone hero, peddling the undeniable but overused charm of a katana-wielding samurai, Total War: Shogun 2 offers a larger view of the complex clan rivalries, epic battles, and fraught diplomacy of a fractured country. The factions may not provide the surface-level diversity of games like Empire, but Shogun II succeeds in setting them apart through unique battlefield attributes that make each feel different whether you’re leading them or meeting them on the field.

Of course, we can’t talk about Shogun 2 without mentioning the Realm Divide mechanic. Reach a certain level of military dominance, which, in previous Total War games, saw you positioned to pick off any remaining factions for an easy victory, Shogun 2 has any surviving clans mark you as an enemy, forcing you to consider diplomatic relations and resource management carefully throughout. 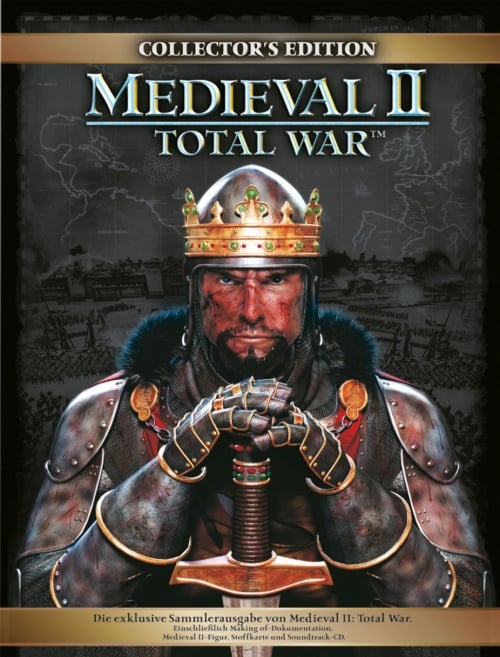 Total War has always been about crafting your own stories in a historically evocative sandbox, and no period in history stirs the imagination quite like that of medieval Europe. It’s one of devastating battles resounding with the chink of forged blades, religious crusades, rampaging plagues, fleeting stability, and fragile alliances, ripe with opportunities for conquest. For that reason alone, Medieval II: Total War still holds a place of honor in the minds of series fans.

By today’s standard, Medieval II: Total War looks tired, a child of its time, but for those around for launch, the game took all the best facets of predecessor Rome and improved upon them while matching the same sense of scale and scope. With factions picked from Europe, North Africa, and the Middle East, each adapted to mirror their real-world geography, tribulations, and ambitions, Medieval II: Total War feels almost limitless in the way you can chart a path to conquest.

A vibrant modding scene has seen to propping up the vanilla experience with painstakingly crafted and expansive fan-made content that has yet to be matched in quality by any subsequent Total War game. Creative Assembly’s Kingdoms expansion adds even more depth to what is already a content-rich experience. Aging visuals aside, Medieval II: Total War stands as Creative Assembly’s best medieval-set game to date. 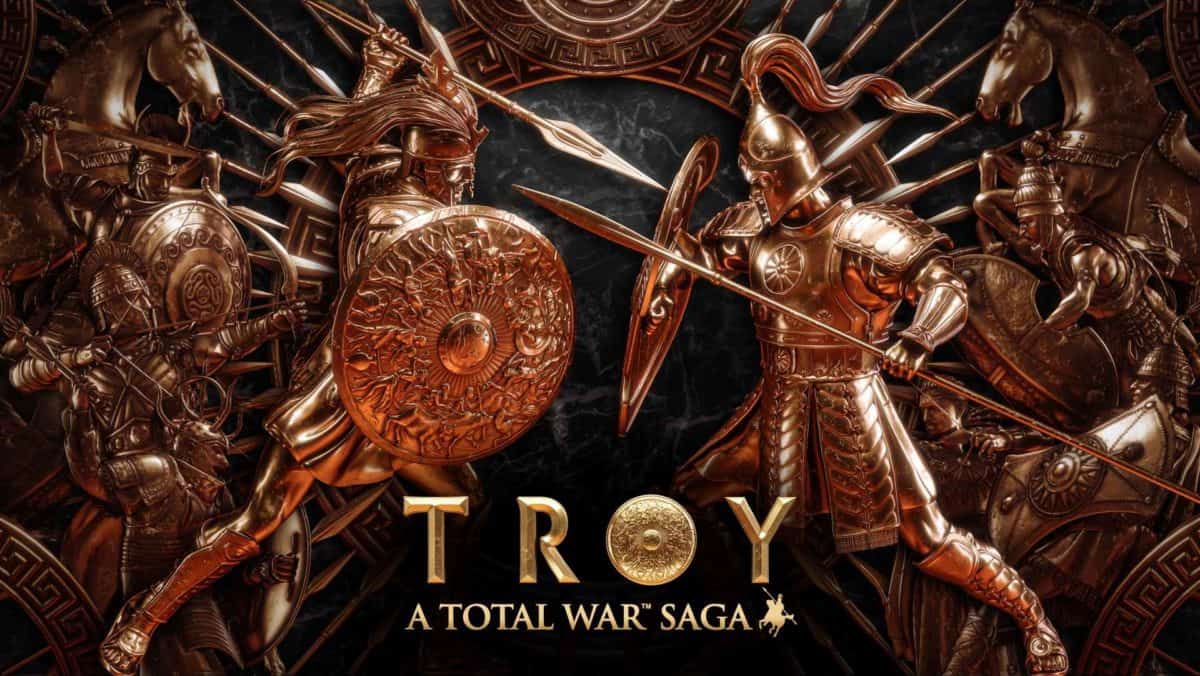 The latest addition to the Total War series, Total War Saga: Troy is arguably one of the most intriguing. Drawing from the rich texts of the Iliad, the game injects Total War grand strategy with heaps of measured myth and larger-than-life characters for a genuinely enjoyable, if a little rough around the edges, experience.

Despite being effectively a spin-off under the Saga umbrella, Tory pushes out its own set of innovations. The economy expands to include several resources, requiring the player to carefully manage specialized settlements or suffer the consequences of a hungry and ill-equipped war machine. The setting naturally sees religion take on a bigger role. Worship structures grant bonuses and allow the recruitment of myth-inspired units, but a mercurial deity can equally decimate your hard work.

While you’ll encounter minotaurs and centaurs, these aren’t the mythological creatures we know. Instead, they are exceptionally effective warriors bearing garb resembling their fictional inspirations.

Total War Saga: Troy is Creative Assembly’s best attempt at balancing out a streamlined, digestible spin-off experience with the scale and scope of the mainline historical games. The balance may not be quite there yet, but Troy delivers a level of cohesiveness Total War Saga: Thrones of Britannia sorely lacked. 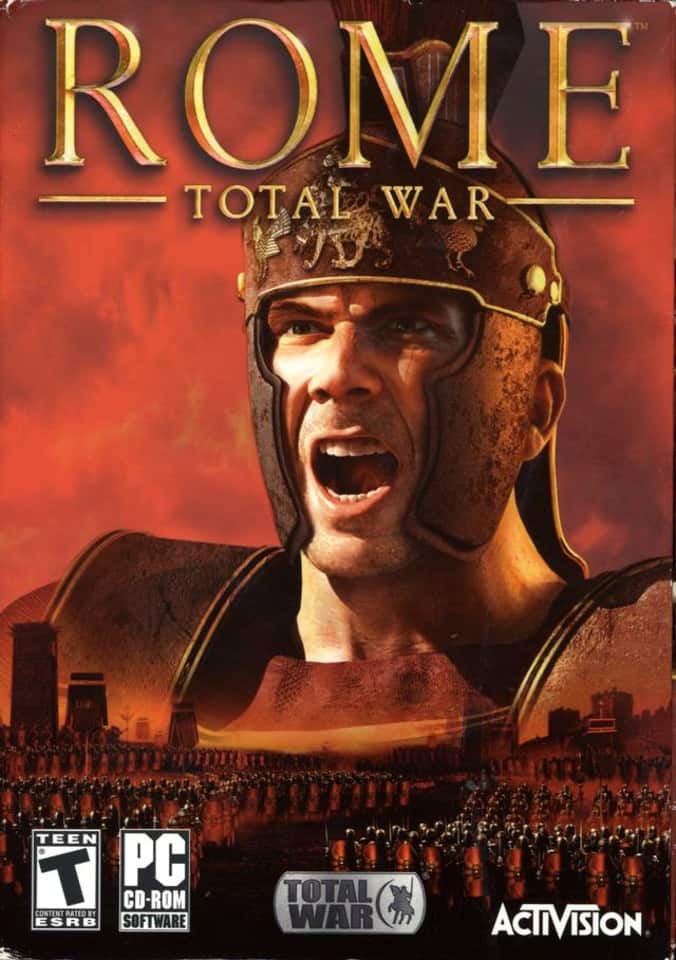 In Total War circles, Rome: Total War is talked about in reverential tones as a classic, a defining entry that defined, and continues to define, the series’ core DNA of ambitious scale and scope. While the rose-tinted glasses of nostalgia may blur this assessment to a certain extent, there’s a unique thrill to strategizing an ambitious Roman family’s path to the emperor’s throne while fending off Barbarians.

At the time, Rome: Total War was a game of innovations both in the series and the strategy genre as a whole; free movement across a 3D map, significantly improved visuals in real-time battles starring thousands of individual soldiers, and a magnificent soundtrack that heightens Rome: Total War‘s already superb atmospheric qualities.

At its core Rome: Total War delivers a rewarding strategy experience that tips equally towards long grueling campaigns and epic flashpoints from the period depending on your favored style. Nearly twenty years down the line, it may have been superseded in looks and polish but remains a seminal game that’s well worth revisiting. 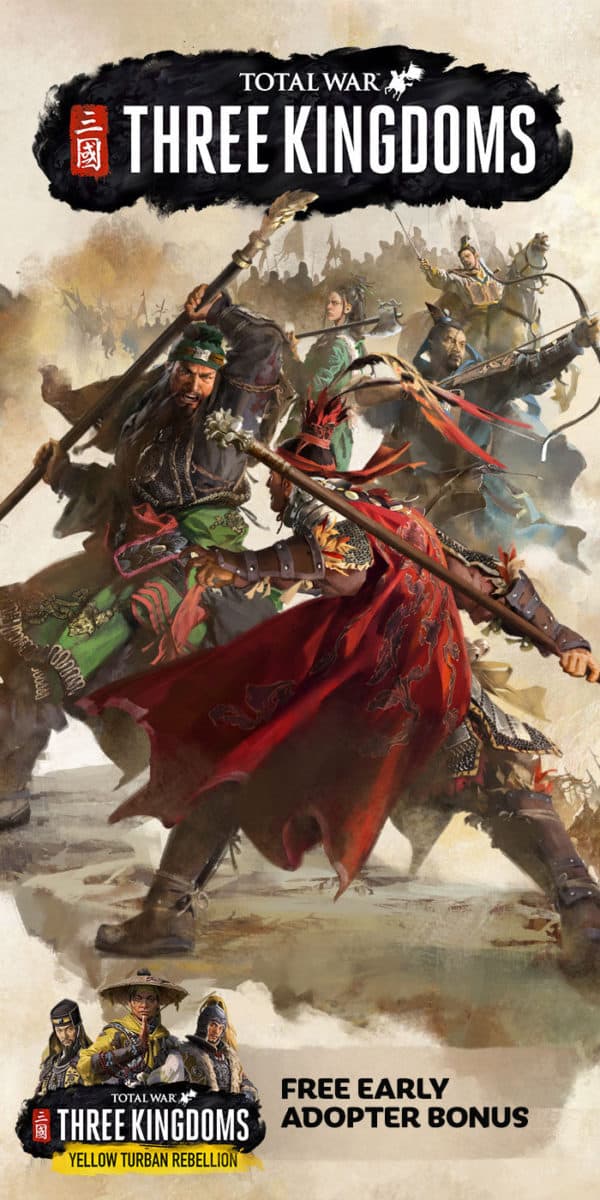 While the basic Total War formula may be a well-formed, entrenched concept, Total War: Three Kingdoms is an excellent example of Creative Assembly’s ability to keep pushing forward. It may lack the nostalgic clout of Rome or Empire, but bottles up twenty years of refinement and innovation into a thoroughly modern grand strategy experience that’s a blast to play.

Total War: Three Kingdoms also achieves something special with its two campaign structure; one for those devoted to historical accuracy and one for those that are happy to trade some authenticity for a helping of romanticism, mythology, and memorable, almost godlike characters. This duality resembles the game’s setting and period, confidently capturing the complexity of a fraught and bloody time in China’s fascinating history.

Three Kingdoms oozes with personality and charm with enough narrative twists and turns to keep you hooked throughout, but not at the expense of the deep and rich strategy cultivated by the series over two decades. It plays snappier than previous mainline historical titles, more in line with Creative Assembly’s much-loved Warhammer efforts, and adds some much-needed weight to the diplomacy aspect of play. Visually stunning to a fault, never has a Total War game looked this good. 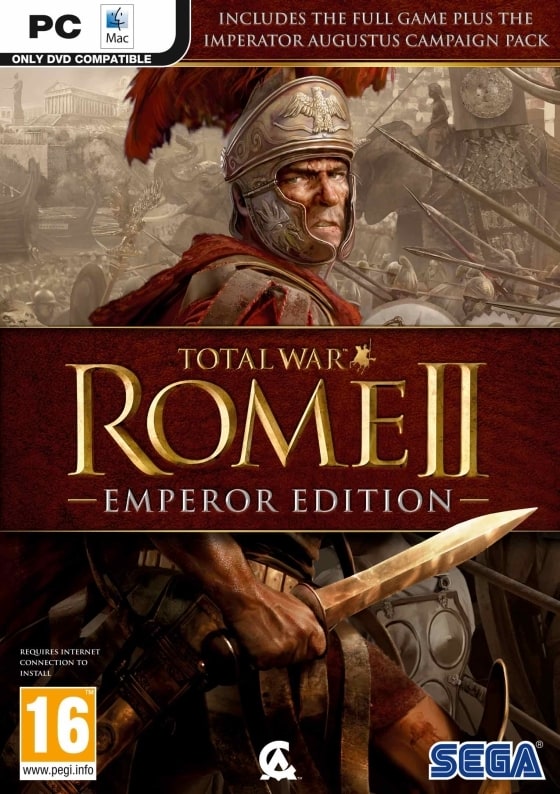 Total War: Rome II makes our list for highlighting Creative Assembly’s efforts to turn a shoddy launch game into a quietly adored stalwart of the series through regular patching and a slew of DLC content.

Revisiting the fertile Roman era, Rome II features a broad range of diverse factions, each with its own playstyle spanning tribes, established powers, and city-states. Diplomatic dealings and settlement management side thousand-strong battles with no less than 500 unique land units to choose from and a map stretching from modern-day Afghanistan to Portugal.

Polished and refined into the game it is now, Rome II stands as a worthy successor to the original and is an engaging grand strategy game that doesn’t look half bad despite nearing its tenth anniversary. 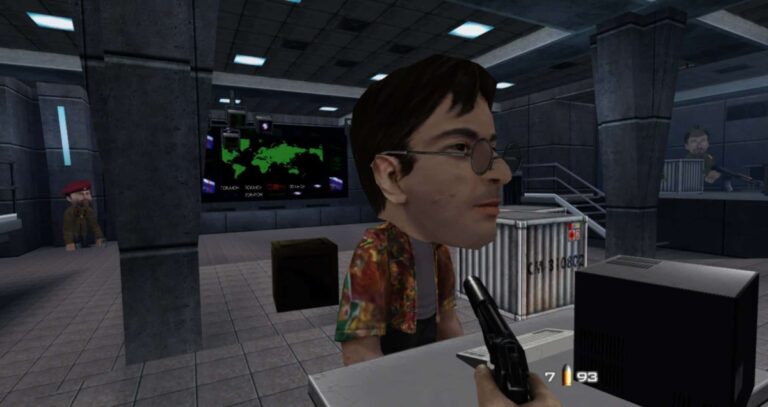 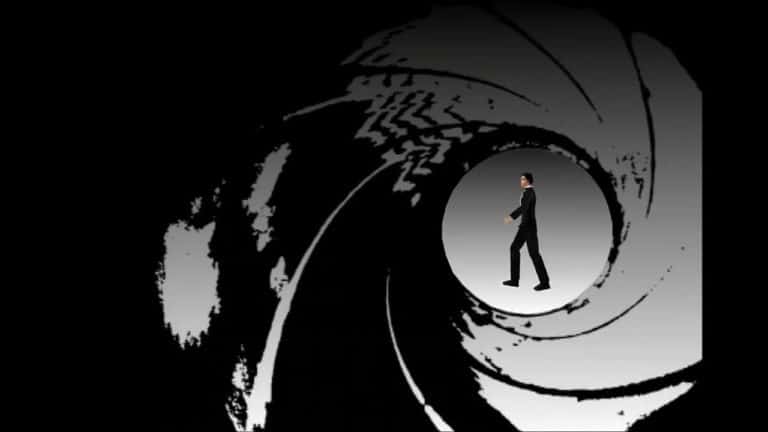 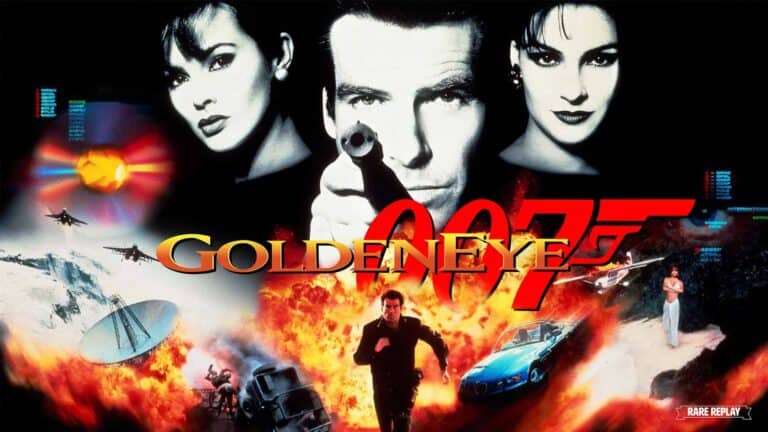 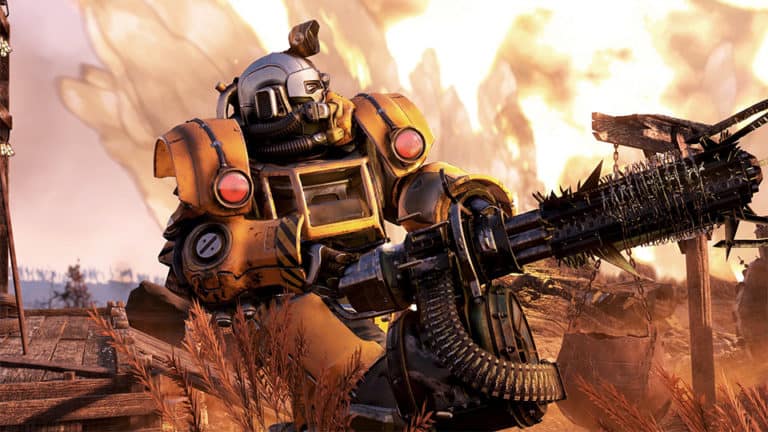 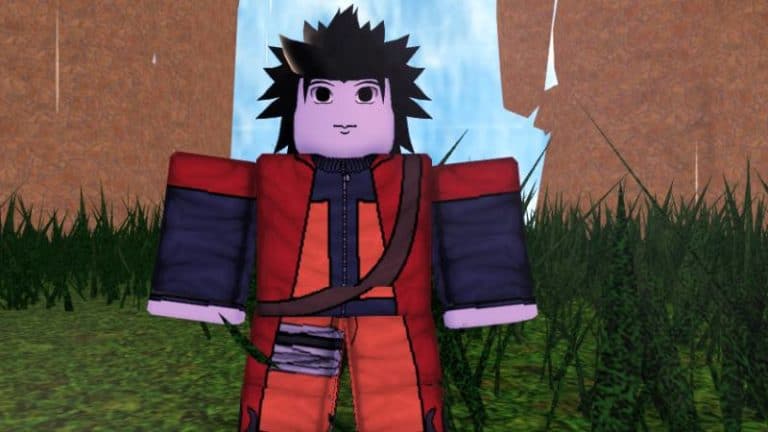