One puzzle a day not enough? Try these Wordle alternatives 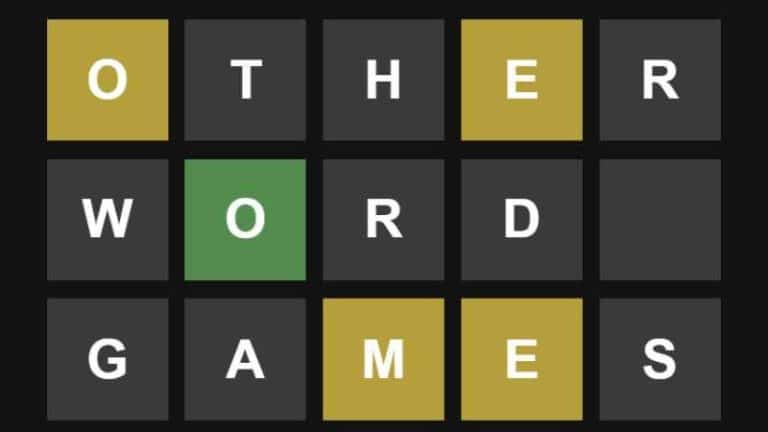 Despite Wordle being one of the most popular word-based guessing games on the market, many still ask us what are the best alternatives to Wordle? We’re here to shed a little light on the lesser-known brain-teasers in this guide, finding the best games like Wordle out there.

We love Wordle as much as the next person; a puzzle, a challenge, a brain-teaser… the best word game since Scrabble? It’s a great way to start the day and get the brain engaged. Or perhaps you like to tackle it later on; something to look forward to, a break from the daily grind. Whatever reason you love it, Wordle is still being played by over 300,000 people every day according to the New York Times.

But there’s a downside. There is only one official daily Wordle game available per day. And, since The New York Times took over in early 2022, you can no longer play Devang Thakkar’s archive, either. Well, fret not. We’ve been looking at and playing, a selection of challenging Wordle game alternatives, and we’ve compiled our top five games like Wordle right here. But before we start, a disclaimer. All of these games are, somewhat, fun. We promise. Bear that in mind when we start sounding a little… bitter.

All the games we’ve listed below are based on the basic gameplay of Josh Wardle’s viral game Wordle, a word puzzle game where you simply need to find a five-letter word. Even better, they’re also playable online, for free, on a browser. No downloads necessary. So there’s no reason not to give them a shot… Due to the word game’s popularity, there are loads of other games like Wordle out there, this list simply scratches the surface.

We’ll start with Dordle, as it’s the closest in the list to Wordle itself. Dordle is basically just Wordle-times-two. Find two five-letter words, at the same time. Every guess counts towards both words. Sound hard? Well, it is. But, on the plus side, you have seven tries instead of Wordle’s six.

What’s more, if you find yourself getting into Dordle, you can actually play more than one a day thanks to Free Dordle. If you’re challenging yourself against your friends and colleagues, then you can do so with the standard, Daily Dordle, but Free Dordle is a separate mode in which you can go on and on.

Dordle too easy for you? Firstly, how? Why? Who are you? Secondly, try Quordle on for size. Double Dordle, AKA Quadruple Wordle. Yep, try finding four five-letter words at the same time. This time, you get nine attempts. And while that might sound like a lot, you’d be surprised how quickly they get used up when you’re two or three words deep.

The above is this writer’s attempt from March 16’s Daily Quordle. Somehow, all four words were found. But that was the first, and probably only, time that’ll ever happen…

It’s like the people making these have set out to just ruin our lives. Absurdle, believe it or not, is possibly even worse than the last two. Unlike Dordle and Quordle, you only have to guess one five-letter word in Absurdle. And you have unlimited guesses. Easy, right? Wrong. Because when you make your first guess, even Absurdle doesn’t know which word you’re supposed to be guessing.

Don’t worry, we’re just as confused about this one as you are. And we’ve tried to read Absurdle’s full explanation of its process… still none the wiser. But as far as we can tell, once you make your first guess, Absurdle selects a “bucket” of words it could be, then chooses the hardest one to guess. Then it can even change it. The best possible result in Absurdle is four guesses.

Let’s use the above as an example. What you need to know here is that you can actually “give up” in Absurdle, get the answer, and then go back to the game. Which is what we did here (for research purposes only, of course). After four guesses, we “gave up,” and were told the answer was “gamma.” As you can see, upon entering “gamma”, Absurdle decided to switch it up on us, instead making the correct answer something else. So even cheating doesn’t help.

This is where we move away from words. You’re welcome.

For a completely fresh take on the Wordle concept, Nerdle is basically the same thing, but with mathematical equations replacing words. Eight blank spaces can be filled with numbers or symbols; i.e. add, subtract, multiply and divide, as well as equals. But every equation must actually work – if it doesn’t “compute”, you won’t be able to enter it. Apart from that, the best way to explain this one is probably just to show you.

To be fair, this one sounds much harder than it is. Because once you’ve eliminated some of the numbers, you’ll soon start running out of options. For example, guess three above couldn’t have been anything else as we only had 7, 9 and 3 left. So we recommend keeping an eye on that keyboard as you attempt Nerdle.

Finally, this one’s for the music fans. Heardle is definitely the most fun of the selection, albeit the least intellectual. And possibly the most infuriating if you hate an earworm.

In Heardle, you’ll be played one second of a song’s intro. Think you know it? Then you need to search the song or artist manually. Thankfully, there are only a limited number of tracks in the Heardle “catalogue”, so if you’re wrong, your guess may not even come up as an option – saving you an incorrect guess.

From there, you can either take a stab in the dark, or simply skip, moving on to the next stage. As the Heardle progresses, you’ll get two seconds of the song, then four seconds, to seven, then 11, and finally the maximum 16 seconds of the track. This gives you a total of six guesses.

The downside to Heardle, of course, is that you may have never heard the song before, in which case you have no chance of guessing it. With the other games above, there’s at least a sort of work around in most cases. However, if you’re a music lover, the chances are you’ll know most days’ tracks. And you’ll be kicking yourself for the rest of the day for not getting it sooner.

Thanks to the success of Heardle, there’s now even Heardle decades, so if you’re worried you don’t know anything before the 70s, or you’re not familiar with current music trends, you can pick the decade that suits your best. We personally love Heardle ’80s, and – judging from it trending on Twitter – so does the rest of the world.

OK, as this phenomena has grown, there are now even more Wordle alternatives that we can’t get enough of, so here’s a few more that we think you should try if you like the above. Plus, there’s different options depending on your personal interests, so they might not all be up your street.

Once you’ve given each of these a try, let us know what you think! Alternatively, have you found one that’s not listed here that you’d like us to know about? Tell us in the comments and we’ll give it a go.