DC Fandome 2021 schedule — what to watch, and when

Set aside a little time, we are going comic book crazy at DC's virtual conference.

Update: A new Gotham Knights trailer has been revealed at FanDome 2021, with an updated release of 2022.

Original story: DC Fandome 2021 is very nearly upon us and the virtual conference for all things DC is sure to be a massive internet draw across the globe.

We are hoping to see all manner of new stuff including The Flash movie and others such as Aquaman 2 and Peacemaker.

An actual schedule of events is yet to be published but let’s fill you in on what we do actually know so far.

What time does DC Fandome 2021 start?

As we mentioned above, DC’s site tells us we are going to need around four hours spare in order to watch everything at the showcase but as yet there is no time schedule, which is going to be slightly annoying for many people.

It seems as though we can just expect a single mega-session rather than set out panels. We will have to see when the event kicks off for real.

There is of course the official stream on the official site which you can find right about here, but the DC Twitter, Twitch, and YouTube channels will also be carrying the feed so you will be able to check everything out on your streaming channel of choice.

That’s the main thing that we are here for and we expect to be catching up with titles such as Suicide Squad: Kill the Justice League and Batman: Gotham Knights

The Batman excites us and it’s ready to go at this year’s Fandome event alongside a sneaky look at The Flash and Black Adam.

We will also see two animations getting their debut, Catwoman: Hunted and Injustice. Something for everyone to be sure.

Expect to see new stuff from Peacemaker and the new season of Harley Quinn alongside Lois and Superman, The Flash, and Batwoman. All this makes sure those four hours are going to be plenty packed with new content. 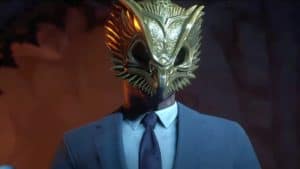