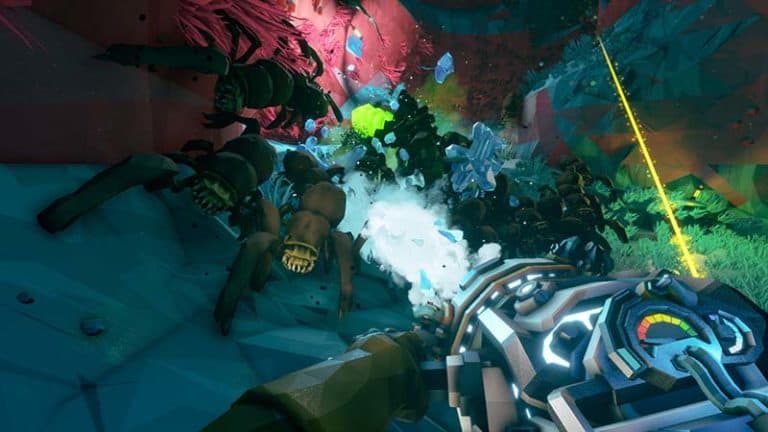 Ghost Ship Games and Coffee Stain has revealed the latest Deep Rock Galactic patch notes. The new patch is largely a bug fixing contract, but there are a few balance changes that add some extra force to your pick.

The core of the Deep Rock Galactic patch notes for Season 1 patch 4 features a very large list of bug fixes. Some of them are very small, but amongst the horde of bugs in your dwarven asteroids, there are a few bigger bugs squashed.

Some of the biggest bug fixes in the game largely affect the huge quality of life changes or fix actually broken systems. One of the highlights on the list is the mission failed exp. What is normally supposed to happen when you fail a mission, you get 25% of the accumulated for the loss. However, it was sometimes granting 0%. That is no longer the case, so you Dwarves should be happy you’re getting a minimum wage now.

Xenophiles, good news! No morre will Bosco and Steeve have a scrap. For some reason, the silly dwarf behind the coding of Bosco in the Deep Rock HQ decided to accidentally make Bosco and Steeve fight, because Steve is a Glyphid Grunt. Now, HQ has trained Bosco and Steeve to love each other, rather than kill each other. If that wasn’t enough, Bosco should no longer go full T-800 and start attacking the player.

The biggest change in the Deep Rock Galactic patch notes takes its aim at the Hurricane GRS. The weapon has greatly increased its fire rate on the T5 Nitroglycerin damage bonus grows in its might. However, the max damage is the same, meaning it is a rather big buff to the weapon’s damage early on in the build-up.  The weapon also has a rather strong heat conversion change that affects the Napalm based rounds the weapon can fire from its rocket guided system.

Meanwhile, the Minelayer OC has extended mine lifetime, a less punishing ammo penalty, and a better bang for your buck.
These buffs and bug fixes only just scratch the surface of the patch notes; If you’re interested, you can take a look at the game’s update over on Steam. For Rock and Stone.