Defeat Dokugumon and complete part 1 of Digimon Survive with our boss guide. 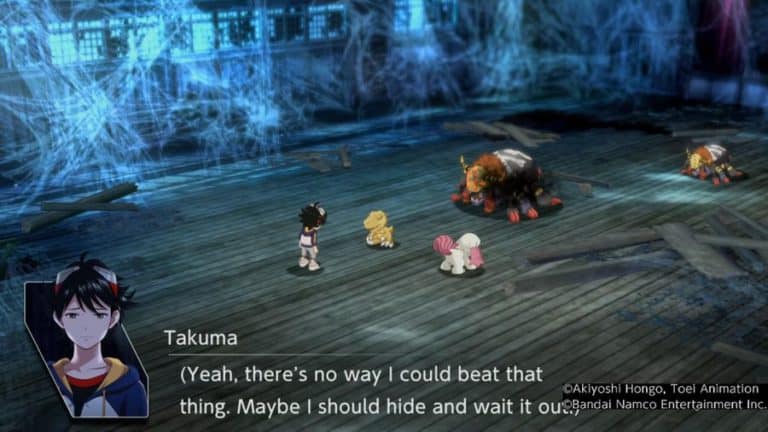 Struggling to deal with Dokugumon in Digimon Survive?

Dokugumon is the boss of part 1 in Digimon Survive.

This venomous menace captured Aoi and webbed up the whole school, leaving you to chase after him.

After struggling through abandoned classrooms and corridors, you finally have the chance to take Dokugumon down.

READ MORE: How to Recruit Digimon in Digimon Survive

Dokugumon has a large amount of health to burn through, at least double the amount you’ll have encountered in enemy Digimon up until this point. Unless you’ve spent a lot of time in free battles, don’t expect to be able to take him down in a single attack.

Dokugumon begins the fight on the opposite side of the battlefield. There are a number of smaller spiders standing between your Digimon and the boss. Thankfully, Dokugumon won’t budge until you move within a few spaces of him. You can use this to your advantage and utilize ranged attacks to pick off the smaller enemies first, preventing you from being swarmed when attacking Dokugumon.

Both Dokugumon and his spider minions have the ability to poison your Digimon when attacking in Digimon Survive, dealing a chunk of damage every turn. To reduce the chances of being afflicted by the poison status, use your party to gang up on the smaller spiders one by one, removing them from combat before they have a chance to attack. Pay attention to the turn order to ensure you’re not surprised and surrounded by the other spider Digimon.

When Dokugumon is the only enemy Digimon remaining, move your party over to him, grouped up as close as possible. If only one of your Digimon is close to the boss when he begins to move, they are likely to take severe damage before the others can help. Be sure to conserve some SP with Labramon to use their heals if Dokugumon gets a good hit in.

Maneuver Agumon behind the boss and use his Pepper Breath skill for high damage. Dokugumon is weak to flame skills, and it’s entirely possible to remove half of its health in a single strike.

When you reduce Dokugumon to less than 50% of his health, a cut scene begins. Agumon digivolves into his champion form and more spider enemies appear on the battlefield.

Finish off the rest of the boss’ health as quickly as possible, as he deals more damage than the smaller opponents.

Unfortunately, defeating the boss does not automatically end the battle, and you need to clean up all the smaller foes to achieve victory. Use back and side attacks wherever possible, and Agumon’s champion form should help you make short work of the remaining foes.

With Dokugumon defeated, you’ll have completed part 1 of Digimon Survive. 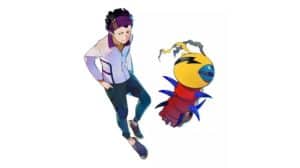 How to Save Ryo in Digimon Survive 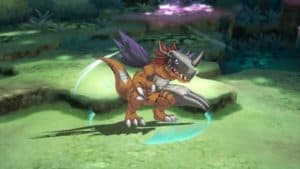 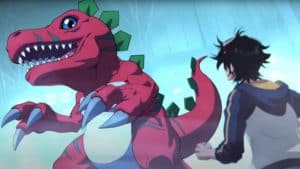 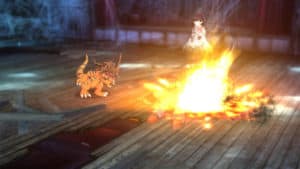 Digimon Survive – How to Get Greymon