The New Doctor Who Game will feature David Tennant and Jodie Whitaker as their Doctors. 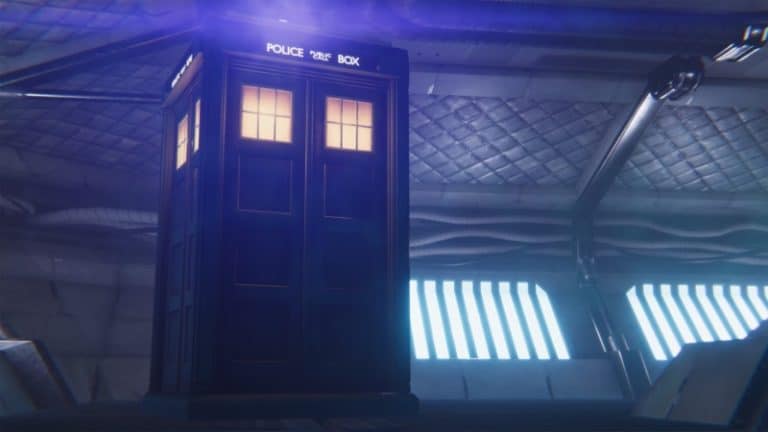 Doctor Who Edge of Reality Overview

Initially due for release September 30 on PC, PS5, PS4, Xbox Series and Xbox One consoles, Doctor Who Edge of Reality has been delayed to October 16, 2021.

Compatible with current and next-generation consoles as well as PC, Doctor Who: The Edge of Reality features new worlds to explore, new puzzles, new challenges and new gameplay.

Uncover a universe-spanning threat as you seek to save reality from a series of time-breaking glitches. Continue the story that began in The Edge of Time and partner with the Doctor to unearth a greater mystery.

Come face-to-face with classic Doctor Who monsters including the Daleks and Weeping Angels. Experience the terror of the Cybermen and more foes yet to be revealed.

David Tennant Returns as the Doctor

The 10th Doctor is a fan favourite of many, considering the pure adoration many fans have for the Russel T Davies era of Doctor Who. As such, it’s to the delight of many that David Tennant will be starring as the Tenth Doctor in Doctor Who Edge of Reality.

Alongside Tennant will be Jodie Whitaker, starring as the thirteenth Doctor. The two Doctors will be at the heart of this TARDIS adventure, by Maze Theory Ltd.

This comes just in time as Russel T Davies has been announced as the next and new showrunner. A very very exciting announcement to many Doctor Who fans who thought the Chibnall era was rather lacklustre. It makes this new game all the more exciting to play, considering Doctor Who will be going through some big and welcome changes now!