Get the dragon, get the runes. 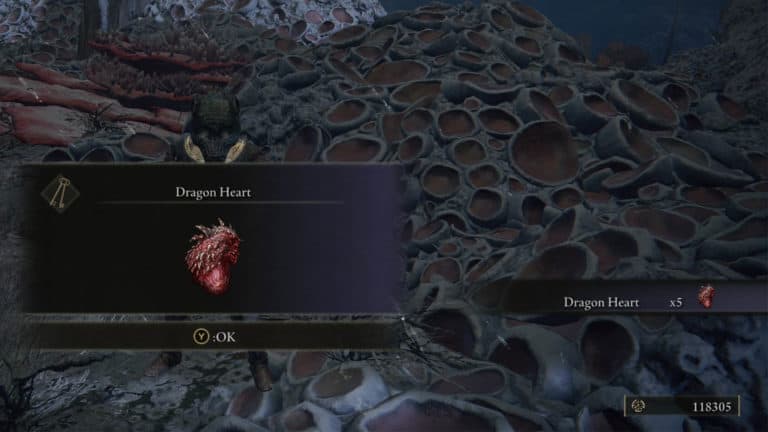 Table of Contents hide
How to get 80,000 Runes in 5 minutes in Elden Ring
Kill the dragon
Does killing the Sleeping Dragon ruin a sidequest?
More Elden Ring content

One of the most integral parts of the Elden Ring experience is collecting runes. These little drops of light are your main method of leveling up, both yourself and your equipment. In the early game, it can take quite a long time for you to get built-up enough to actually get to a high enough level to take on the world’s powerful enemies. Well, this guide will show you how to get 80,000 runes in 5 minutes in Elden Ring.

You only need access to two things before you can do this run, your horse, and a bleed weapon. If you’re just starting out, make a samurai character to get the Uchigitana, then make your way to the waypoint that gives you Shadow to ride. If you need a bleed weapon, you can either take on the invader that’s hiding up the ravine from the lake, or you can take on the Deathtouched Catacombs to find one inside. From here, ride to the north of the Mistwood to find Cealid, then follow the main path through Cealid until you reach the back of Sellia. From here, you should see a fort in the distance with a dragon in front. Ride from here to the fort and activate the point of grace. Now we can get started.

The reason that you need a bleed weapon is that blood lass does percentage damage to an enemy, and this enemy has huge HP to deal with. Run up to the sleeping dragon from behind to prevent his minions from aggroing. Just stick yourself as far into his butt as possible and keep swinging. Once he gets down to a few hits, you can maximize your Runes by eating a gold-pickled fowl foot. Just don’t use the item too early, since it’ll wear off before you’ve killed the dragon if you’re not careful. You should also get a Dragon Heart for your trouble, which you can use at the nearby Cathedral of Dragon Communion to get the Rotten Breath spell which will make most bosses insanely easy to beat.

Does killing the Sleeping Dragon ruin a sidequest?

Some Elden Ring players have wondered if our 80,000 Runes in 5 Minutes method could cause some issues in the game. The sleeping dragon, otherwise known as Elder Dragon Greyoll, is an important character from a lore perspective, however, they don’t seem to be significant for any particular quest or story event. We’ve spent hours in the triple digits combing every corner of the game, and so far, we’ve not found anything that relied on the sleeping dragon.