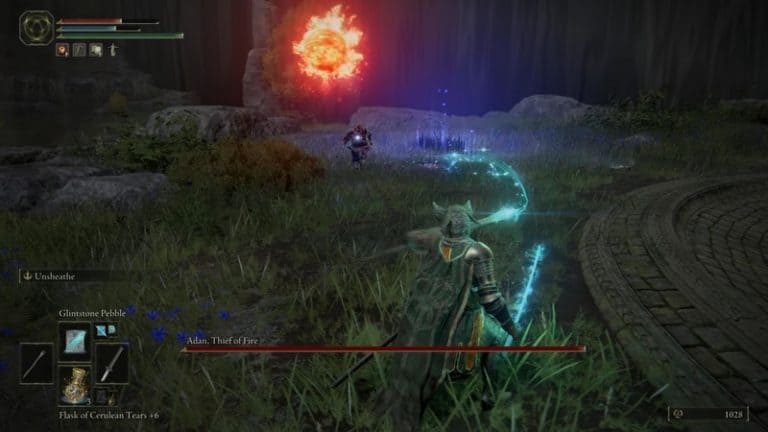 Liurnia of the Lakes houses several Evergaols in Elden Ring. These special prisons contain powerful foes that you must defeat one on one. If you are successful, you will receive a powerful item as a reward. One of these Evergaols houses Adan, Thief of Fire. This optional boss grants a legendary incantation on defeat. We’ll walk you through how to quench this fire-spewing foe with our boss guide.

Elden Ring: Where to find Adan, Thief of Fire

Adan can be found inside The Malefactor’s Evergaol towards the south-eastern edge of Liurnia. This location can be reached relatively soon after arriving in Liurnia for the first time.

How to defeat Adan, Thief of Fire

Adan will frequently cast his Flame of the Fell God incantation. This powerful incantation summons a large orb of flame that moves slowly towards you before detonating. The detonation deals massive damage. It is crucial to keep an eye on both Adan and this projectile over the course of the fight.

Fire resistance is crucial here. While Adan can deal a large amount of physical damage if you let him get close, the main thing to watch out for is his devastating sorcery.

Adan’s melee attacks inflict Hemorrhage. Be sure to back away and put some space between the two of you, as the status effect can rack up quickly.

If you want to find out more about all the game’s bosses, along with how to beat them, you can find everything you need in our Handy Elden Ring Boss Center.