How to get the Dragon Halberd in Elden Ring 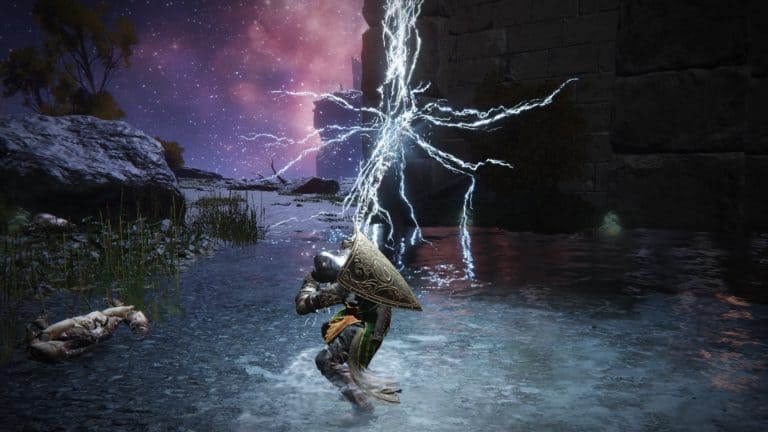 There are tons of unique weapons to try out in Elden Ring, and a fair few of them have even more unique special skills that can really change the way you fight. One such weapon is the Dragon Halberd, a great high-strength weapon that melts through enemy health like a hot knife through butter. However, getting your hands on this particular weapon isn’t exactly simple. That’s why we’ve put together this guide to show you how to get the Dragon Halberd in Elden Ring.

How to get the Dragon Halberd in Elden Ring

You’re going to need to play the game up until a certain point before you can actually get the halberd you’re looking for. Basically, you need to fight and kill Starscourge Radahn to give yourself access to the hidden areas underground. Once you do, make your way through Nokron, Eternal City until you fight and defeat the Silver Tear. Going from the point of grace this boss leaves behind, head northeast following the bridge for most of its length. As you get close to the end, an opening on the left will let you do down a hill near the bridge. Go under the bridge, and jump off onto the platform below.

Follow the narrow passage further northeast until you come to some ruins. Jump down through the ruins carefully to avoid taking damage, and once you get outside you’ll need to carefully pick your way down the side of the building. You’ll need to rely on Shadow’s double jump in various places if you don’t want to take some damage from the fall. Once you’re safely on the ground, look off into the distance to see your target hanging out on a lake. He’s a field boss at least, so you won’t need to take him on without shadow’s help, and your summons of course.

This version of the Dragonkin Soldier is a bit easier because it’s a field boss so you can use your horse. The safest bet is to rely on the tried and tested method of summoning an Ash Summons to distract the boss, then give it ScarletRot and run away until it dies. If you’re more into the idea of taking on the boss properly, you can summon an upgraded Ash Summons to draw aggro and wail on the enemy as much as possible. Most of its attacks are pretty simple to dodge, but it also has insane reach. The best strat for melee is to stay close and wail on him until he telegraphs an AOE.

If you’re magic focused you’re going to need to distract the boss then hit him with everything you’ve got. Because the boss has such annoying reach, you need this fight to be over ASAP. Since you’re a distance fighter, you’re at a bit of a disadvantage with his ability to close the distance between you so quickly. Be persistent and use your most powerful spells and you should do fine. At least there’s a Stake of Marika here if you do die. Once the boss goes down, you’ll get your Dragon Halberd, a great Strength-based weapon with a unique weapon ability.