Getting 5 Million Runes per hour in Elden Ring 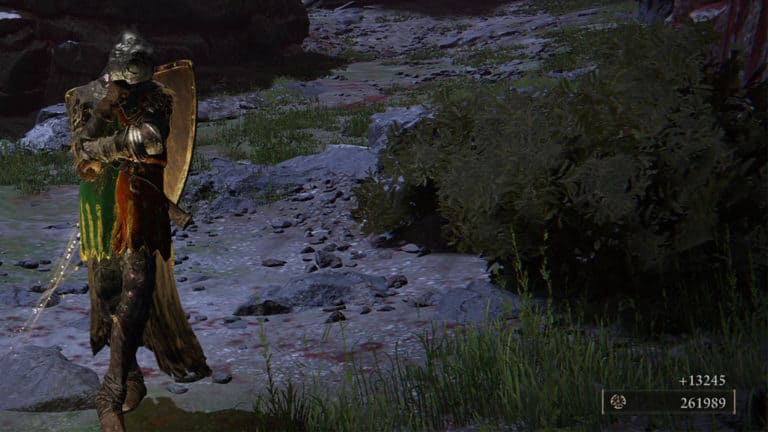 If you’re into getting powerful in Elden Ring as quickly as possible, then you’re probably already familiar with the 80,000 runes trick that we’ve covered before. Well, as good as that trick is, it’s slightly annoying because you can’t use it more than once. Sure 80,000 runes is nice, but after a certain point, that’s not going to be enough anymore. Well, how about getting 5 million runes per hour in Elden Ring instead? Not only is this trick really easy, but it’s repeatable, so you can keep coming back whenever you need a top-up and don’t feel like grinding out regular enemies.

Getting 5 Million Runes per hour in Elden Ring

There’s a little bit of setup required for this to work, but the main ingredient you’ll need to start with is a bow and arrow set, preferably with plenty of arrows. Once you’ve got this, make your way through the game until you’ve beaten Godrick the Grafted. With the boss dead, head back to the first point of grace in Limgrave, and head for the spot where you met your first NPC. Exhaust his dialogue and visit the roundtable hold, then travel straight back. Now, Varre will be missing, leaving behind a gesture, and a note to head to the Rose Church in Liurnia.

If you need to find the Rose Church, just head west in a straight line from the Academy Gate Town point of grace in Liurnia. Once you get there, talk to Varre again and exhaust his dialogue to get given 5 bloody fingers. Now you need to use these to invade 3 times. If you invade using another tool, such as the Recusant Finger, it won’t count, though it’s good to know that you can just immediately invade then leave 3 times and it’ll still count. Once done, go back to the Rose Church and exhaust Varre’s dialogue to be given the next step in your quest.

With your mission in mind, you’re going to need to make your way to a specific church in Northern Liurnia. From the East Raya Lucaria Gate point of grace, follow the road until you come close to the lift, then immediately head southeast up a slope. As you go, you’ll notice that your frenzy builds up, and does a decent amount of damage once it’s built up. It’s coming from a tower nearby and the only way to avoid it is to keep something between you and the tower. Either way, follow the slope through the wall and keep heading for the Church of Inhibition. As you get close, you’ll be forced off your horse.

Technically, you’re supposed to kill an Invader here, but he’s a bit of a pain if you’re under-leveled for the area. As soon as you get the invasion warning, make a run into the church and activate the point of grace. Technically you can do what you need to whether the NPC is there or not. Squeeze around the NPC, pick up the item from the corpse near the point of grace, then interact with it and smother the corpse’s blood all over the cloth you were given earlier. Once this is done, return to Varre and exhaust his dialogue twice. You’ll be given an item called the Pureblood Knight’s Medal. Use it in your inventory to teleport to a new area.

You’ll find yourself in a bloody poisoned swamp and it’s filled with insanely powerful enemies that will probably totally destroy you. From where you spawn in, turn 180 degrees and jump on Shadow. Keep going in that direction until you hit a lake of blood. Follow the edge of the lake of blood, keeping the wall to your left. Ignore any opening and keep heading forward until you start going up a hill filled with those weird things from the Academy Gate Town. Follow it around to the right, and quickly jump down to activate the Palace Approach Ledge-Road point of grace, where the true trick begins.

Actually getting your 5 Million Runes per hour

Okay, so now we can actually start. Just north of the point of grace is a group of enemies that give around 2000 runes each, and aren’t too tough to kill one-on-one. If you have a spell that can take out many at once, such as dragon breath, then you can use this method to hunt for runes. However, there is a much easier way that only requires a bow and plenty of ammo. From the point of grace head to the edge of the cliff just to your northwest. From here, you can fire an arrow at the weird bird creature down below to aggro it. As soon as it aggros, run away from the ledge and wait a few seconds. The creature will fall off the cliff below, dying and dropping 11,000 runes.

Simply rest at the point of grace, then immediately get up and do it again. You can easily rack up insane numbers of runes with this method, and because it’s right next to a point of grace, you can warp back in whenever you’re feeling underpowered.