Died already? We can help with that, here's how to get going with minimal funeral action 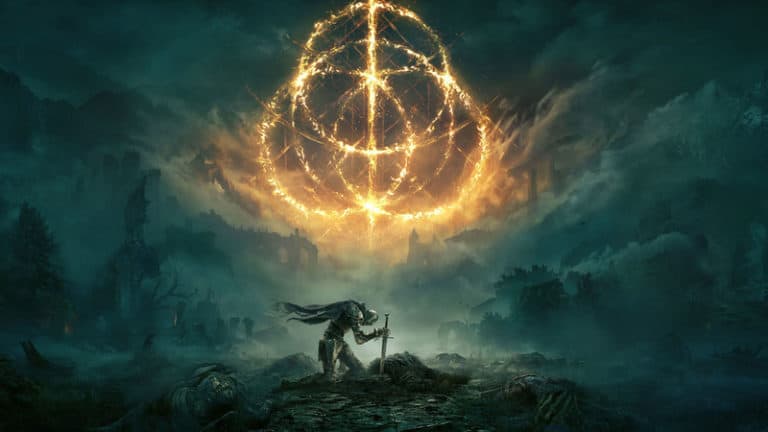 Picture the scene. The time has finally come, you boot up Elden Ring with a gleeful smile. The Lands Between stretch out before you, full of promise and horror alike. Rays of light guide you to the horizon and beyond. You take your first tentative steps and… wait. Have you been here before?

The grimy, mottled walls of an asylum. Unlike your fellow Undead, you still have some semblance of your wits. You move through, collecting equipment, facing maddened foes. Feeling closer to Humanity all the while. You’re going to get out, you’re going to get through this and see the world beyond…

A gargantuan mace crushes you flat.

How long have you been in this city? Days? Mere moments? You rush from one alley to the next, avoiding the mob and their pack of beasts. The scent of blood is strong in your nostrils. Your blade scrapes against cobbled pavement, a noise only the hounds can hear. Before you know it, they’re on you, their masters foaming and raving a few steps behind.

You’ve been creeping from rooftop to rooftop, sure and silent as a shadow. Only one enemy is below, heavily armored. Surely, he deserves the honor of a fair fight. You move to engage him and…

You’ve been here before. We’ve all been here before. FromSoftware games delight in providing a brutal challenge. So, this time, why not go in prepared? Here is our beginner’s guide for Elden Ring. It should help you stay alive…for a while at least.

Pick a class that gives you some leeway

Picking a class is the first thing you can do to give yourself an advantage in Elden Ring. FromSoft fans will likely already have an idea of what kind of build they want to go for. Elden Ring’s classes offer a great deal of flexibility, and there are many options available to you. You could go for something like the Samurai or Confessor, which each offers good hybrid potential, excelling at both close and long-range. Or the Vagabond for great starting health and damage-dealing ability. Or if you’re a Fromsoft veteran, go for a build that you’re comfortable and familiar with.

Just don’t pick the Wretch if you plan on your first life lasting longer than five minutes.

The Lands Between are full of amazing sights that you’ll want to rush towards as soon as you catch a glimpse. And, unlike FromSoft games past, Elden Ring excels at building you up to begin with. There are so many tools, weapons and skills at your disposal that you might start feeling overconfident. And then before you know it, you’re miles away from a Site of Grace and are about to lose all your Runes to a pack of hungry beasties. By all means, explore to your heart’s content in Elden Ring. But sometimes it’s worth recognizing when you’ve strayed too far in one sitting, and head back to bank your Runes in safety.

Find Melina to level up

Similar to Dark Souls’ maidens and Bloodborne’s Doll, Melina is the character that grants you the ability to spend your Runes – Elden Ring’s Souls equivalent – and level up. In order to find Melina, you first need to find and rest at three Sites of Grace. Once you have accessed these three bonfire-esque areas, you will be able to start upgrading your stats and working towards a build.

Melina also gives you an item to summon Torrent, your mount, at a moment’s notice. Finding Melina should definitely be one of your first priorities in Elden Ring.

Crafting is your friend

Elden Ring has been inviting comparisons to Breath of the Wild for some time now. Thankfully, Fromsoftware’s gorgeous open world has more than enough unique elements and gloomy flair to differentiate it from Nintendo’s undisputed classic. But one of the ways in which it treads similar ground is the inclusion of a crafting system.

When starting out in Elden Ring, make a beeline for the Church of Elleh in the Limgrave region. There you will find Merchant Kale, who will sell you a crafting kit. Now you’re all set to forage and mix items together in a huge number of beneficial combinations!

From healing consumables through to damaging and status-effect-inducing projectiles, crafting allows you to be stocked up and ready for the challenges that lie around every corner in Elden Ring. Trading with merchants and finding item drops isn’t the only way to be well-stocked this time around. The crafting system allows you to be as prepared as possible when venturing through the Lands Between. Especially once you know a big fight is right around the corner.

One of the most fun. Flexible and outright powerful editions to Elden Ring. Ashes of War offer stat bonuses to your equipment but also grant powerful Skills while they are equipped. These special, dynamic abilities can help you turn the tables on all manner of foes.

When resting at a Site of Grace, access the Ashes of War menu to swap and equip any Ashes you have collected. Don’t worry about burning through them too early, Ashes of War can be Unequipped and re-used as often as you like!

Your journey through the Lands Between doesn’t have to be a lonely one. There are numerous NPCs dotted about the landscape, each with a story and history of their own. They can help give you direction and guide you through your journey. But if you get tired of the company of the living, how about summoning ghostly allies to aid you in battle?

When you are within proximity of a Spirit Monument, you can use any collected Spirit Ashes to summon the spirits of fallen foes to fight alongside you! Think of them like Summons from Dark Souls games, but with the added cool factor of bringing monsters in to fight by your side. These ghostly allies are great for taking the heat off you when overwhelmed or getting in some crucial chip damage against a boss on its last legs.

Run away if you need to

FromSoft fans are no strangers to getting in over their heads. The developers are experts at setting a trap and cackling as you walk into it. Guided right to the shiny bait, like a foolish undead/tarnished/hunter magpie.

This is another area where the open-world design really shines. There are many monsters – and even bosses – wandering the world that are far too difficult to face the first time you come up against them. In these instances, you can guide Torrent to quickly take a different path. And if you do get tangled up in combat with one of these foes, it is always possible to flee and return later. Resting at Sites of Grace resets any encounters, so there will always be a chance to try again.

Get the most out of Guard Counters

FromSoft games always offer a way to turn the tables on your opponent, and Elden Ring is no different. The Guard Counter is a technique that can deal heavy posture damage. Leaving enemies wide open to take huge critical damage on a follow-up attack. If you can master the timing of immediately following up a Block with a Strong Attack, then Guard Counters will have you carving your way through the Lands Between in no time.

You can always go somewhere else

Unlike FromSoftware games past, Elden Ring is not funneling you down one intricately-crafted gothic death gauntlet after the next. It is a wide-open, sprawling experience. Chances are if you’re struggling to survive somewhere, you can just summon Torrent and ride off in another direction! There is no shortage of amazing things to discover in Elden Ring. There is no need to bash your head against a progress-blocking brick wall for hours. Explore, level up, and come back with the tools and experience needed to smash through that roadblock.

Unless it’s a boss. Then a little die-respawn-die is built into the experience. But would Elden Ring really be a FromSoft game without a challenge?

We hope our Elden Ring beginner’s guide helps you get the most out of your initial foray into the Lands between!

We’ve been waiting to get our hands on Fromsoftware’s Elden Ring for so long, we almost can’t believe it’s finally arrived. And our beginner’s guide is only, well, the beginning! We’ll be here to walk you through every step of your journey through the Lands Between. Join us for all our Elden Ring content and guides over the coming days and weeks