How to become Gandalf in Elden Ring 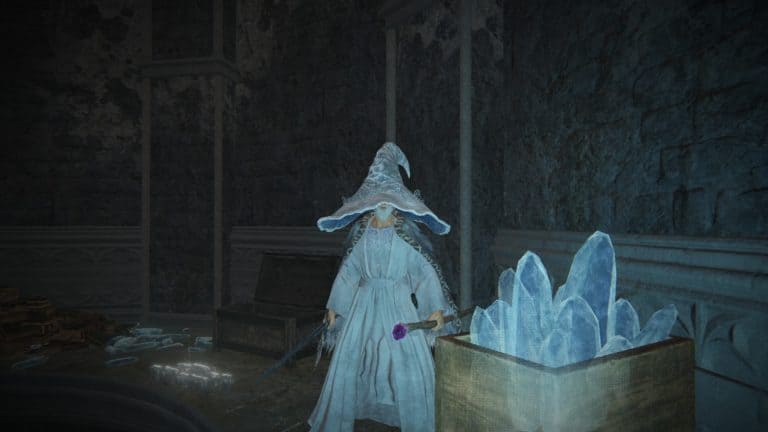 Builds are pretty integral to the Elden Ring experience. Your build type will affect what equipment you can use, what sort of damage you do, and even how easy you’re going to find the game. Having said that, a criminally under-looked part of any build is the fashion side. Sure it’s cool that those boots and weird imp head give you 50% more chance of not being poisoned, but don’t you also want it to look sort of cool? That’s why we’ve put together this guide to show you how to become Gandalf in Elden Ring because at the end of the day, isn’t that what everyone wants really?

Finding the parts to Make Gandalf in Elden Ring

A proper Gandalf in Elden Ring build is going to take a little bit of time, though you can get most of the components immediately if you know what you’re doing. You’ll need to grab a staff and sword that look close to what Gandalf uses. The best sword for this is probably a standard Longsword, but feel free to add whatever affinity you like to it. The staff is a little trickier to find, but not impossible right out of the gate.

Getting the Wooden Staff

So, get on Shadow and head for Caelid. you’ll need to follow the road until you reach the Smouldering Wall point of grace. Look Southeast off the cliff to see some ruins in the swamp. Carefully pick your way down there, then head for the small room at the southernmost tip of the ruins. In this room, there’s a bunch of weird plants to kill who do ScarletRot damage, so take them out, and grab the Meteorite Staff from the back of the room. Not only is this a staff with some grat Int scaling, but it also looks mostly the part, if you ignore the purple gem at the end.

This is where things get more tricky, as you’ll need access to a pretty late-game area for this. Head north through the western edge of Liurnia and fight your way through the Caria Manor. Defeat the boss here to gain access to Ranni’s Rise, and then ascend the tower and accept Ranni’s questline. From here, you’ll need to carry on her quest until you find the item she’s asking for. At this stage, she’ll leave, and Renna’s rise next door will open. In here climb the ladder, then walk around the pit you just climbed up to find a chest containing the only outfit you’ll ever need from now on. Don’t forget to visit Queen Rennala if you need to add a beard to your ensemble.