How to play Elden Ring coop: Fingers, rings and effigies 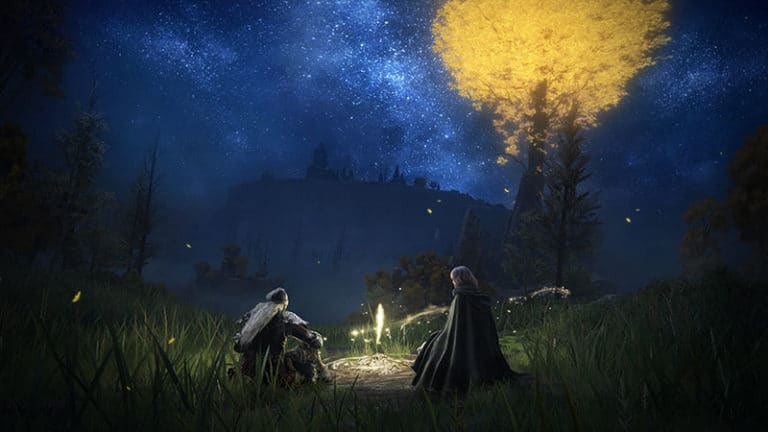 It is known that Souls-like games are incredibly difficult games at the worst of times. Sometimes, grabbing some help from a more advanced player or taking down a boss with a friend is appealing. So, if you’re wondering how to play Elden Ring coop, this guide will help you out.

How to play coop in Elden Ring

There are quite a few Elden Ring coop methods available for players. Most involve a variety of fingers. Each one has a different purpose. One marks the ground with a summon request for players, while another allows you to join a friend in need.

The best bit about this is is you get most of the items as soon as you depart from the starting tutorial. You will get a coop item in the sewers, while the first effigy outside of the tutorial elevator grants you the coop ally request.

These effigies are an important part of the Elden Ring coop mechanic. Throughout the world, you will find Effigies of Martyrs. Activating these statues enables the player to interact with summoning circles. The golden circles on the ground allow players to get help from players who are willing to come into another player’s world and offer their services. These statues are typically around areas of importance, typically where a boss is or if there are is a hard encampment for that level area. You can do this as soon as you come across the Tree Sentinal, which is technically the first boss of the open world.

Once you complete the objective of the area, your coop partner will be sent to their homeworld with a reward for helping another player. However, both of you dying means that the ally players will get sent back to their world after failing the objective. So, if you’re looking to be a good samaritan, there is a good incentive to do so.

Do be warned, these areas also mean there are red circles around. Red circles are players looking to perform an invasion into someone’s save, so avoid them if you can. Unless, of course, you fancy a scrap?

As mentioned, there are many Elden Ring coop items you can acquire. We will go into their purpose and how to get them later. Below you will find a list of items you can use.

You can get the Finger Severer and Tarnished Furled Finger at the end of the tutorial. The Finger Severer kicks the player out of the game and sends them back to their realm. The Furled Finger allows you to join players looking for a coop partner. We recommend setting a multiplayer password to make finding your friend easier. You can manage your multiplayer settings in the game’s menu you can open when you’re in-game.

On the other hand, you can use the Small Golden Effigy, which we got from the first Effigy of Martyrs you come across when you enter Limgrave. It is slightly down the hill from the sewer exit, if you’re wondering. This allows you to draw golden circles on the ground, with a player looking for help pulling you into their world.

Lastly, there is the Blue Cipher Ring. You can get this item from the Round table for 1000 Runes. It allows you to turn the tides of a potential PvP player looking to ambush some unsuspecting player by joining a host world’s currently under attack.

This concludes the guide on how to play Elden Ring coop. If you want more Elden Ring guides, you can check out WePC’s Elden Ring hub.