Time to hunt down those dungeons in Limgrave. 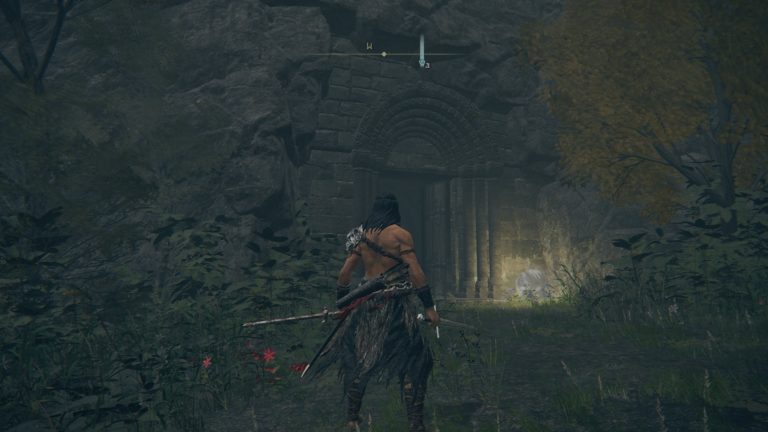 Dungeon-crawling is a large part of how your time is going to be spent throughout Elden Ring. The land is completely covered with them, so it makes sense that you’ll want to clear most of them if you want any chance of discovering all of the game’s secrets. To help you with that, we’ve put together a list of all of the different dungeon locations in Limgrave so you can at least be sure that you’ve covered the game’s first location entirely.

The map above shows the eight different dungeons that you’ll find in Limgrave, though you should be aware that this doesn’t include any dungeons found on the Weeping Peninsula. The dungeons are mostly grouped around the west side of the province, probably because of the misty forest area that dominates the east side.

Probably one of the first dungeons you’ll encounter. This place is dark as heck and filled with demi-human enemies. You should probably bring a lantern or a torch with you for this one, and watch out for the double boss fight at the end, as it can be a tough fight for a beginner. Consider summoning help if you’re struggling. Overall, a very short dungeon.

All catacombs come in two potential flavors: skeletons or imps. Stormfoot Catacombs is an imp-flavored dungeon, packed with traps and blood-damage-dealing living statues that like to hide on walls and around corners. The dungeon isn’t overly long and ends with a fight against a pretty simple Erdtree Burial Watchdog, but you’ll at least get a decent ash summons out of it.

Found just north of the church, this is an incredibly short dungeon inhabited exclusively by wolves. You can finish it in a few minutes, assuming that you don’t get literally dog-piled by the inhabitants. Despite the short size of the dungeon, there is a semi-interesting boss fight waiting at the end.

As with many of the tunnel dungeons, this is a great place for early Smithing Stone farming. Make sure to keep your weapon two-handed or you’ll suffer against the rock-hard enemies in the cave. The end boss is a little disappointing considering it’s just a normal enemy you’d find in the overworld, but still worth beating so you can keep farming in peace.

This is a must-have for anyone who is struggling against Margit, The Fell Omen. Without going into spoiler territory we can’t say too much about what you’ll find here, but keep your eyes open as there are traps that will alert the enemies here to your presence. Also, once you’re done, don’t be overly tempted by the chests you might find.

Another catacombs dungeon, another group of imps trying to make you bleed to death. There are also several arrow-based traps for you to watch out for, and a unique boss fight that you won’t find anywhere else which is a nice treat.

Probably the most well-hidden of all the dungeons in Limgrave, the Highroad Cavern requires you to carefully pick your way down to it from the cliff near Saintsbridge, or take the death-defying leap from the bridge itself into a nearby airstream. Either way, the dungeon is super dark and filled with wolves, bats, and deadly drops from large heights. The final boss is another field enemy with a title, but at least the boss drop is actually pretty interesting.

This is a skeleton catacombs dungeon so bring some holy weapons or get ready for lots of double-tapping. This also features one of the few bosses that is missing half its health before you even get in there. Nice rewards to be found though.