How to Get Ranni’s Dark Moon in Elden Ring

One heck of a powerful spell. 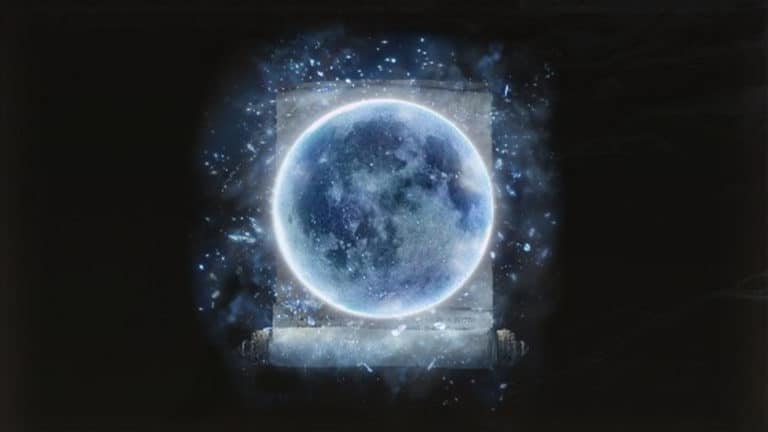 It’s been pretty heavily discussed lately just how powerful magic can be in Elden Ring, and if you’ve got your hands on any of the legendary spells, then you know that people aren’t making it up. Some of these spells make you feel like you’re raining down death on huge swathes of enemies at a time, and Ranni’s Dark Moon is one such spell. You have to jump through a fair few hoops to get your hands on this spell, and it has high casting requirements, but the work might just about be worth the effort.

Where is Ranni’s Dark Moon in Elden Ring?

The actual location of this particular spell might shock a fair few people, as it’s technically in Liurnia of the Lakes, but you won’t be able to get it that easily. It’s actually in the southwestern area of LIurnia, the one above the Village of the Albinerics. You can’t get to it from LIurnia itself, instead, you’ll need to make your way through a big chunk of Ranni’s questline. You need to have defeated Astel, Naturalborn of the Void. Once he’s down, you’ll be able to visit the area in question and unlock the Moonlight Alter site of grace. From here, you’ll need to head south very carefully.

If you take the eastern route, then it’s a bit longer and there are more enemies to avoid. However, if you take the shorter route, you’ll come across the Lesser Red Wolf of Radagan which is a slightly weaker version of the boss you’ve probably fought a few times by now. Either way, you can loop around and you’ll eventually find yourself outside of Chelona’s Rise, the tower which contains your spell. Now we just need to unseal the damn thing.

So, as per usual, you have to find three glowing turtles, but this time it’s a bit different because they’re giant turtles. Rest at the site of grace, then head immediately west and look off the cliff. You should see the turtle just chilling on the side of the rocks, so pull out a bow or crossbow and take him down. Next, you’ll have to go on a bit of a trek, because the game really doesn’t want to make things easy on you. Get on Shadow and ride back to the east for a while. Eventually, you’ll see a slope on the left which you should ride up. Keep going straight until you hit a wall, then look off the cliffs to your south and you should see the second turtle in the distance ready for another ranged attack.

The final one is another trek in almost the opposite direction. Head back to the Moonlight Alter point of grace on foot and then head north as far as you can. Eventually, you should come across an Evergoal. From here, look to the southeast and you should see the Turtle flying through the air above you. If you can’t see the turtle, it’s probably thanks to a despawning bug that occurs if you try to fast travel. If this happens, go back and read the book, then travel back to the Evergael on foot. You can either shoot the turtle with a bow/spell, or use the nearby spirit spring to crash into him, but either way, once he’s down the door will open. Head back and climb to the top to get your reward.

How powerful is Ranni’s Dark Moon?

As with many of the Legendary spells in the game, Ranni’s Dark Moon is a total blast to use, but it comes with some drawbacks. The intelligence requirements for this spell are so high that you basically need to be a straight magic-user with no melee involved at all if you want to cast it unaided. Luckily, if you do have a decent staff and a high enough Intelligence score, this spell will deal insane damage. It also has a small AOE and can even be used against NPC bosses since the delay won’t trigger their auto-dodge. Even better, this thing reduces magic damage negation and cancels out any spells that it touches.