How to get Rivers of Blood in Elden Ring

The coolest looking sword in the game (probably) 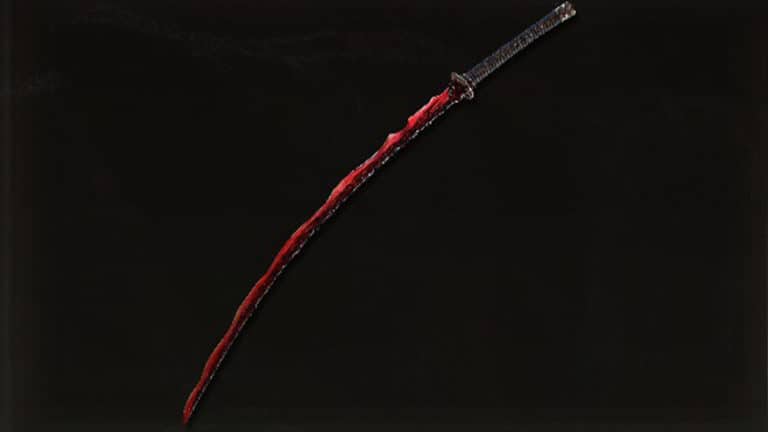 At this stage, bleed has established itself as one of the most useful effects you’ll find anywhere in Elden Ring. Because it does proportional damage, even high-health enemies can be taken down relatively quickly thanks to bleed damage. While there are plenty of weapons in the game that deals bleeding damage, none of them are as cool-looking as River of Blood. Not only does this weapon provide bleeding build-up, but it also has a very impressive weapon art that can take out crowds of enemies all at once, making it perfect for some of the game’s more annoying areas. If you want to get your hands on this stylish blade, our guide will show you how to do it.

Where is Rivers of Blood in Elden Ring?

To get your hands on Rivers of Blood, you’re going to have to get pretty far in Elden Ring first. You’ll need to make your way through the Capital City all the way to the Mountaintops of the Giants before you have a chance to grab this particular weapon. You’ll then need to head around to the East side of the province, and then south across the frozen lake. From here, follow the route south across a giant chain and keep moving forward until you see a church. This is the Church of Repose, and as you approach you’ll be invaded by Bloody Finger Okina, an evil NPC who is wielding the sword himself.

You’ll need to take him down if you want his sword, and it’s not exactly an easy fight. The unique weapon art of the blade gives him extra range, and of course, there’s the blood buildup for you to worry about. Your safest strategy is going to be to tackle this guy from a distance, specifically with spells in the Phalanx line if you have any. These are perfect as they don’t set off the NPC’s auto-dodge when you cast them. If you don’t have that, try to bait out his moves and strike while he’s recovering from his more devastating attacks.

What is Rivers of Blood useful for?

So, now you finally have access to Rivers of Blood, but what is it good for? Well, for starters it’s got a great move set, doesn’t have super high requirements, and deals a decent amount of blood damage with each swing. The weapon skill is also another useful feature, as it not only affects a cone in front of you, making it possible to sweep large groups of enemies, but it also adds some range, meaning you have more of a chance to hop back out of the way before your enemy can retaliate. If you’ve been looking for a decent weapon for your Arcane/Melee build, then this might be perfect for you.