How to Get Royal Remains armor in Elden Ring

You can get some of the best armor in the game pretty early. 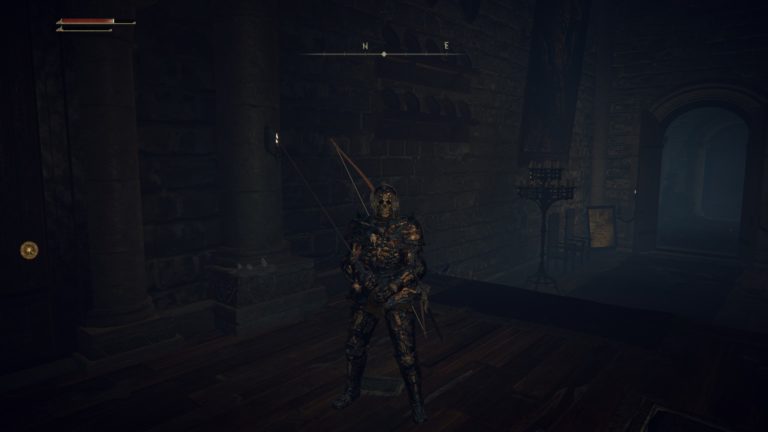 The Royal Remains armor set in Elden Ring is a pretty powerful piece of kit, even if it does make you look like a diseased skeleton. You first catch sight of the armor being worn by an NPC called Ensha, but since you can’t just randomly attack NPCs in Roundtable Hold, you’ll have to jump through a few different hoops to actually make the armor your own. Still, it’s available almost immediately if you know what you’re doing.

If you’re trying to get this armor straight away in the game then you’ll have to do a few things. Play the game until you get whisked to Roundtable Hold, then skip the bosses to get to Liurnia of the Lakes immediately. From here, you’ll need to make your way down into the shallow lake itself, and find the Liurnia Lake Shore point of grace. From there, head west and slightly north, hugging the rocks at the side of the lake. At one point you’ll see a flat grassy area, but just ignore it for now and keep moving along the edge of the lake.

Make sure you stay on Shadow because the lake is about to become poisonous and your horse friend is immune to it. Keep following the edge of the lake and you’ll eventually come across a rising ledge. Follow it up to find an abandoned village filled with zombie-like enemies. Activate the Village of the Albinaurics site of grace because the next bit could be a bit tricky if you’ve just got here. If you’re using the map above for reference, bear in mind that this location is underneath the big open area featured on the map itself.

Getting Past the Depraved Perfumer

From the site of grace, you should see a raised area to the east. Up this rise is an enemy called a Depraved Perfumer, and this early in the game he can be a beast to defeat. You can try and run past him, but he won’t de-aggro for a while and you have business in the area. You can try and take him on if you want, but the easiest way past him is to get into stealth mode and sneak behind him while he’s busy playing his little flute.

Once you’ve snuck past him, keep following the path east until you find a random pot sitting on the floor. Roll into it or attack it to reveal Albus, a helpful NPC who will give your the item you need to trigger the Royal Remains armor fight. If you exhaust his dialogue, he’ll give you half of the Secret Haligtree Medallion. Be sure you’re ready before you do this because once he gives it to you, you’ll be in for a difficult fight back in the Roundtable Hold.

The next time you fast travel back to Roundtable Hold, the area will be darker than normal. Be on your guard, because Ensha will come running into the room wielding a strange melee weapon called the Clinging Bone, and a staff to cast black fire magic. For the biggest chance of success, you should consider using a weapon that causes bleed damage as he is susceptible to this, and it’ll remove a big chunk of his health if you can get it to work. Consider using a fast weapon too.

The biggest danger is going to be his magic, as he casts Ancient Death Rancor, a more powerful form of Rancorcall, that sends a cloud of huge evil spirits at you, and they track you too. They can be dodged by moving in one direction, then quickly dodging in the opposite direction just as they’re about to hit. You can also outpace them, but the area you’re fighting in is pretty tight, so it’s tough to pull off.

Once you do take him down you’ll automatically be given the Clinging Bone, and booted back to the normal Roundtable Hold. Once there, head towards the pot where Ensha was originally standing, and you’ll find the coveted Royal Remains Armor set just sitting in his old spot waiting to be taken.