How to get the Ruins Greatsword in Elden Ring 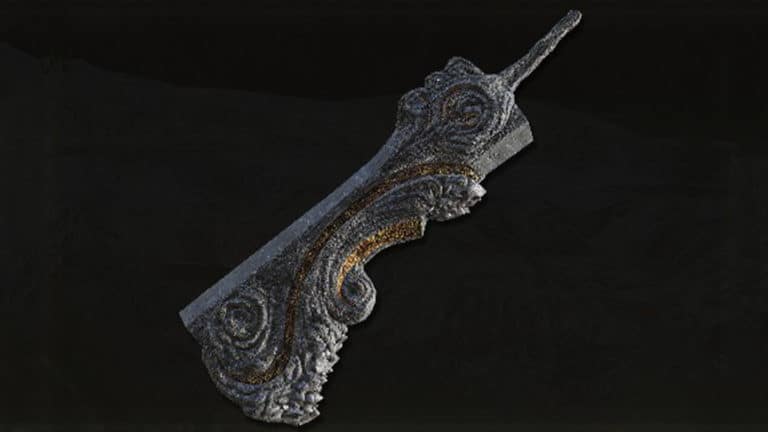 There are plenty of giant weapons in Elden Ring, and they usually come with some pretty insane damage output and special skills. If you’ve been hunting for another colossal weapon to try out, then you might have come to the right place. The Ruins Greatsword is a super interesting weapon that comes with a very powerful unique weapon skill that makes it great for farming ruins in certain areas of the game. If you want to get your hands on this weapon, then you’re going to need to follow a few steps to do it, but trust us, this guide will make it easy for you.

Where is the Ruins Greatsword in Elden Ring?

To get your hands on the sword, you’re going to need to head to the very southeastern tip of Caelid. More specifically, you need to reach Redmane Castle. Once inside, you’ll have to take part in the festival of combat and take down Starscourge Radahn before you can get your hands on the Greatsword. Once that is done, warp yourself back to the Chamber outside the Plaza site of grace. You’ll notice when you leave the room that you start in that there’s a golden boss fog in place of the usual doorway. Steel yourself for a fight, and then head inside.

Fighting the Misbegotten Warrior and the Crucible Knight

Well, you’ve probably come across both of these guys before at various times throughout your time in Elden Ring, but now you’ve got to face them both at once. When you enter the arena, the Misbegotten Warrior is the only one there. If you’re doing high-enough damage then you can take him out before his friend gets involved, making the fight a bunch easier. Of course, as with any 2 vs 1 fight, you can even the odds by summoning a friend to help you. Other than that, these two are exactly the same as their previous iterations, and most of their attacks should be pretty basic for you to dodge at this stage. Once you take them both down, you’ll get the Ruins Greatsword.

What is the Ruins Greatsword useful for?

The Ruins Greatsword is an insanely powerful weapon in the right hands, with impressive base scaling for Strength builds. However, it does have high requirements too, needing 50 strength and 16 intelligence to be used effectively. Luckily, it can easily be two-handed, and the weapon art, Wave of Destruction, is certainly worth your time. If you’re familiar with our guide on farming runes quickly, then you will find this is a great way to add the nearby crowds of little frog-people to your rune tally. It has a huge range and does high damage for the FP you have to sink into it, and it only gets stronger if you upgrade it.