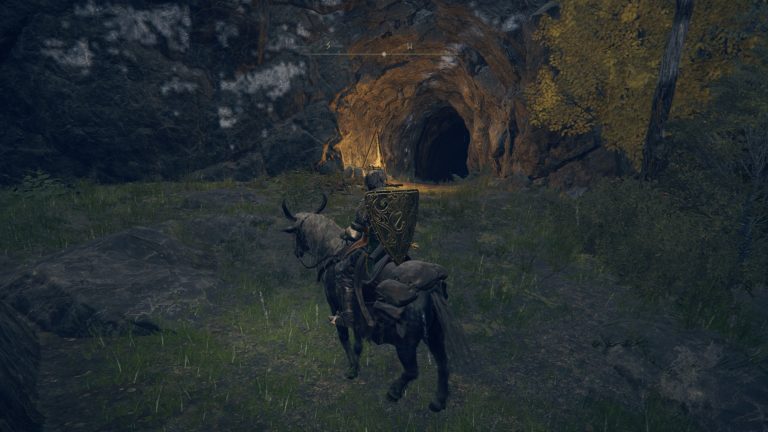 The Weeping Peninsula is probably the rainiest place in Elden Ring, but it’s also got a relatively high number of dungeons for a relatively small region. If you’re trying to go through every dungeon that the game has to offer, then you might struggle to keep track of all the ones you’ve already done and which ones you have left. To help you out with that, we’ve provided this guide to the Tombsward Cave dungeon, just to make life a little bit easier on you.

How to find Tombsward Cave

This dungeon is pretty out in the open luckily. If you’ve already unlocked the Fourth Church of Marika point of grace then you can just warp there and head southeast down the series of small hills and cliffs. Look back in the direction that you’ve come from and you should see the entrance to the dungeon as a quite obvious opening in the rock face. If you don’t have the correct church yet, head from the entrance of the region and follow the main road, doubling back at the turning and across the wooden bridge to find the Church of Pilgrimage. Then, head southwest until you find the Fourth Church of Marika and follow the directions above. Activate the point of grace to get started.

Activate your lantern or pull out your torch, because this place is dark and you’ll need to be able to see where you’re going. Activate the summoning pool if you want, then head forward to find a room filled with poison water and some mushroom mages. They’re relatively weak enemies, so it’s viable to snipe them from the shoreline without having to deal with the poison water itself. After you’ve taken out the two ahead of you, huge the wall to the right and you can make your way towards the main area without getting poisoned.

As you enter the main cave, you should see a large group of different poison mages, so once again take them out from a distance with a bow if you have one. If not, you can run straight into the group, but make sure you’re packing some poison-clearing items or you’re rushing in. You can also leapfrog across the rocks around the left side of the cave to avoid poison, but watch out for the slime that drips from the roof. If it lands on your head, you’ll certainly be poisoned and possibly even killed outright.

Walk around the outside edge of the cave until you hit the exit at the north side of the cave. You’ll find another slime to murder on your way past. At this stage, you’ll have no choice but to hop down the cliff into a pool of poison goop. Immediately sprint forward and turn left, ignoring the rats in this cave, head left again and you’ll come to an area free of the poison sludge for you to let your resistance build back up again. Further on in this part of the cave, you’ll find a ledge covered in Miranda flowers that you should take out. From here, you can hop down again to get back into the main area of the cave if you like, or just turn around and get ready for another sprint.

You can take out the rats first, but then sprint back into the main section of the poisoned tunnel, and head North. As you round the corner, take a swing with your weapon if it’s big enough and you can take out the giant rats waiting for you relatively easily. If you’re not prepared, you might have to take a backward dodge roll into poison to kill them. Another tactic you can use here is to aggro them by sprinting around the corner, then run back to the dry area from before so you can move more freely. Pick up the cookbook from the corpse and then drop back down into the chamber you cleared before and head down the other chamber if you want to take the boss on.

We don’t normally cover bosses in the actual dungeon guide, but this one is a bit of a joke. It’s just one of the big poison plants you’ve faced before but is even weaker than some of the ones you’ll find in the overworld at times. Run in and immediately start attacks to see its health melt away. If you want an even swifter victory you can use something that deals fire damage, but either way, it’ll go down pretty quickly. The only trouble will come from the fact that it still has access to magic spells, and the arena you’re fighting in is tiny. You can also reliably take out the surrounding minions with a firebomb or a wide-arc attack.