Home » Gaming » Elden Ring » What is the Stranded Graveyard in Elden Ring?

What is the Stranded Graveyard in Elden Ring?

AKA the Cave of Knowledge, if you didn’t know already! 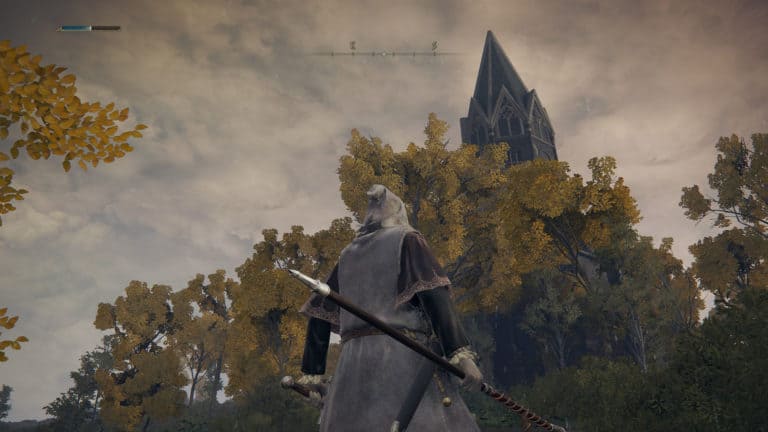 Stranded Graveyard or the Cave of Knowledge, as the cool kids call it, is the first Minor Dungeon in Elden Ring and is located in Limgrave. Continue reading to discover more about Stranded Graveyard, including its location on the map, what to do here, and goods that can be obtained!

What is the Cave of Knowledge in Elden Ring?

As the initial region, Stranded Graveyard is where the game will educate through integrated tutorials. You’ll learn button controls, how to utilize items, and what you can accomplish at Sites of Grace.

The location doesn’t consist of much. All you have to do is:

It is also entirely optional since the tutorial may be either reached by leaping down a massive hole – or skipped by walking around the pit and up the stairs to an elevator heading to the Limgrave zone.

The option is yours, although it’s ideal for new players to check out the cave, while veteran Souls-series players may skip the lesson because there’s not much to earn other than a few trinkets. Oh, and an emote.

What is the Chapel of Anticipation?

You’ll awaken in the Chapel of Anticipation after creating your personal Tarnished. You’ll have selected their body, class, and beginning keepsake. The next thing you know, you’re thrown into the demonic world of Elden Ring.

This first lonely and forsaken location is empty of foes, yet a dead girl clutches a Tarnished’s Wizened Finger by the entryway. You may use this item to leave messages on the ground that other players can see.

Exiting through the main door, you’ll see a giant illuminating tree in the distance, with a big castle silhouetted in storms across a vast gap. Head towards the balcony with a view of the castle, and you’ll see wooden scaffolding on the left.

From here, you may cross a long rope bridge that leads farther over the island’s high peaks to a gigantic statue of Marika – and a boss fight.

If you’re wondering, the Grafted Scion is one of those challenging foes that From Software loves to throw at novice players straight away so they may die. Very painfully. And usually very quickly.

You don’t really need to worry about defeating this monster, and you don’t even have a method to heal as it is, so enjoy your first taste of Elden Ring. It tastes like death.

Once defeated, your body will tumble to the ocean below, where the tides will transport you somewhere else – and a mystery figure on a horse will discover you.

You’ll wake up in the Stranded Graveyard, with a big cave to your right that acts as a tutorial of sorts. It’s an excellent opportunity to gain your bearings, learn the controls, and experience what Elden Ring has in store for you.

Dropping down into the cave below will give you a crash course on how to utilize items, such as through quick slots.

The Site of Grace here is just ahead. Rest to replenish your health and Focus Point flasks.

Not far from the Site of Grace are some pretty tame foes against which you may practice your magic or melee skills, as well as locking on and strafing around targets. After you kill them, the passage will proceed upwards, and you’ll be free to leap whenever you want to ascend the steps to a larger cavern. An adversary above you may attempt to take potshots at you, and you can either fire back with magic or move forward to be out of range for the time being.

Beyond the enormous cavern is another protected monster, and straight after that, a few more undead appear and need you to dispatch them.

Next, you’ll cross a bridge, and the passage will lead to a big cave filled with greenery.

Warning: the Stake of Marika cannot be slept at, nor can you utilize any of the Sites of Grace’s amenities, so be sure to know the risks before choosing!

Where is the Stranded Graveyard Located?

The Stranded Graveyard is a Minor Dungeon located in Limgrave. It’s in the West Limgrave starting area.

Who is the Elder Ring Boss in the Stranded Graveyard?

Soldier of Godrick is an optional boss in Elden Ring’s Stranded Graveyard area, found at Fringefolk Hero’s Grave, down a jumpable hole. By continuing up the stairs and beyond the Site of Grace, you may bypass Soldier of Godrick.

Soldier of Godrick shouldn’t pose much of a problem – he’s not as tough as he looks. So, use this as an opportunity to brush up on your combat skills. You can try to avoid Soldier of Godrick’s strikes by rolling in all directions. Practice whilst you have a relatively easy enemy in front of you.

It’s also worth attempting to parry and defend counter, two vital defensive techniques that, once mastered, will save your life.

This boss is less of a monster and more of an opportunity for you to put all you’ve learned in the Cave of Knowledge to the test. Don’t be misled by the inflated health meter; the Soldier of Godrick has very little health and, while more aggressive than most adversaries you’ve seen so far, won’t live long.

It solely drops runes. So don’t expect anything else as I did. Totally not bitter at all.