Full TOTY packs FIFA 22 release date speculation: When can we expect them?

We can you expect to buy Full TOTY packs? 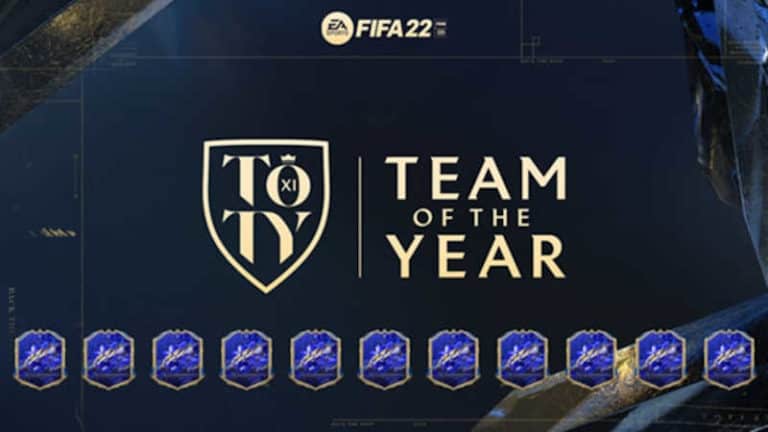 FIFA 22 is now coming to a close with its yearly TOTY promo, featuring many different SBCs, packs, and other voting celebrations. As it stands, we have had the full TOTY XI release in stages, with the attackers, midfielders, and now defenders and keepers their time in the spotlight. However, we are not through just yet. We are still expecting the full TOTY packs in FIFA 22, which typically contain all XI TOTY players. Moreso, we will get the rumoured 12th man, along with other hyped up SBCs. For those wondering when that is, here is our speculation on the full TOTY packs FIFA 22 release date

The full TOTY pack release date for FIFA 22 will more than likely be on Thursday, January 27, or perhaps January 28. The reason why these two dates are so likely is down to two factors. The first is because of the staggered release of TOTY phases. In the last few years, there is always a two-day stagger from the event start through to each phase. Typically, the attackers launch first, followed by the midfielders, defenders and keepers, and finally, the full packs. This methodology seems to apply to FIFA 22 too. On January 21, we got the attackers, while the 23 released the midfielders, followed by the defenders on the 25. So, in theory, we shall get the full TOTY packs FIFA 22 release date today (at the time of writing).

However, the packs may become delayed until February 28, a Friday. The reason why is typically down to FIFA 22 events taking place on Friday and lasting the weekend for the most part. It could mean this weekend could be the full XI TOTY launch, along with all the hyped SBCs and the 12th man, all rammed into one weekend.

Regardless of which day it is on, the full TOTY packs in FIFA 22 release time should occur at the following times: