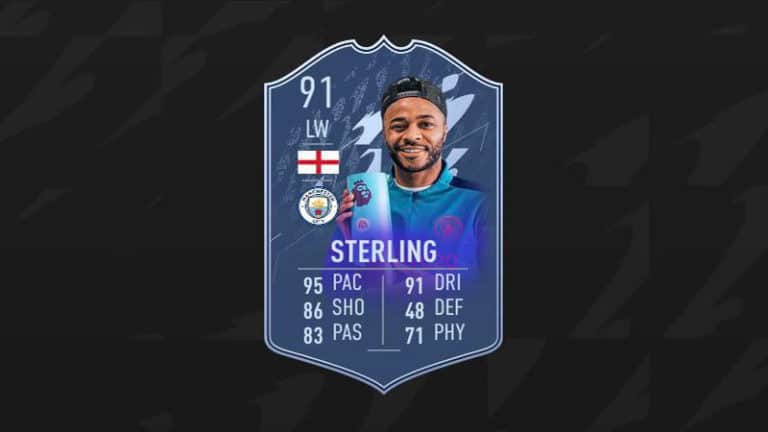 EA Sports has revealed that the current POTM for FIFA 22 is Raheem Sterling. Manchester City’s LW and England national player makes his way into the event after having an incredible January.

To celebrate the occasion, EA Sports has made Raheem Sterling this month’s FIFA 22 POTM. The feat comes with  Sterling getting a new POTM card, along with a Squad Based Challenge (SBC). The challenge for the SBC requires the following metrics to be achieved to make the save.

As for the POTM Raheem Sterling FIFA 22 stats, his numbers are as follows:

If you are good at dribbling, then this FIFA 22 version of Raheem Sterling may indeed be a good shout. Some people think it’s worth it for those reasons. However, it is by far not for everyone. Be aware that you have to give up the cards you submit to get the Raheem Sterling POTM card and the rare gold pack. You’re best to look at the stats, make sure it fits your FUT strategy, and go from there.

In other news, Raheem Sterling earned the overall Premier League MVP for the month granting the Premier League award as you can see on Manchester City’s website. Over the month, Raheem scored five goals and provided one assist to Manchester City, a month in which the club managed to win all seven of their fixtures. Is there any wonder why the player managed to get the feat in the game with that feat too?