Here are six games very much like It Takes Two, and six other that are great coop games to play in general. 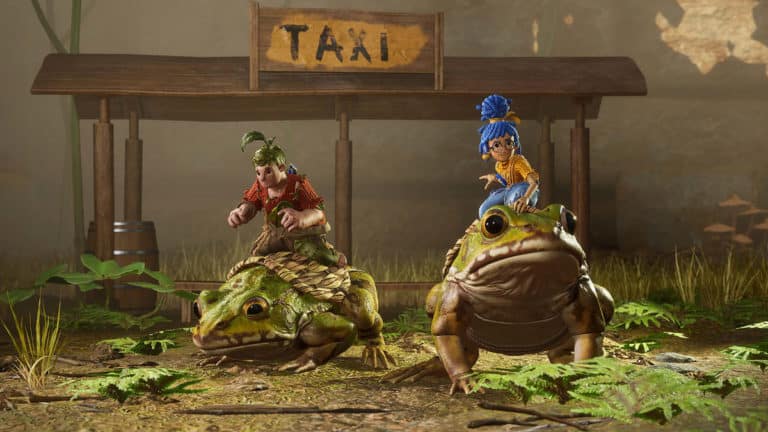 It Takes Two is one of the biggest and best coop games to launch in recent memory, and it’s no surprise it is one of the best games for players who love coop. Its puzzles, exploration and general journey-taking are great experiences for all involved. But now that you’re done with the game and you still have that coop urge to find something that will take its spot. So, we list 12 games like It Takes Two, with six being the closest like it, and the other six offering something different you may not have considered.

Below are the six games like It Takes Two where you’ll find the most coop familiarities, alongside similar features or mechanics found in the game.

A Way Out is perhaps the game most like It Takes Two, and it’s easy to see why. A Way Out is another two-player coop game published by Electronic Arts and has players go on a variety of adventures together. You both play a character each, with each of you having to perform your own tasks to get through whatever objective you’re on.

At the start of the game, you find yourself in a prison, both setting up your own tasks to facilitate an escape. There are then some other coop features, alongside completing more of the story where both players have to perform different tasks. It’s pretty much the gist of how the game performs, but rest assured there’s lots of variety for players to uncover as they play together.

Unravel is yet another Electronic Arts coop game, which plays more akin to a platformer. The game makes you play a yarn turned to life, which will have you swinging around the platforms and completing your objectives.

As you play another game, you will uncover hard puzzles to out manoeuvre, along with unlocking powers to help you on your journeys. There are also a lot of playstyles, all of which will have you jumping, sliding and zooming around so you can have those cool gamer moments with your local coop ally.

The We Were Here franchise has become one of the better indie coop franchises, and rightly so. The game features a coop experience in that you and your friends will go around and solve puzzles. Moreso, there are several games in the franchise, so there are plenty of coop puzzles to solve with your friends as you explore different locations.

The most recent one is We Were Here Forever, which is acclaimed to be one of the best coop puzzle games of the entire series. But rest assured the success of the two other games is very good. In Forever, you will walk around some form of evil vampire castle prison thing, which you will explore to find items and find ways out of the castle. Expect to explore and find a lot of items and try to solve everything.

Portal 2 holds the crown for being one of the best coop puzzle games, which some may argue has only been dethroned thanks to It Takes Two. In this game, both players in Portal 2 possess a Portal gun. These Portals allow players to bypass terrain and other difficulties by using their portal to their advantage. It could mean making a robot shoot itself in the back with its sentry, or getting to new places. You can also do some fun stuff in the game, like have one player jump through a variety of portals, gaining terminal velocity while the coop pattern adjusts your portals to launch you around the room, either for fun or to complete the challenge.

All in all, Portal 2 is still one of the most unique puzzle games on the market, and one that is worth going back to if you have not done so already. It still gets updates adding more content, albeit they are few and far between nowadays.

Escape Academy is an upcoming game about bringing your friends to an escape room, like those in your city. The thing you need to know is that that game has its levels, alongside having time to escape the room before it runs out.

Moreso, players can expect a lot of different puzzles ranging from the usual find a key to open the door or click a secret switch to full-on interactive mini-games,. There’s quite a lot to the game, so for those looking for a new take on the local city experience, this might be something for you and a friend.

At the time of writing, the game is not out, but there is a demo as part of the Steam Next Fest that might be worth checking out.

Human Fall Flat is another crazy coop game which can have up to eight friends play along.  The game has lots and lots of levels. With the game getting constant updates it adds even more content to freshen things up.

As for the regular mechanics, you are going to need to use lots of players to truly get the most of it. Is there a giant boulder that needs shifting, get all the crew to carry it? Perhaps there’s a wall that needs tipping over, have all of your friends run into it. Maybe you can even make a human pyramid and climb to appointments you otherwise could not. It is a very interesting game, and the number of players who takes part can really make all the difference.

Something a little different

Barotrauma is a darker-themed coop game that takes you to a distant moon in the solar system filled with water. The result is that the human colonist on the moon live on underwater bases and use submarines to navigate the map. You’ll need a crew, with each of the roles specializing in something different, such as a captain, security officer, mechanic, engineer and medic. Moreso, each class has different skill trees to offer different playstyles for each class. So, there are plenty of reasons to keep replaying the game with you and your friends.

These classes will come in handy as you play the game. As you set sail, you’ll need to repair your submarine to avoid sinking, while engineers repair the internal system and even build new items to sell. You’ll also need a security officer to protect your ship if it’s breached by crazy alien monsters or defend against a player who has turned saboteur if you play that multiplayer mode.

Rainbow Six Extraction is a coop shooter game made by Ubisoft, taking the characters from Rainbow Six Siege and painting them in light. The game has you go into coop missions with characters and perform different objectives. Moreso, the game is played better with friends as you progress through the missions and take on the new weekly mission.

Also, like It Takes Two, the game also had a friend pass called the Buddy Pass, which allows you to invite friends to play the game with you if you want to. If you’re up for something a bit more coop shooter with different maps and mission objectives to compete against, then Rainbow Six Extraction might be worth the attempt.

GTFO is another coop shooter, albeit it’s a very difficult and hardcore game. The project makes you pick a class and specialize your loadout with select tools and weapons that match your preference. You then go down to the level, which limited ammo and resources that you need to scavenge on the map itself to keep going.

In addition, you’ll need to use a variety of tactics and stealth to ensure success. You don’t want to get in too much conflict as your ammo and resources will be limited, and death will take you out of the level. So, solid coop teamwork against the aliens on the level is going to be key to victory in one of the hardest coop games to date.

Lastly, the game is frequently updated, with entire new GTFO campaigns becoming available every season to play. Players who want new content when they master the previous campaign can expect it.

Payday 2 and GTFO are fairly similar games, largely thanks to a shared dev team. However, Payday 2 lets players take on the role of bank robbers and other heisters. Players will coordinate, cover each other, control the civilians and more to ensure success. Each player will have different tasks like busting open the vault, perhaps hacking the security camera, others ensuring no one outside spot masked men robbing the place.,

And, when things inevitably go wrong, players will need to find a way to escape all the hecticness that goes with it. Or feel euphoric when they did a job completely clean and perfectly silent.

Oh, the game still gets fairly regular updates too, so keep coming back to mess around with some of the game’s new and balanced features. There’s also lots of DLC for the game, which is fairly regularly discounted during major steam sales, so if you don’t already, you can get a coop banger for very little fairly often.

Grounded is in the art and light-hearted style of games like It Takes Two, and although you’re shrunk down to a mini from, you’re lost in the garden. You and your coop friends will do a variety of tasks to ensure they survive the enemies of your garden.

The game is largely a coop survival game, focusing heavily on crafting and building. One of the reasons we included this on the list is light because it’s a light-hearted survival game, with some more casual gaming that will have players work together and laugh.

The Escapists is a franchise that takes players to pixel worlds, playing as a prisoner trying to escape a variety of prisons. The second one in the series greatly expands on that and adds more levels to break out of, multiple floors, new vent systems, different prisoner and guard behaviour and more.

Throughout a session, you and your coop partners are going to want to find ways to escape the prisoners using any means necessary. Perhaps you orchestrate a plan to escape through the vents, perhaps you inspire a mass riot, or maybe you just straight-up run the door? Bring your crew, plan together, and monitor everything you need to make your great escape on every mission.

In addition, the game has a multiplayer mode, with you competing against each other in a race to escape. The player who manages to escape first will win. Feel free to beat each other up to make sure they don’t make it out first.

This concludes our games like It Takes Two. There are many games that offer players some great coop experiences, ranging from puzzles, platformers, escape games or coop shooter missions. There should be something for everyone on that list, no matter what mood you and your friends are in.