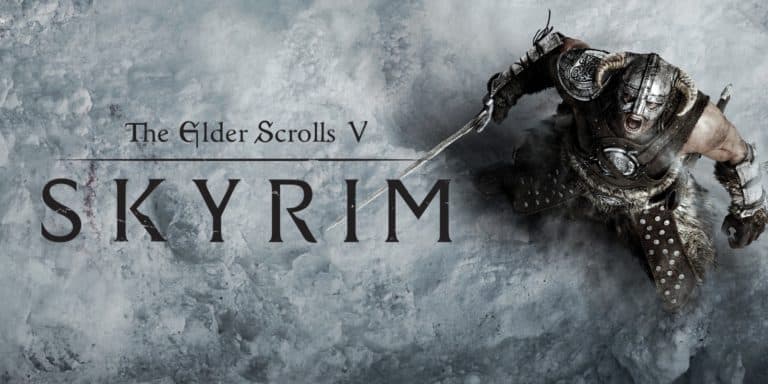 The Elder Scrolls V: Skyrim is an action role-playing game set in an open world environment.

Here are 10 games that are similar to Skyrim that you might enjoy playing:

The Witcher 3: Wild Hunt is often compared to Skyrim, and for good reason. Both games are open-world RPGs with a strong focus on exploration and combat.

However, The Witcher 3 sets itself apart from its Elder Scrolls counterpart in a number of ways.

For one, the world of The Witcher 3 is significantly more mature than that of Skyrim. While both games feature fantastical elements.

The Witcher 3 grounds its gameplay in a gritty reality, with complex political machinations and morally grey characters.

In addition, The Witcher 3 also features a more robust combat system than Skyrim. Geralt, the game’s protagonist, is a highly trained witcher, and players must use his sword-fighting skills to defeat a variety of enemies.

With its rich world and challenging gameplay, The Witcher 3 is a game that provides players with hours of entertainment.

When it comes to open-world RPGs, few games are as highly regarded as Skyrim. So when Bethesda announced Fallout 4, many gamers were eager to see how the two games would compare.

And while Fallout 4 does borrow many elements from Skyrim, it also brought plenty of new ideas to the table.

For starters, the game is set in a post-apocalyptic world, which gives it a unique visual style.

The combat system has also been significantly overhauled, giving players more options for how to approach each battle.

In addition, the game’s crafting system is much more robust, allowing players to create their own weapons and armor.

Overall, Fallout 4 is a very different game than Skyrim, but that doesn’t mean it’s not worth checking out.

Dragon Age: Inquisition is often compared to skyrim, and for good reason. Both games are open world RPGs with a vast array of things to do and places to explore.

However, Dragon Age: Inquisition has a few key features that set it apart from skyrim.

First, the game has a much more robust story, with complex characters and a deeply engaging plot.

Additionally, the game world is significantly larger than skyrim, and there is a greater variety of activities to pursue.

Finally, the combat system in Dragon Age: Inquisition is far superior to skyrim, offering a greater degree of strategic depth and challenge.

As a result, Dragon Age: Inquisition is a truly unique game that offers a significantly different experience than skyrim.

If you’re a fan of games like Skyrim, then you’ll definitely want to check out Middle-earth: Shadow of Mordor.

This game is set in the Lord of the Rings universe and it’s filled with all the same kinds of adventure and excitement that you loved in Skyrim.

The game play is similar to Skyrim, but there are some key differences that make this game unique.

For example, the Nemesis System allows you to create unique relationships with the characters you encounter in the game.

This adds an extra layer of depth and immersion that’s sure to keep you hooked for hours on end.

So if you’re looking for a game that’s similar to Skyrim but with its own distinct flavour, then be sure to give Middle-earth: Shadow of Mordor a try.

The Elder Scrolls Online is a game like skyrim, in the sense that it is an open world adventure game with a large following.

However, The Elder Scrolls Online has many differences that set it apart from skyrim.

For one, The Elder Scrolls Online is an online game, meaning that players can interact with each other in real time.

NOW READ: Familiar with Warframe? Here are some alternatives to the MMO that might be of your interest

Additionally, The Elder Scrolls Online features a more robust combat system, as well as a variety of unique quests and rewards.

Finally, The Elder Scrolls Online has a subscription-based business model, which allows for a steady stream of content updates and new features.

In conclusion, while The Elder Scrolls Online may be similar to skyrim in some ways, it is ultimately its own game with its own unique appeal.

There are a variety of games like skyrim that offer players a unique and engaging experience. From open world RPGs to story-driven games, there is something for everyone. So if you’re looking for a game to sink your teeth into, be sure to check out one of these titles. You won’t be disappointed.