An in-depth guide on how to build Genshin Impact’s mischievous bookworm, Xingqiu. 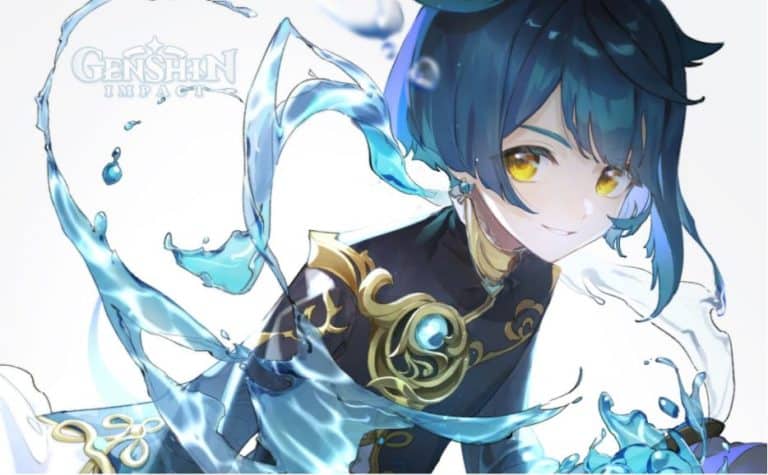 Xingqiu is a 4-star Hydro Sword character who specializes as a Burst DPS and Support and is available on the Character Event Wish, Epitome Invocation and Wanderlust Invocation Standard Banners. Keep reading to find out what materials are needed to Ascend Xingqiu, his best builds and an overview of how to use him effectively.

All characters in Genshin Impact have a particular stat that levels up alongside their base stats. For Xingqiu, this extra stat is ATK%. While not groundbreaking, this will help to increase his overall DMG.

Once you have obtained Xingqiu and maxed him to Level 20, he can be further levelled up through Ascension. The materials you will need to Ascend Xingqiu are as follows:

Varunada Lazurite Slivers, Fragments, Chunks and Gemstones can be obtained by defeating the Oceanid, located in Liyue, and the Hydro Hypostasis, located in Inazuma.

Cleansing Heart can be obtained by defeating the Oceanid, located in Liyue.

Silk Flowers can be found growing in red bushes in Liyue. They grow in abundance in Liyue Harbour and near Wangshu Inn.

In order to make Xingqiu stronger, you’ll need to upgrade his talents. The materials you will need are as follows:

The Teachings, Guide and Philosophies of Gold can be obtained by completing the Domain of Mastery: Circle of Embers every Wednesday, Saturday and Sunday. Meanwhile, the Tail of Boreas is a potential drop from the Weekly Boss Wolf of the North.

Xingqiu has a fairly straightforward build; here are a few options:

More than anything, Xingqiu needs high Energy Recharge so his Burst can constantly be in effect. Therefore, the best weapons for him have an Energy Recharge substat. That being said, his best in slot is the 4-star Sacrificial Sword. At max Refinement, it will give his Elemental Skill an 80% chance to end its own CD, meaning you can almost always use it again right-away. Doing this will give him more particles, which will charge up his Elemental Burst – so you can activate it faster – alongside activating a couple of buffs for the active character. F2P 4-star weapon options include Festering Desire (if you were playing the game during the time it was available) or the craftable Iron Sting. Festering Desire works very nicely on him, and Iron Sting can be useful if you want to increase his Elemental Mastery – although this is only viable if you have a decent amount of Energy Recharge on him from his Artifacts.

His 5-star options are good, although not entirely necessary. Skyward Blade will give him plenty of Energy Recharge, and Freedom Sworn will increase his Elemental Mastery on top of a useful passive which will boost your team. But as previously mentioned, Sacrificial Sword is his best in slot which makes him very accessible to build.

In terms of Artifact substats, you’ll want to focus on ATK%, Energy Recharge, Elemental Mastery, and both CRIT DMG and CRIT Rate.

How to Use Xingqiu

His Elemental Skill, Guhua Sword: Fatal Rainscreen, deals Hydro DMG. At the same time, this ability creates the maximum amount of Rain Swords, which will orbit your active character. The Rain Swords will reduce the amount of DMG the active character takes, as well as increase the character’s resistance to interruption. 20% of Xingqiu’s Hydro DMG Bonus will be converted to additional DMG Reduction for the Rain Swords.

Xingqiu’s primary role is to create Elemental Reactions with his Elemental Burst, which attacks alongside the active character. This means that you’ll need to pair Xingqiu with a DPS which ideally infuses their Normal Attacks with their Element, so that Xingqiu’s Rain Swords trigger reactions. Characters such as Hu Tao, Diluc, Klee, Chongyun, Ayaka, Keqing and Raiden Shogun are all great contenders, and Xiangling can work too even without Normal Attack infusion – you’ll just need to have her Burst activated. The same also goes for Kaeya.

Besides your Main DPS, you’ll want a trusty Anemo unit with 4-Piece Viridescent Venerer to shred your enemies’ resistance to the elements you’ll be using, as well as to spread these elements and apply them to your opponents. You’ll also want a Healer if you’re using this team in Spiral Abyss, so Bennett, Diona or Qiqi can work well here. Xingqiu works best in Freeze and Vaporize team comps, but Electro-Charged can work well with enough investment.

For example, in a team consisting of Hu Tao, Xingqiu, Kazuha and Bennett, you’ll want to use Xingqiu’s Skill to charge up his burst, switch to Kazuha and Swirl Hydro, then use Xingqiu’s Burst once it’s charged. Switch to Bennett and use his Burst to boost Hu Tao’s DMG, then switch to Hu Tao, activate her Skill, and proceed to Vaporize your enemies. You’ll basically want to use Xingqiu’s Burst whenever it’s available, before switching back to your Main DPS to deal big DMG. 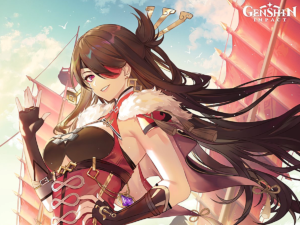 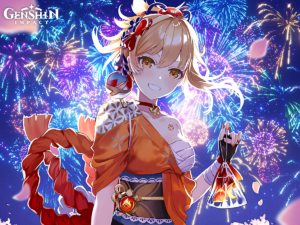 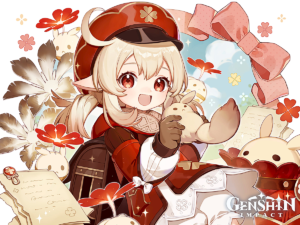 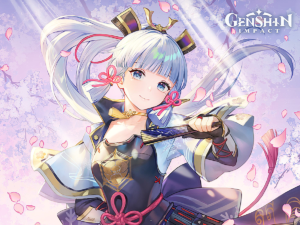