Find out how to Ascend the Compound Bow and who the best characters are to use it. 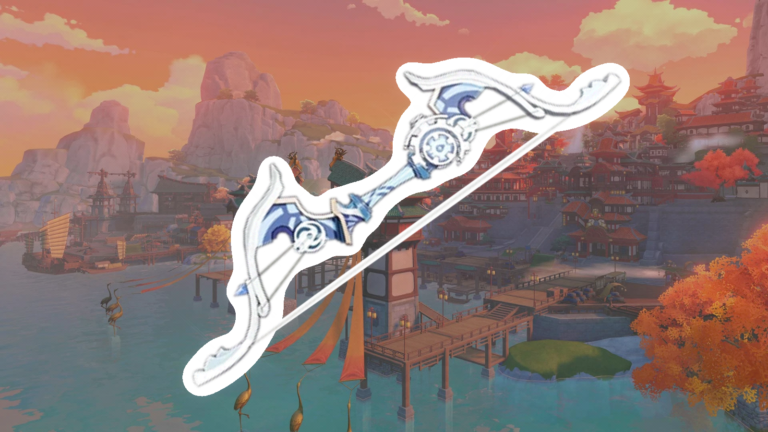 Compound Bow is a 4-star Bow that can only be obtained by forging it at any blacksmith’s. Keep reading to find out what materials you’ll need to gather for Ascension, Compound Bow’s Stats, and the best characters to use the Compound Bow in Genshin Impact.

Dismal Prisms, Crystal Prisms and Polarizing Prisms are obtained by defeating Geovishap Hatchlings, which can be found throughout Liyue.

Normal Attack and Charged Attack hits increase ATK by 4% and Normal ATK SPD by 1.2% for 6s. Max 4 stacks. Can only occur once every 0.3s.

In Genshin Impact, you can Refine a weapon by feeding it an identical weapon to itself, which increases some of the weapon’s effects in turn. With each Refinement of the Compound Bow, the % that ATK and ATK SPD is increased by also increases.

Best Characters to use the Compound Bow

Thanks to its Physical DMG Bonus substat, this bow is quite niche. This is because most Bow characters don’t favour using their Normal Attacks, and instead their utility comes from their Charged Attacks, Skills and Bursts. The Compound Bow also has a low Base ATK, and as a result it’s not the most desirable. However, that being said there are a couple cases where you may want to use the Compound Bow. Its best user is Fischl, and is used in a build called ‘Machine Gun Fischl.’ This build capitalises off of Fischl’s fast Normal Attack animations and animation-cancelling, as well as the ATK SPD bonus that the this bow provides.

Combined with Physical DMG Bonus Artifacts and the Superconduct Reaction, this build turns Fischl into a hard-and-fast hitting machine worthy of the build’s nickname. While this build isn’t typically recommended over her Electro build due to her Electro application being so good, the Machine Gun build is a fun challenge!

A Physical Amber build can also make use of this bow, although Amber tends to work best as a Pyro Support. That being said, she can be a viable Physical unit as long as you have two other characters on your team that can trigger Superconduct. As long as you bear that in mind, Amber will be able to work well with this bow.