Find out how to Ascend Hamayumi and who the best characters are to use it. 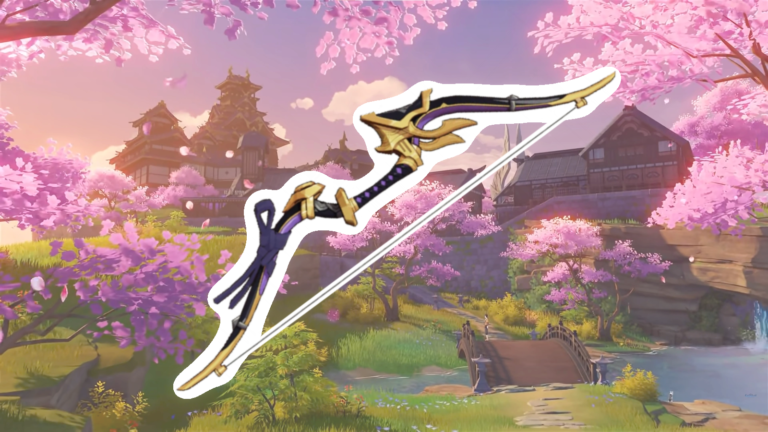 Hamayumi is a 4-star Bow that can only be obtained by collecting its Forging Blueprint, and forging it at any blacksmith’s. Keep reading to find out what materials you’ll need to gather for Ascension, Hamayumi’s Stats, and the best characters to use Hamayumi in Genshin Impact.

How to Get Hamayumi Forging Blueprint

Once you have obtained Hamayumi from forging it and maxed it to Level 20, it can be further leveled up through Ascension. The materials you will need to Ascend Hamayumi are as follows:

Where to find Hamayumi Ascension materials

Narukami’s Wisdom, Joy, Affection and Valor are obtained by completing the Domain of Forgery: Sand Burial every Tuesday, Friday, and Sunday.

Dismal Prisms, Crystal Prisms and Polarizing Prisms are obtained by defeated Mirror Maidens, which can be found wandering all over Inazuma.

Firm Arrowheads, Sharp Arrowheads and Weathered Arrowheads are obtained by defeating Ranged Hilichurls, which can be found all over Teyvat.

Hamayumi starts with 41 Base ATK and a 12 ATK% substat. At Level 90, these stats become 454 Base ATK and 55.1 ATK%, giving it a Base ATK on par with that of the Favonius Warbow and Compound Bow. This gives it the joint lowest Base ATK of the 4-star Bows.

Increases Normal Attack DMG by 16% and Charged Attack DMG by 12%. When the equipping character’s Energy reaches 100%, this effect is increased by 100%.

In Genshin Impact, you can Refine a weapon by feeding it an identical weapon to itself, which increases some of the weapon’s effects in turn. With each Refinement of Hamayumi, the % that Normal and Charged Attack DMG is increased by also increases.

Best Characters to use Hamayumi

Characters that tend to stay on-field as Normal and Charged Attack-users can make the most of this Bow. Therefore, Yoimiya, Tartaglia and Ganyu will appreciate Hamayumi the most. That being said, Ganyu often works better with Prototype Crescent, another forgeable weapon. This is thanks to the Crescent having a higher Base ATK than Hamayumi, and its passive generally increases her DMG more. Yoimiya and Tartaglia also work better with Rust, another 4-star Bow. This is also because of its higher Base ATK, and it increases Normal Attack DMG by a higher amount. This is especially true at Max Refinement.

Based on this information, you might be hesitant to craft Hamayumi. However, it does have its uses; it’s effectively a Jack of all trades Bow, being beneficial to both Normal attackers and Charged attackers. So, if you’re F2P and don’t regularly wish on any of the banners, having a multi-purpose Bow will definitely be beneficial to your account. If you’re low on Northlander Bow Billets, you also may not want to, nor be able to, craft multiple Bows. In this situation, Hamayumi might be the smartest choice for you.