How Old is Venti in Genshin Impact?

He may look young, but there’s more to Venti than meets the eye. 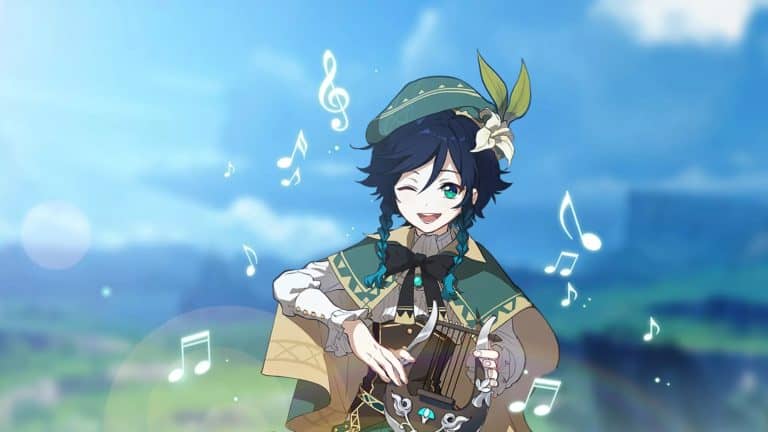 Table of Contents hide
Venti’s Backstory
How old is Venti?

Venti is a fan-favourite character from Genshin Impact. He’s playful, free-spirited, and … drinks a whole lot of wine. He’s also not just a bard, but the Anemo Archon who secretly watches over Mondstadt, too. This, in combination with his young looks, simply begs the question: how old is Venti? To find the answer, we have to do some digging into his backstory. There’s a lot to unpack.

Venti existed as a small wind spirit during the Archon War, over 2,600 years before the events of the game. During the Archon War, this wind spirit befriended a Nameless Bard, who sang of his wishes to see the sky – which had been blocked off by a harsh, impenetrable wind. Decarabian, the God of Storms and Anemo Archon, had made it so, and his dictatorial rule was eventually met with rebellion.

The rebellion was led by the Nameless Bard and the wind spirit amongst others, and eventually Decarabian was slain in the battle. However, the Nameless Bard also perished. With the position of Anemo Archon now empty, the wind spirit, now under the name Barbatos, was elevated to godhood himself. He used his newfound powers to create a vessel in the form of the Nameless Bard’s to honour him. However, he didn’t want to rule over Mondstadt in fear of becoming a tyrant himself. And so, to obscure his identity as Anemo Archon, he took on the name Venti. He has since dedicated the rest of his life to performing on the streets of Mondstadt as a humble bard, whilst keeping an eye on things as Archon.

How old is Venti?

So, if Venti has been alive since before the Archon War, that means he is at least 2,600 years old. Since he took on the form of his young friend, he hasn’t physically aged. That won’t stop him from drinking up a storm, though.