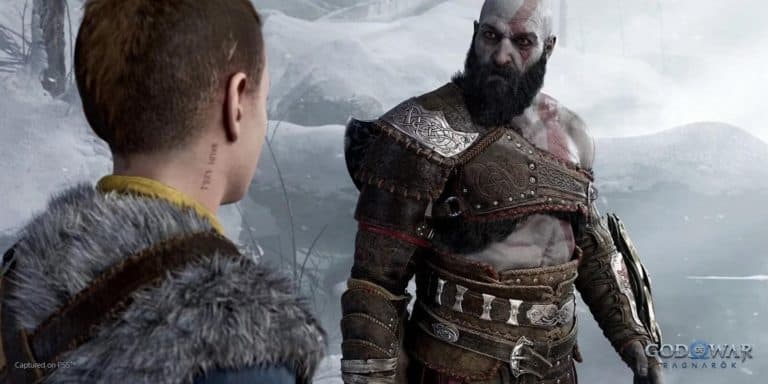 God of War Ragnarok can now be pre ordered in the UK via GAME, pre orders in the US to follow later on in the day. 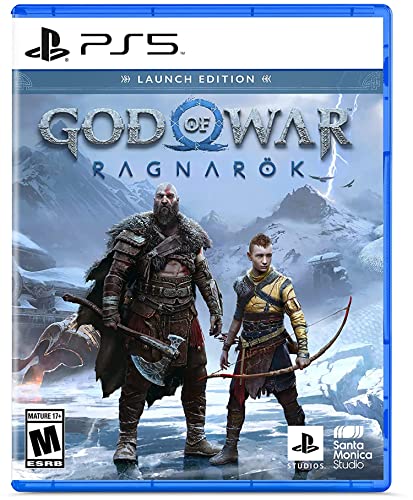 God of War Ragnarok is one of the world’s most highly-anticipated titles in recent memory – and the good news is that pre orders are kicking off today!

In fact, God of War pre-orders have already gone live in India – that is how close we are! Sadly, though, it looks as though India doesn’t have a retailer that is supplying the God of War: Ragnarok Collector’s or Jotnar Edition.

Pre orders have also kicked off in Australia, it seems, with EB Games displaying the standard and Collector’s Edition versions of the game – as spotted on Reddit.

If you’re a big GOW fan then you’ll be pleased to hear that the game will release on Nov 9th, 2022.

God of War Ragnarok pre orders are now live, and the Jotnar edition is already being scalped. 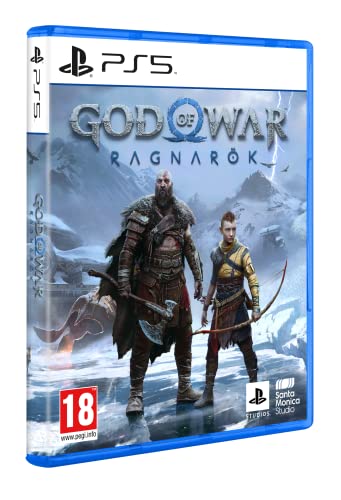 At the time of writing this, there just a couple of hours to wait to get your hands on the the Launch Edition, Standard Edition, Digital Deluxe Edition, Collector’s Edition, or Jotnar Edition of Ragnarok.

For those in the UK, head here and pre order your copy of God of War Ragnarok right now.

Where can I pre order God of War Ragnarok?

God of War Ragnarok is a PlayStation exclusive, so the team will be available directly through the PS store and standard retailers.

Kratos and Atreus must journey to each of the Nine Realms in search of answers as Asgardian forces prepare for a prophesied battle that will end the world. Along the way they will explore stunning, mythical landscapes, and face fearsome enemies in the form of Norse gods and monsters. The threat of Ragnarök grows ever closer. Kratos and Atreus must choose between their own safety and the safety of the realms.

Taking a look at the original titles price and the launch prices for The Horizon Forbidden West can help us estimate the costs.

The God of War Ragnarok Standard Edition price should be between $60-70, with it being slightly cheaper on the older-gen PS4.

The God of War Ragnarok Collector’s Edition price could be as much as $200, which seems to be the ballpark other media are going with.

The God of War Ragnarok Jotnar Edition price might exceed $200, with it possibly being the most premium option.

There are a variety of different editions of God of War Ragnarok each with different additional pre-order bonuses available.

For buying the game on launch, you get access to a few different bonuses in the form of character cosmetics. You’ll get the Kratos Risen Snow Armor and the Atreus Risen Snow Tunic (Cosmetic).

You’ll also receive access to the base game on either PS4 or PS5.

The God of War Ragnarok Standard Edition includes access to the base game on either PS4 or PS5. When you buy the PS4 version, you can access the upgraded PS5 version for only $10.

The Digital Deluxe Edition includes the full game on PS4 or PS5, as well as the Darkdale Armor, Blade Handles, and Axe Grip for Kratos, and the Darkdale Attire (Cosmetic) for Atreus. You’ll also receive:

If you’re a big fan, you can get the God of War Ragnarok Collector’s Edition which includes a whole bunch of extras. All of the physical objects are housed in a replica of the Knowledge Keeper’s Shrine from the original God of War.

You’ll also gain all of the digital goods from the previous edition.

By far the biggest and priciest edition, the God of War Ragnarok Jotnar Edition includes most of the stuff from the collector’s edition, plus even more. Inside this edition you’ll find:

Of course, you’ll also receive all of the digital goods from the Digital Deluxe Edition as well.

After leaving fans waiting for months, Sony finally gave us a brand new trailer. The “Father and Son” trailer shows off Kratos and his son Atreus from the first title doing battle in a snowy land.

We also get a look at a giant wolf enemy, likely to be Fenrir from Norse mythology.

As well as giving us a new look at some new cinematic footage, we also got a new release date. Right at the end of the trailer, a new release date was revealed by Sony. We now know the game will be dropping on November 9th, 2022.

You can pre order God of War Ragnarok from 10 am BST.

Where to buy God of War Ragnarok

The game has started to pop up at certain retailers but doesn’t seem to be widely available just yet.

Is there a PC version of God of War?

Yes, there is a PC version of the 2018 game, which has received rave reviews on Steam.

It boasted far improved visuals and framerates compared with the original PS4 game, and arguably the PS5 version too.

While nothing has been confirmed for God of War Ragnarok, there is clearly an appetite for the game to come to PC. And if history is anything to go by, we could well see it happen.

Is there a PC version of God of War: Ragnarok?

As of right now, nothing has been confirmed when it comes to a PC port of God Of War: Ragnarok.

However, the gap between the release of God Of War (2018) and the announcement of the PC port was around three years, with the actual title launching earlier this year.

With that in mind, it’s extremely possible that we’ll see God Of War: Ragnarok on PC by 2025, possibly as a way to advertise the next installment in the series to PC players.

How many GB will God of War Ragnarok be?

While not confirmed, we anticipate the files size to be pretty hefty, but nothing compared to some other games – like Black Ops Cold War.

Going on the PC version of the 2018 original, Steam states that it needs around 70GB of space, while the PS4 version was around 45GB.

We expect the PS versions of Ragnarok to sit somewhere in the middle of these two figures.

Elsewhere, a retailer has seemingly leaked details on God of War Ragnarok‘s alleged performance and resolution modes, as reported in Gamesradar.

UK retailer ShopTo sent an email to customers today ahead of Ragnarok’s pre-orders going live confirming the game would target 4K at 30 FPS and dynamic resolution 4k at 60FPS.

Sony is yet to confirm the features, so please take this with a pinch of salt until they do!

Will there be a God of War Ragnarok PS5 edition?

Absolutely. The game will be coming on PS5 and PS4 – but expect the PS5 version to boast superior visuals thanks to newer, more powerful hardware,