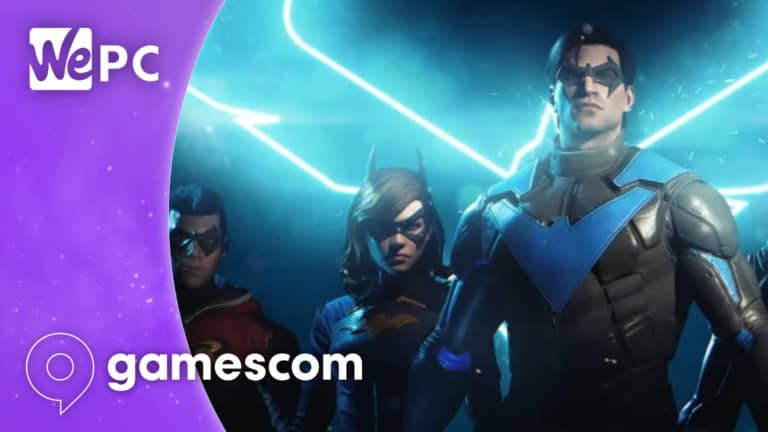 If you’ve been left cold by Geoff Keighley’s announcement so far at the Gamescom 2022 Opening Night Live showcase, here’s something to possibly change your mind – Gotham Knights is releasing four days earlier than expected on October 21, 2022.

No early access or pre-order nonsense – everyone will be able to jump in a few days earlier with no strings attached.

A pretty rare occurrence in an industry accustomed to delays rather than early releases, but explainable by the very busy late 2022 release schedule, which includes the likes of God of War Ragnarök and Call of Duty: Modern Warfare II, to cite a couple.

A pivot to October 21 gives Gotham Knights a bit more room to breathe. The Warner Bros. Montreal title was originally penciled to land on October 25, 2022.

Release date shift aside, the Gamescom showcase also produced a brand new, action-packed trailer for the game, including an appearance from Harley Quinn. Lovely.

Take a peek below for a fresh look at what’s coming:

Over to the marketing blurb pulled from the game’s Steam listing for more details:

Batman is dead. A new expansive, criminal underworld has swept the streets of Gotham City. It is now up to the Batman Family – Batgirl, Nightwing, Red Hood, and Robin – to protect Gotham, bring hope to its citizens, discipline to its cops, and fear to its criminals.
From solving mysteries that connect the darkest chapters in the city’s history to defeating notorious villains in epic confrontations.

Gotham Knights is an open-world, action RPG set in the most dynamic and interactive Gotham City yet. Patrol Gotham’s five distinct boroughs in solo or in co-op and drop in on criminal activity wherever you find it.

Your legacy begins now. Step into the Knight.

So once again for those at the back, Gotham Knights now launches on October 21, 2022, for PC, PlayStation 5, and Xbox Series X/S.