Here’s a quick walkthrough of The Cradle of Echoes quest. 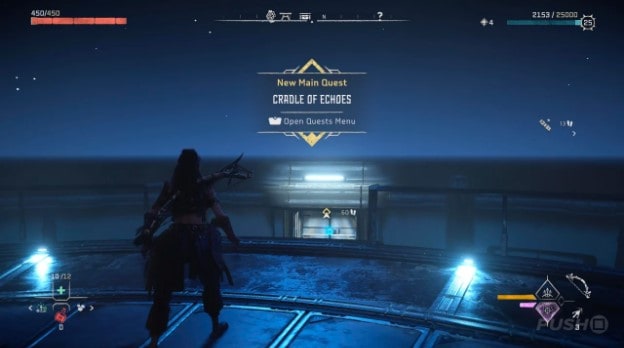 The Cradle of Echoes is a main quest in Horizon Forbidden West that immediately follows The Kulrut. The Cradle of Echoes is one of the game’s shorter quests, and the recommended player level is 20. In this quest, GAIA receives a distress signal from another lost subordinate function: Eleuthia and Aloy must investigate further.

How to Complete ‘The Cradle of Echoes’ Quest

Start by speaking to Varl and Erend inside The Base. You’ll now be taken to the Eleuthia distress signal, where a battle between Oseram warriors and a Zenith begins. Aloy can only watch the battle. After this, use Focus to scan the battlefield and approach the Zenith corpse. This will allow Aloy to understand the rebels broke through Verbena’s energy shield.

Players need to return to Erend and find Varl. Near Varl, a giant hole will take you to an underground Old World facility. Make sure to loot any valuable items, scanning as you go by. Aloy will find a central processor and enter the code 237.

You will now be attacked by an elite machine Specter, so try to set Acid attack traps quickly. Once the Specter arrives, make sure to only attack the Specter with Plasma and Acid weapons. The Specter can be quickly taken down by targeting the weapons on its armor and other weak points. Make sure not to use Fire, Shock, or Purgewater while attacking. The Specter uses cannons, so the player will have to take cover in the environment to survive attacks.

Once players have defeated the Specter and the loot—they can craft any nearby weapons to prepare for another oncoming battle. Here, you will encounter a second Specter. This machine is killed best through a surprise attack since it has a large energy field. Target the Ravager Weapon on its back. Make sure to loot this once you’ve killed the machine.

Aloy must now find Erend outside the Old World facility. Here, make sure to interact with any weapons lying around. Once Aloy has picked up an Oseram weapon, she will be transported back to the Base.

In the base, meet Beta to ask a few questions. The quest will end once Aloy meets GAIA.

‘The Cradle of Echoes’ rewards the player with 15,000 XP, and two skill points. The next quest unlocked is ‘The Sea of Sands’. 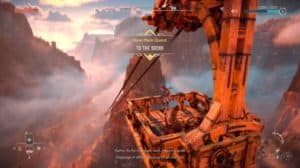 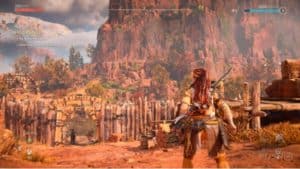 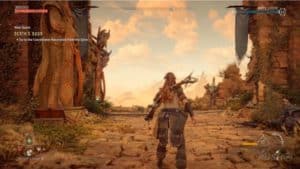 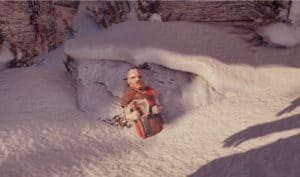