How to build the perfect snowboy in Animal Crossing New Horizons 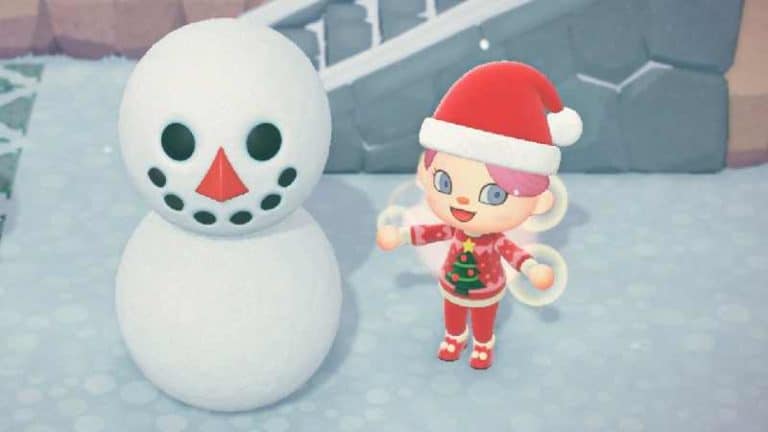 Every December (or June) in Animal Crossing, your island will be blanketed in a beautiful layer of snow, and of course snow means snowmen. Or, in this case, snowboys.

Building Snowfolk in Animal Crossing can be a lot of fun, particularly if you’re not desperate to earn the rewards they give out and just want to see how many crazy variations you can build. But, alas, if you do want to reap the rewards that come with snowboy building, you’ll need to master the craft and build the perfect Animal Crossing snowboy.

How to build the perfect Snowboy

There are a lot of guides out there from the last couple of years explaining that you can use a method of building the perfect snowboy by creating one maximum sized snowball and one that lines up with your character’s eyes. This still has a certain element of skill to it, though, and we certainly can’t get it right every time with this method.

Thankfully, a very clever reddit user found an almost foolproof way of building the perfect snowboy in Animal Crossing New Horizons, and we love it.

Last winter, Ninco7 found that there is a way to use path designs to aid in the creation of your snowboy. As you might have noticed, if you roll a snowball over paths, if gradually gets smaller rather than bigger. Follow these steps to capitalize on this mechanic and always get the “real deal”.

The only issues with this technique are that you’ll need enough clear space to do it in, and you’ll need a new space every day as it takes a while for each snowboy to melt. However, it’s so much easier than other methods we’ve seen, so thanks to Ninco7 for sharing their method.

*Also, you’ll know when a snowball is as big as it can get because it will be a little hard to push at first, and you’ll notice your character struggles slightly to get it going.

Each time you build snowboy perfection, the snowy entity himself will reward you for making him so beautiful. There are a few snow-themed DIY recipes, of which you can claim one a day, but you’ll also get a large snowflake from every perfect snowboy, too. You can’t catch large snowflakes, so other than being gifted them by another player, this is the only way to get them. Large snowflakes are required for the DIY recipes your snowfolk will teach you.

How to find and roll New Horizons snowballs

Each day you have full snowfall on your island, two snowballs will spawn randomly. They’ll usually be fairly close to each other, though. Once you approach a snowball, your character will kick it a few times, before it gets large enough to roll with your hands.

If you drop a snowball off a cliff or roll it into an object, it will explode into nothingness. You need to two build a snowboy, though, so what then? Well, thankfully, while you will only ever have two on your island at a time, they do at least respawn if the worst happens. You’ll just need to pop into a building like Nook’s Cranny or an islander’s house to trigger it. Once you come back out, there should be a new snowball somewhere near the other one. If you break both, they’ll just respawn randomly again.

Finally, if you’re really struggling to find a snowball, it could be the work of a tricky little bug. Dung Beetles can be found on your island at the same time as snowballs, and they have a cute but annoying habit of rolling your snowballs around for you. While this means they might be a little bigger, they might also take it to another part of your island. So just keep your eyes peeled as you roam your island in the snow.

Another fun trait that comes with the Winter season in Animal Crossing New Horizons is the brightly adorned fir trees, which might just drop a sparkly item or two if you shake it. Check out our guide to finding ornaments in Animal Crossing if you want to know how to get the most out of your wintery cedar trees. 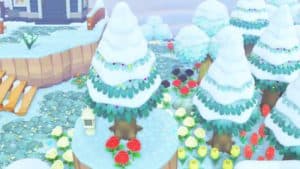 How to get ornaments in Animal Crossing New Horizons