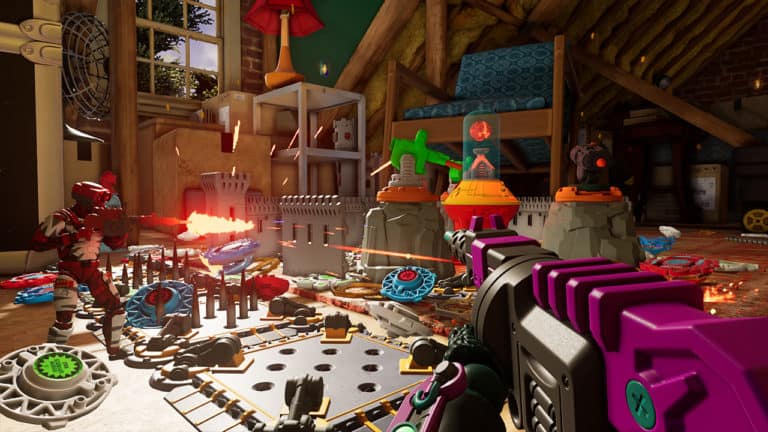 It’s been somewhat of a whirlwind for Hypercharge: Unboxed, the brilliant toy-focused shooter that’s taking Steam by Storm.

The game has been out since 2017, but it’s only just made its way into the top 10 on Steam – a major milestone the developer, Digital Cybercherries, rightly celebrated on Twitter.

“Hypercharge 2022: becomes 9th global top seller if at first you do not succeed, try, try again. NEVER GIVE UP!”

NOW READ: We really want Hypercharge to come to PlayStation – but will it happen?

It also smashed past its all-time peak players on Steam, with more than 1,600 players currently enjoying the game.

On the Nintendo eShop, the Hypercharge Switch price is £19.99 – making it a tad more expensive.

For both the rumoured Xbox and PS versions, we’d expect to see it come in around the same £20 mark, so wouldn’t break the bank.

At the time of writing, we don’t know if a demo version will be offered, as we have seen with the Steam version of the game.

Hypercharge: Unboxed is best enjoyed with friends, with the game supporting single player and 1-4 online and local co-op.

There is also split screen support, and for those playing on PC, full controller support.