Find out what NFS Unbound is playable on, and which consoles you can play with here.

Need for Speed Unbound is the new high octane racing game released November 29th of 2022. But is Need for Speed Unbound crossplay? This long-standing title has been a household name for racing games for a very long time, so it was no surprise to us when we heard plans of a 2022 release to next-gen consoles. But is it cross gen? As a series known for its availability on most consoles, a question lots of people are asking is: What about cross platform?

Read more: Our hub for all cross platform games here

Is Need for Speed Unbound crossplay and cross platform?

Need or Speed’s racing gameplay has always in part been centered around the ability to team up and race with your friends. This game is no different. The answer to this question is yes, Need for Speed is available on Xbox Series X, PS5, and PC platforms, which will be able to squad up together and race each other with no problems.

Criterion Software have assured fans that you will be able to race all around the world, meet with friends and generally just mess around. With new free updates and additional content in planning, there’ll be lots to do, and with new players from other consoles to play with, it’ll expand the pool of players to race and drive with massively. 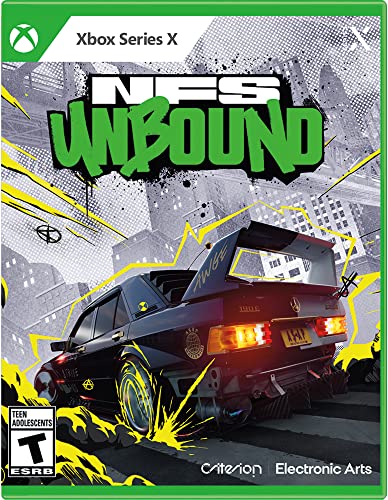 Is Need for Speed Unbound cross-generation?

EA has been churning out games this fall/winter, and we’re expecting it to be a big turn out for them. So, as you can imagine, they’ve been turning their sights onto more next-gen oriented games. This is sadly the case for Need for Speed Unbound. Unfortunately, unlike games such as Forza Horizon 5 that are accessible on both generations of Xbox, it does not look like the game will be cross-generation, as it will only be released to PC and next-gen consoles. Need for Speed will be more like other EA games such as PGA Tour, and only be released for next-gen consoles and PC.

We can only hope that a release to PS4 and Xbox One is in the works, but unfortunately, we cannot be certain. Usually games like God of War Ragnarok that are available on both generations are released simultaneously, so we cannot be sure. Be sure to check back on this page when we have more to update!