Need some help with Lost Ark’s Alberhastic Guardian Raid? We have the mechanics, tips and tricks covered here. 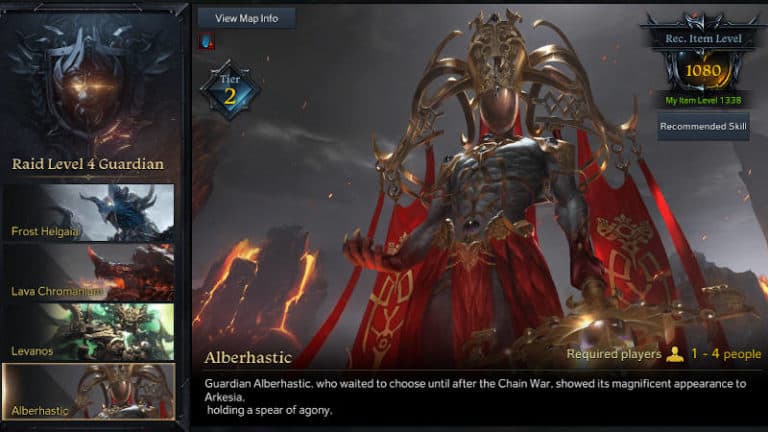 Alberhastic is Lost Ark’s eighth and final T2 Guardian Raid. This guide will cover all of the mechanics, tips and tricks you need to know to claim this Guardian’s soul, allowing you to reap the final T2 rewards before your ascension into T3.

Guardian Raids can be attempted alone or with up to three other players, the battle is scaled for the number of players in the party. To enter, everyone in your party will need to be item level 1080+, as well as having completed all of the previous Guardian Raids. If you need more players, you can use the “find party” or “matchmaking” features to group up.

Alberhastic can be a tough fight due to three high damage and raid wipe potential attacks. This Lost Alberhastic guide will break down these attacks you can find below, alongside a few general tips to keep in mind for this one. Which ability Alberhastic is going to cast will depend on which form he is in. It is quite easy to tell the forms apart based on whether Alberhastic is flying, as well as the weapon he is wielding.

The claw from is nothing too spicy, rather it requires simple tracking of a few orbs, which we explain below.

This form is relatively simple too, however, if you mess it up, it is catastrophic for your health bar.

We’ve had many fights do far that require stagger, and Alberhastic is no different. We recommend partying with a high stagger class like the stagger Gunlancer build, a Scrapper or an Artillerist.

That concludes this Lost Ark Alberhastic Guardian Raid Guide. We hope you found it useful! Why not check out some other content at our Lost Ark hub if you did?