Here is everything you need to know in this beginner Lost Ark Berserker guide. 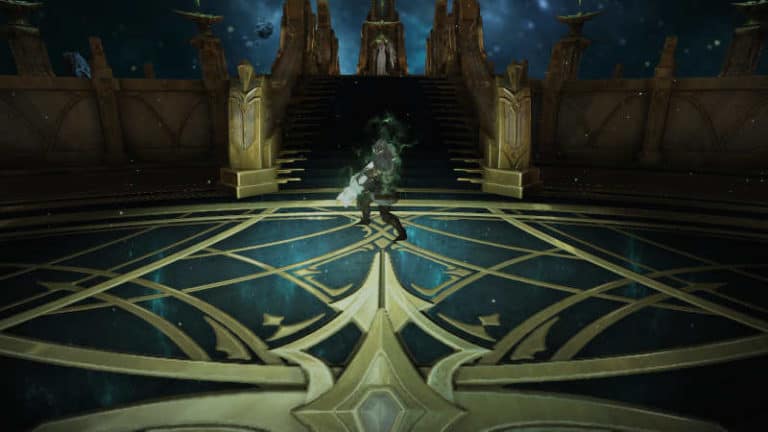 Lost Ark is out now in the west, and by far, one of the most appealing classes in the game is the Berserker. Lost Ark’s Berserker is the class that is all about jumping into the fray, swinging menacingly and doing big DPS. If you’re a beginner to the class and want an idea of what to expect, then here is a rundown on this Lost Ark Berserker guide.

The aim of this Lost Ark Berserker Guide is to go through and give you a run-through of the class. The idea is to get you up to speed on the basics of the Berserker gameplay, along with the skills, engravings and other useful tidbits that will help you figure out if this class is right for you.

To do so, we have taken a look at the Korean and Russian builds in the current end game to give you a better idea of what to expect at the end game. Moreso, we will also give you a quick look at what you can expect in the early game as you get familiar with the class if you do intend on giving the Lost Ark Berserker class a go.

We have a series of beginner class guides that you can check out in our Lost Ark hub if you are interested.

When this bar is filled, the Bersekerer can enter a berserker stance, which increases the power levels of the class. In this stance, you get to use a unique berserk ability that slashes at the target in a fit of adrenaline and testosterone rage for big damage.

To fill this Bersker identity gauge, you simply need to attack enemies to get it filled. You can do this through your class’ basic attack, or you can use your skills on the enemies to fill it up too.

However, a recent change to the class in Korea sees the Mayhem class engraving arrive. This means that you are always engaged and get juicy damage buffs. However, you become a glass cannon with reduced health. Madness tends to be the more popular build at the minute thanks to its damage ceiling, but it means those inexperienced with the game may get slain quicker than they may expect. The choice, however, is up to you when you get to the end game and unlock engravings. While you are levelling up, will have the basic berserker identity.

The typical skills you will use entirely depends on which Lost Ark Berserker class engraving you use. However, most players in Korea and Russia all tend to take the Mayhem build, so we will largely focus on this build. However, there are plenty of similarities between the end game Berserker builds, so you can mix and match outside the four core skills of Red Dust, Strike Wave and Finish Strike.

Below, we will give you a table of the most commonly used Berserker skills for the Mayhem build. We will also teach you about the tripods, which are simply buffs to your skills, typically related to damage cooldown, or utility bonuses.

The typical eighth most common skill for the Berserker tends to be based on player preference. Some players take Powerful swings for more single target damage, while some players take Whirlwind for AOE or Wind Blade for another charge skill.

The Chain of Vengeance is all about dragging your enemies closer to you, doing damage and then yeeting them away. Meanwhile, the Berserker’s Fury enchants your sword. You get a charge bar, and the longer you hold it the more damage with will do and its range will increase per charge level.

You will unlock these skills in the end game. You get the first at level 50, and the second comes from a later questline. To use these skills you need a reagent you can buy in-game with your in-game currency.

As the Lost Ark Berskerer Guide is largely based on the Mayhem engraving, we recommend the Mayhem Bersker Engraving. You can level this to three if you wish, and get the extra damage bonuses and damage resistance bonuses for being in Berserker mode at all times.

As for the generic Lost Ark Engravings, we highly recommend you take the following generic damage engravings: Cursed Doll, Adrenaline, and Grudge. The Lost Ark Berserker will not have to worry about the negative effects these class engravings have. The reason why is because they have quite a few dashes in his kit thanks to your short-range skill charges. Moreso, some of these skills, like Hell Blade get a leap tripod, so you can always use these skills in case of emergency.

However, if you get hit, then be aware that it likely means death, as you have much lower health than normal, and the Cursed Doll reduces your healing. All in all, it is a dangerous place to be in if you do get hit.

However, if you are not comfortable with the risk, the Heavy Armor engraving is worthwhile. This generic engraving adds extra defensive stats to your character, ensuring your added safety in deadly situations.

As for other suggestions, you can always mess around with Master of Ambush or Raid Leader. The reason why is because the Berserker has some back attack skills that you can reap the reward of if you go that direction. However, the other attractive skill is Raid Leader, as you get extra damage based on how much you move. Since almost every skill gets a slight movement buff, you can easily use this.

All in all, the Engravings you want are very similar to the other high DPS focused melee characters, like the Deathblade and the Shadow Hunter. You can learn more about Lost Ark Engravings here if you’re interested.

There is quite a lot of variation in the best Bersker gems. Berserkers require their skills to do the most damage. So, the obvious choice is to put attack power gems on your best skills like Hell Blade, Finish Strike and Tempest Slash. However, you will more than likely get familiar with the Berserkers has. This is not as bad as the recent agility nerfs in Korea meant the Berserker got some lowered CDs, but you may find your class feels sluggish at times.

If you’re not a fan of sluggishness, we recommend putting cooldown gems on your skills with long CDs. Alternatively, apply the Quick Prep tripod on your skills to get back in the action much quicker. However, if you feel your CDs are fine, then you can go all-in on that attack power or even some casting speed on skills like Hell Blade.

This concludes our Lost Ark Berserker Guide. If you enjoyed this Lost Ark class guide, why not check out our other beginner guides in our Lost Ark hub? It is also worth us concluding that the Berserker is by far one of the best classes in Lost Ark when played exceptionally well.