Need some advice for Lost Ark’s Dark Legoros Guardian Raid? We have the mechanics, tips and tricks covered in this guide. 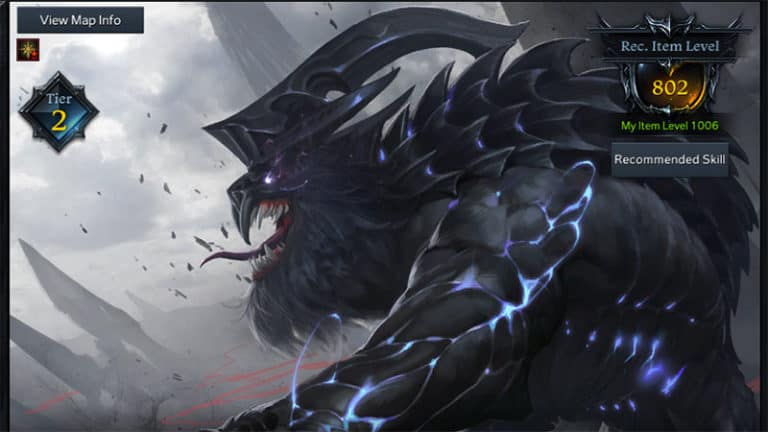 Congratulations! You have finally defeated the Tytalos Guardian Raid and made it to Lost Ark’s T2 end game content! Time to take on your first Guardian Raid of T2, and level 3 – Dark Legoros. This guide will cover all of the tips, tricks and mechanics you need to know to destroy this shadowy Guardian.

Guardian Raids can be attempted solo or with up to 3 other players, the difficulty is scaled for the number of players in your party. Every player in your party will need to be item level 802+ before they can take on Dark Legoros. If you need more players, you can use the ‘find party’ or matchmaking features to quickly get stuck in.

First of all, here are some general tips to make your life easier in the fight against Dark Legoros.

Stealth – This attack is very similar to when Dark Legoros actually relocates on the battlefield so keep your wits about you when he disappears. He could reappear moments later for an attack.

Claw – Dark Legoros turns his body, dragging a claw across the ground, before slashing in the direction he turned. This attack has quite short range so be sure to dodge back if you see it coming.

Charge – Dark Legoros lowers the front half of his body before charging in a straight line knocking up and damaging anyone in his path. He will sometimes glow blue when channelling this ability. You will want to hit him with counterattack abilities to knock him down when you see this.

Cone Breath – This attack will add a stack of darkness. Dark Legoros will pretty much always jump backwards before attacking in a large cone in front of him. You will want to either move away or to his side when he jumps.

Dark Drops – Both parts of this attack will add a stack of darkness. Dark Legoros sucks energy into his body before standing up on his back legs. Small AOE circles will then appear in a large ring around him and drops of dark energy will fall from the sky. The ring gradually becomes smaller so stay close to him during this to avoid it. Then you will want to move away quickly as he expels another AOE blast from his body.

Dark Explosion – This attack will add a stack of darkness. Much like his last ability, Dark Legoros will suck energy into his body. Unlike the last ability, this time he will not stand on his back legs. Larger AOE damage circles will appear around him. You will not be able to avoid this attack by just staying close to Dark Legoros. You will need to get behind him to continue to do damage and remain unharmed.

This concludes the Lost Ark Dark Legoros Raid Guide. We hope you found it useful! If you did, why not check out our Lost Ark hub for more great content?