A guide to the Oblivion Isle in Lost Ark

We take a look at the T1 event spawn Oblivion Isle and what you can expect. 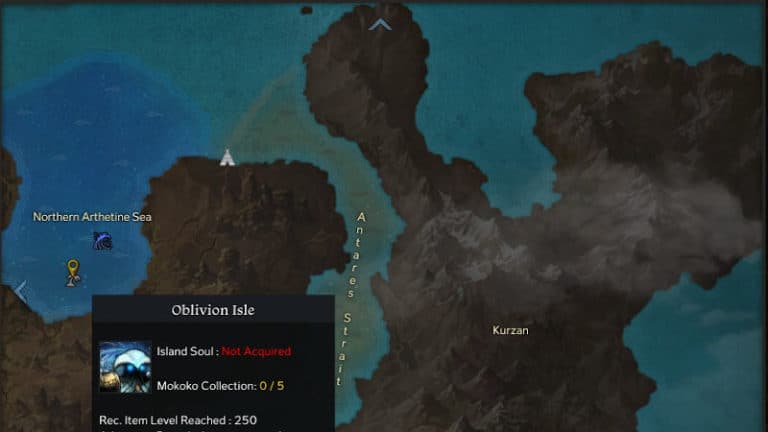 Throughout the Lost Ark endgame, there are a variety of timed events that you can take part in. Some of those events are timed Lost Ark Island events, which are good sources of loot and collectables. One of the most common ones people look into is the Oblivion Isle in Lost Ark, a T1 island spawn event, which you’ll want to do as often as possible.

When the Oblivion Isle spawns, players should head over to the island and partake in the event. Players rush towards the island, dock up, and fight the boss that spawns on the island. If you care about getting the Island Tokens and other collectables, this is something you’re going to have to do on one of your characters when it spawns that day.

You will come across a boss creature at the centre of the island. You will find that the boss is immune. You will need to find three trees that make the boss immunity drop, opening him to your attacks. It is worth to note the trees spawn once when the boss spawns on the island. There is a brief delay when the boss spawns to allow other players the chance to get there in time. When the boss does rise from the ground, you can start combat with the boss, and the trees should start appearing around the boss fight.

Upon killing the boss, you have a slight chance to earn the Oblivion Isle Token. It is a random drop from the boss, along with an island adventure and a collectible card. Chances are, if you want all three items, you will need to head to the event several times.

Along the island, there are five Mokoko seeds you can find. Some of them you can get easily along the island, while some need you to beat the boss first. We recommend waiting until the boss is dead, so then you can go ahead and grab them.

For a much easier time tracking these limited timed Mokoko seeds down, we recommend taking a look Papunika. Its interactive map has notes about the coop stone passageway and the ones hidden off the map. It will also show you the location of the seeds you can easily get.

Other than that, there is not much else going on in the Lost Ark Oblivion Isle. Good luck grinding the Oblivion Isle, and may the RNG gods grant you the Island Token sooner than later. Why not check out the WePC Lost Ark Hub for more guides and content for more content on Lost Ark?