Home » Gaming » Could we get Mario Kart 9 news during Nintendo Direct?

Could we get Mario Kart 9 news during Nintendo Direct?

Rumors are swirling around the announcements expected on February 9th, 2022 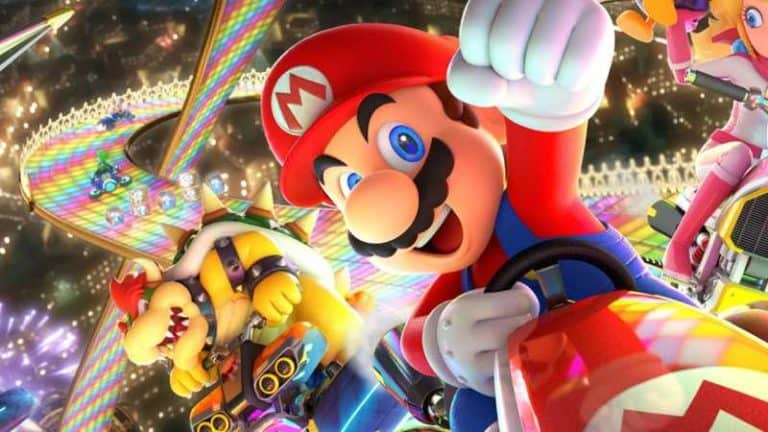 The gaming hive mind is buzzing at the thought of what might be announced during a new Nintendo Direct on February 9th, 2022.

A last minute announcement on February 8th, 2022, revealed a new Nintendo Direct for February, and Nintendo fans have spent the last 24 hours speculating about just what we might find out. Of course, one of the most popular names being thrown around is Mario Kart 9, while other titles gamers want to hear about include Genshin Impact, Fall Guys, and Metroid Prime 4. Here are our predictions ahead of today’s stream.

What could be revealed in February 2022’s Nintendo Direct?

According to Nintendo, the latest Nintendo Direct stream will feature around 40 minutes of news “mostly” about games launching in the first half of 2022. The latter half of this sentence is particularly crucial. For the most part, we can assume that there won’t be any unexpected announcements, as anything that is due for release in the next few months will already be widely known about. Sadly, this probably doesn’t mean we’ll be getting Mario Kart 9 news as part of this Nintendo Direct. That being said, that sneaky “mostly” does leave some leeway for one or two game-changing developments.

We already know that the upcoming Kirby title, Kirby and the Forgotten Land is going to be released in March, so perhaps we could see some new gameplay footage from the pink puffball. Unbelievably, Forgotten Land will be the 37th game in the spherical, cerise cutie’s history, but the first 3D outing – similar in gameplay style to Mario Odyssey.

Fans of the Metroid Prime series have been desperate for news on Metroid Prime 4 for over three years now, since the game was originally teased during 2017’s E3. Nothing much has been heard since, so players hope that every Nintendo Direct stream will reveal more details on this mysterious upcoming title for the Metroid franchise. Sadly, much like with Mario Kart 9, we are unlikely (but still hopeful!) that there will be news on the Prime 4 front, as it won’t be far enough into development to be due before Summer 2022.

Another title which could well (and should well) see the light of day in the first half of this year is Fall Guys: Ultimate Knockout. The colorful Battle Royale game based on insane TV contests like Takeshi’s Castle and Wipeout sees players’ bean-like avatars pitted against each other in a series of mini-games while dressed in bonkers costumes.

Fall Guys: Ultimate Knockout is actually already out on PC and PlayStation – and has been for some time now – but was announced for release on Nintendo Switch and Xbox consoles in the Summer of 2021. That was inevitably delayed, and no announcement has been made since, but that could very well change in today’s Nintendo Direct.

Sonic Frontiers doesn’t have an official release date as yet, but has been announced for “Holiday 2022,” meaning we shouldn’t expect it before the end of 2022. This again could write it out of being included in today’s Nintendo Direct, but we can always hope that there might be a new trailer or short teaser to keep us on the edge of our seat in the wait for the holiday season.

Finally, in much the same way we could expect a Fall Guys announcement, we wouldn’t be surprised to hear about Genshin Impact. Another game that is already available on alternative platforms, Genshin Impact was announced to be coming to Nintendo Switch consoles over two years ago. Yet another COVID victim, this release date was pushed back indefinitely. Could today be the time for an update?

It is easy to see why Mario Kart 9 is such a hot term before every Nintendo Direct. Mario Kart 8 originally came out on the Wii U way back in 2014, and was then rereleased with the Nintendo Switch in 2017. That’s, technically, 8 years since the last instalment in the hugely popular racing game. There are then even more reason to think we might get Mario Kart 9 some time soon, making it quite a realistic expectation.

Firstly, there’s Chocobo GP, the upcoming Final Fantasy kart-racing game coming to Nintendo Switch on March 10th, 2022. It could be a fair assumption that Nintendo will be fired up by the Square Enix competitor and put their foot on the gas where a new Mario Kart is concerned. Then, let’s not forget that 2022 is the 30th anniversary of Super Mario Kart launching in Japan. We can’t think of a better way to celebrate than a new instalment.

While it could be a very well-guarded secret and ready to come this year (wouldn’t that be an amazing way to build up hype), it’s highly unlikely, so – though we all want news on a new Mario Kart game – we doubt it will be included in today’s Nintendo Direct.

What time does Nintendo Direct start?

The February Nintendo Direct will go out from 2pm PST/5pm EST/10pm GMT and will be available on YouTube, where you can set a reminder right now. Nintendo have revealed that the stream will feature approximately 40 minutes of news.

How to watch Nintendo Direct

The easiest way to watch is to head over to Nintendo’s official YouTube channel, and click Set Reminder on the video. This way, you’ll get a reminder as soon as the stream goes live on YouTube, so you don’t even have to keep an eye on the clock. Previous Nintendo Direct streams have also been available to watch on your Nintendo Switch news channel, and we’re sure a VOD will remain on YouTube after the event.