How to make Fire Resistance potion in Minecraft?

A fire-resistance potion is a must-have if you visit the underworld. 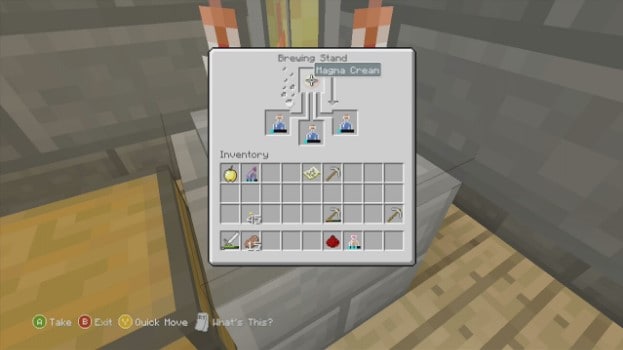 Table of Contents hide
What are the materials that you will need?
Steps to make the potion
How else to get Fire Resistance potion
More Minecraft Brewing guides

You may make a variety of potions to boost your efficacy. Some of them make it easier to navigate hazardous terrain. A fire-resistance potion is a must-have if you visit the underworld.

It is unavoidable that you will come upon lava when exploring the underworld. Fire resistance potions eliminate this problem by providing 100% immunity to fire damage. Since there is fire and lava everywhere in the underworld, navigating the earth is considerably safer and less dangerous.

What are the materials that you will need?

The following are the materials that are needed to make a fire resistance potion.

A crafting table can be used to make glass bottles. To make glass, you’ll need to dig up some sand and smelt it in a furnace.

Magma cream is a nether item that drops from magma cubes. Magma cubes may spawn anywhere in the underworld, and because they break into so many smaller copies, obtaining a large quantity of magma cream should be straightforward.

Steps to make the potion

Here are some easy steps that you can take to make this potion.

Awkward Potion is created by combining Nether wart with a glass container. Don’t be worried. That’s how it’s intended to work. Continue on, replacing the Nether Wart in the brewing station with Magma Cream. This is the secret component that provides three minutes of fire resistance.

How else to get Fire Resistance potion

The best way of obtaining Fire Resistance potions, however, is by trading with nether Piglins. By trading Gold ingots with Piglins in the Nether, you will be rewarded with all kinds of useful loot, one of which being Fire Resistance Potions. This is particularly useful since the Nether will be one of the key places this protective potion will be most crucial. Again, you’re not guaranteed Fire Resistance potions as Piglins have a relatively large loot table to choose from. Also, each Piglin will only be holding a limited selection from that loot table, so you’ll increase your chances by trading with multiple Piglins. So come to the Nether with your pockets full of Gold.

You can now become resistant to one of Minecraft’s most dangerous components. Keep your hands away from the drop item button since your objects will not receive the same effect. Dropping into lava is one of the most irritating things a player can experience, but if you have a fire-resistance potion on hand, you’ll have a lot less to worry about.