Home » Gaming » Minecraft » How to make Stonecutters easily in Minecraft?

How to make Stonecutters easily in Minecraft?

Here's how to make Stonecutters in Minecraft. 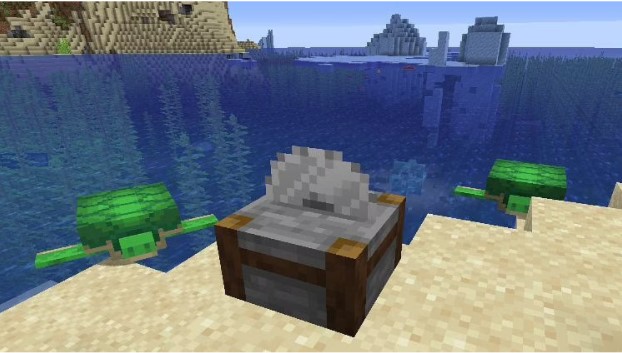 Table of Contents hide
What do you need to craft Stonecutters?
Crafting a Stonecutter on a crafting table
More Minecraft Crafting Recipe guides

In Minecraft, a stonecutter may be used to cut stone blocks into smaller pieces or as a substitute for a crafting table. When making other stone goods, stonecutters just need one piece. Instead of using many blocks, one block of cobblestone may be used to build stone steps.

Stonecutters are a regular sight in communities. They spawn at Mason’s residence and can be found within village dwellings. The mason is generally seen strolling near this house, which is usually larger than the other hamlet residences.

Players can use this tool to bypass many stages that can’t be skipped with a crafting table. A stone block, for example, can be etched into chiseled stone bricks.

Players would need to craft the stone brick slabs first, then transform them into chiseled bricks using a crafting table. Players will just need a standard block of stone to construct the chiseled blocks using the stone cutter, thus it’s essentially a shortcut.

What do you need to craft Stonecutters?

In order to create stonecutters, you need the following items.

CobbleStone is plentiful in caverns, ravines, communities, and even on the ground as the player is walking. Cobblestone is a kind of stone that can be obtained at any height and is fairly frequent in Minecraft. Players may dig down around 5 blocks into the earth and will almost certainly strike stone.

To make a Stonecutter, players will require iron ingots as the second material. Iron is frequently discovered in caves and ravines, and ingots may even be found within chests in Minecraft settlements. From bedrock to sea level, iron may be found.

Crafting a Stonecutter on a crafting table

By expanding the crafting table to the 3×3 crafting grid, players may make the Stonecutter. Three stone blocks must be placed across the bottom row of the grind, with one iron ingot in the grid’s center.

When the process is complete, players can find the finished product on the right side of the crafting table which can be later moved into the inventory.