Home » Gaming » Minecraft » What are Silverfish in Minecraft?

Silverfish in Minecraft may seem pointless, but there is some purpose to their existence 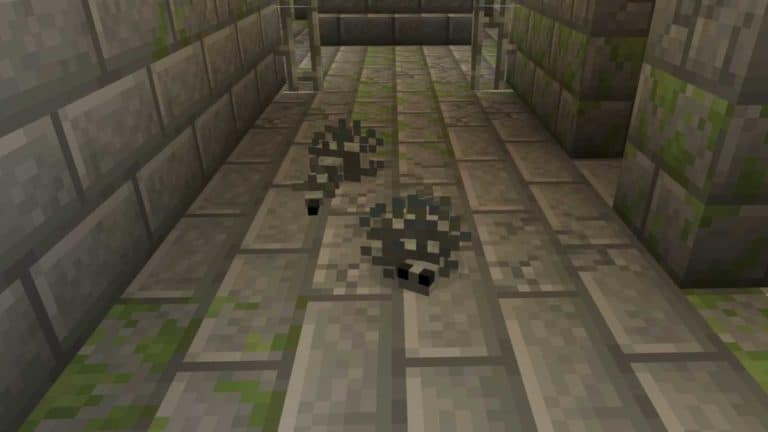 Minecraft Silverfish are certainly a curious type of hostile mob you find when mining. It often seems like they are simply a nuisance, you find them deep in mines and they might scare you by coming out of the darkness.

Many Minecraft fans ponder what their real purpose is, while more veteran players utilize their spawning for information.

They are useful in some regard – read our article on Silverfish to understand their purpose and more about Minecraft in general.

What is a Minecraft Silverfish?

As mentioned, Silverfish are a hostile mob. They often come from dark places, almost always below ground in mines or strongholds, and will attack you on sight, they also attack Snow and Iron Golems.

Silverfish do very little damage, and you would be unlucky to die from one – just keep an eye out for them when you are running for a pale of water after hitting lava.

A Silverfish has one heart and is very easy to kill, but they can catch you when surrounded by other mobs which can be dicey if you are very low on health. They cause little damage to most players, and are mainly a nuisance when mining.

Spawning is basically the most important thing worth noting and knowing about Silverfish. Silverfish will spawn in a few different biomes, but almost always underground.

They spawn from what is known as an ‘Infested Block’ which is usually a block that looks exactly like the cobblestone you were probably mining for the past two hours, but when you hit these ‘Infected Block’s a mob of Silverfish will spawn. Most people suggest that when you start running into Silverfish you are most likely at light level 11 or lower.

The other way in which Minecraft Silverfish spawn in from a spawner, but these only generate in the End Portal room of a Stronghold. Some people think that finding Silverfish suggests you are close to a Stronghold, but this is not clear.

If you cause them damage and they survive, including poison, they usually call for help from other Silverfish who will spawn. So, if you don’t get rid of them quickly, you might get overwhelmed.

Certain enchantments can affect Silverfish, and many choose to enchant weapons with the relevant ones in order to deal with the nuisance that is Silverfish. Here are some examples:

Silverfish are a hostile mob that are very easy to kill. They come from infested blocks which are found below ground, or they come from Spawners found in Stronghold End Portal rooms. Many people think Silverfish are an indicator of what light level you are at, as well as how close you are to a stronghold. For more on how to get rid of Silverfish in a pickle, check out our other Silverfish guide. 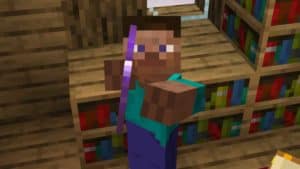 How to get Minecraft Infinity Enchantment